The regiment's day was celebrated on P7 in Revingehed

As expected, many visitors came to the Regiment's Day on P7 in Revingehed outside Lund. Maybe more than 2019 when 25,000 people came. - There is a pent-up need after the pandemic and the security policy situation and the war in Ukraine certainly increase interest, says Lennart Widerström, regimental commander at P7. 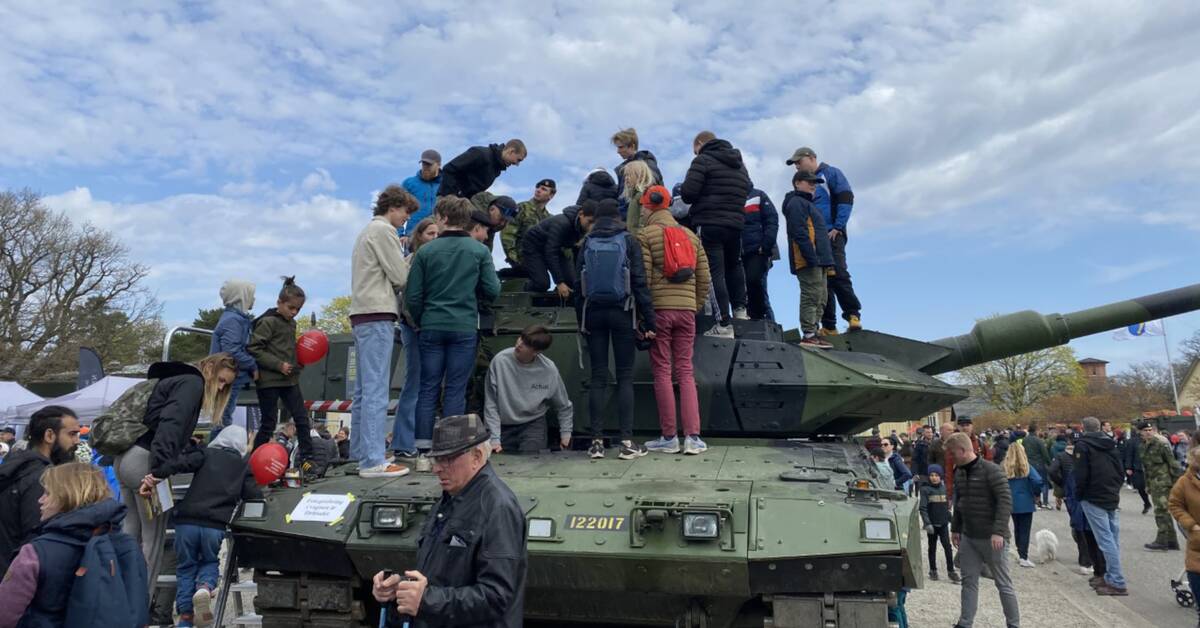 Children and adults climb onto the roofs of military vehicles and sit behind the wheel.

They eat sausages and look into military tents.

They listen to speeches and marching music.

JAS 39 The Gripen is the attraction in the air and on the ground there is a combat display with armored vehicles.

- It's exciting to see when they shoot.

That's mostly why I came here, says Gabriel Lundh, who has a few years left until he can do military service.

Many wanted to take pictures home from Saturday's show on P7.

Interest in the defense has increased since the war broke out in Ukraine on February 24.

- It's so easy to relate to when we see what's happening in Ukraine.

How families flee or stay.

They separate and the need and suffering that arises, says Governor Anneli Hulthén, who is the keynote speaker at Regiment Day.

Horses have historically played a major role in defense.

She thinks that all Scanians should think about what they do if the crisis worsens.

- We have focused a lot on prepping and what to have in that box, but really you should also have a mental box so you are prepared in case the crisis gets worse, says Annelie Hulthén.

The governor thinks that the people of Skåne should think through how they themselves will live and act if the crisis comes closer to us.

Hear the chief's thoughts and why some of the visitors chose to visit the P7 regiment in the clip above.

There are also more historical elements on Regiment Day in Revingehed.