Several countries have promised to help with the reconstruction of Ukraine - and Sweden has promised to be responsible for the Mykolaiv region, said Ukrainian President Volodymyr Zelenskyj on Saturday. But that image is not shared by the Swedish Ministry of Foreign Affairs. "There is currently no such agreement," writes the Foreign Ministry's press service in an email to SVT News. 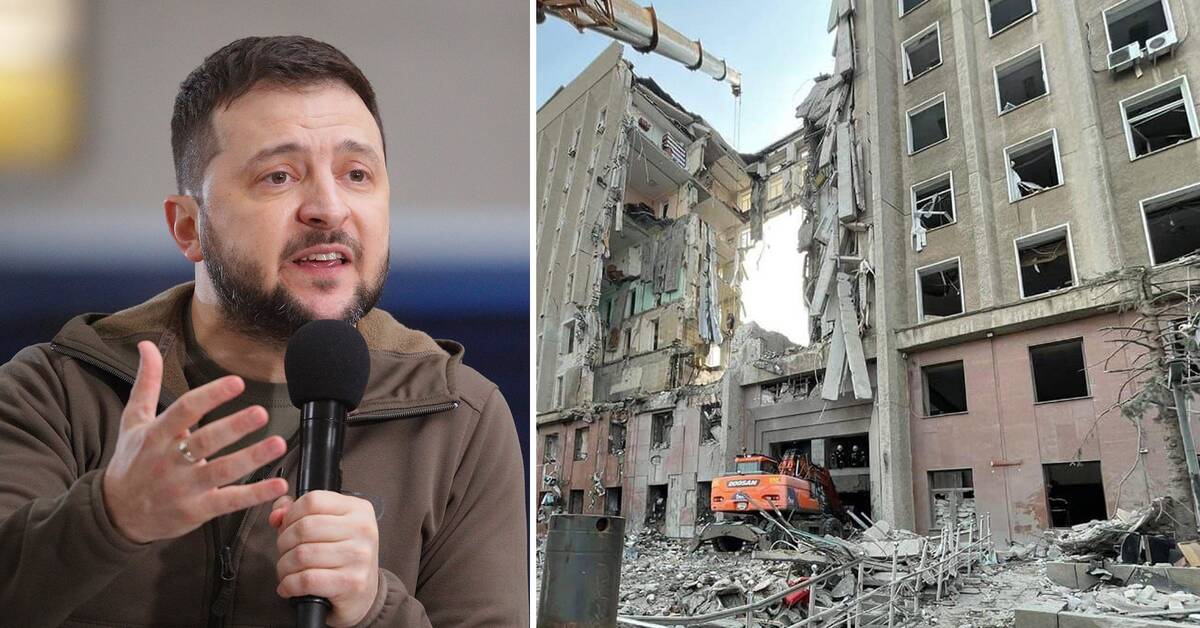 During a large, and unusual, press conference in the Kiev metro on Saturday, Ukrainian President Volodymyr Zelenskyj spoke about the reconstruction of the country when the war is over.

Responsibility for the Mykolajiv region

Zelensky then said that Ukraine has already begun dialogue on the country's reconstruction with leaders in several countries.

A number of countries - including Sweden - have already promised to help.

- The UK has already confirmed that they support this program, as does Sweden.

President Zelensky also said that each country will take responsibility for a particular region of Ukraine.

- Boris Johnson has promised to help us with Kyiv.

And Sweden will take responsibility for Mykolajiv and the Mykolajiv region.

We take one step at a time.

But that picture is not shared by the Ministry for Foreign Affairs.

"There is currently no such agreement," writes the Foreign Ministry's press service in an email to SVT News.

SVT Nyheter asked the Ministry for Foreign Affairs for a comment already on Saturday night.

In a written comment on Sunday, the ministry writes that Sweden is in discussions with Ukraine.

"Intensive talks are currently underway between international partners on the forms of reconstruction of Ukraine.

Sweden wants to continue to provide extensive support to the country and be an active party in the reconstruction process.

How it will be done, including whether individual countries may contribute to support for individual areas, we will return to on an ongoing basis ", writes the Foreign Ministry's press service in an email.

Spoke in the Swedish Parliament

In connection with President Zelensky speaking to the Swedish Parliament, he also spoke about the reconstruction of Ukraine.

- I want Swedish companies, Swedish architects, the Swedish state and the Swedish people to participate in this, he said then.

- He asked that we look at reconstruction, it is very interesting, we will continue to work with it.