Presidential: Marine Le Pen acclaimed in the second round in Overseas

Beaten on a national scale, Marine Le Pen however ranked first in a majority of overseas departments and regions on Sunday, in the second round of the presidential election. The Ras candidate… 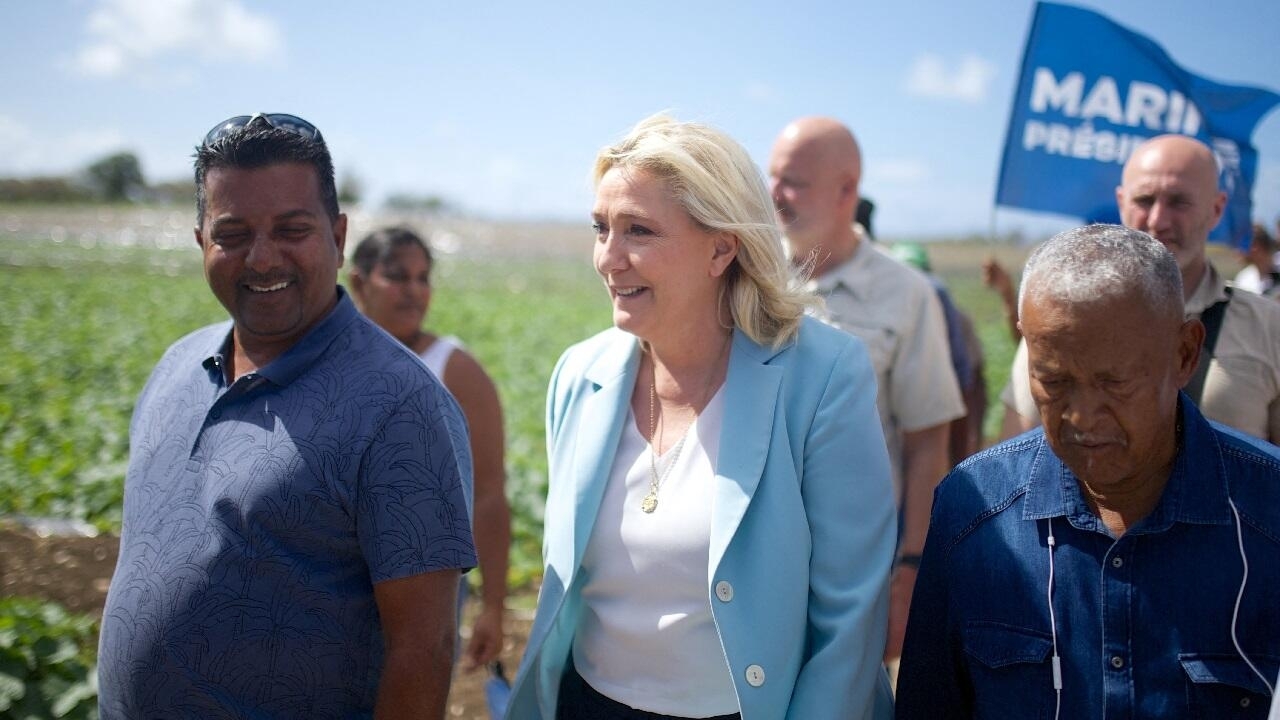 In her speech, shortly after 8 p.m. on Sunday April 24, when the first results gave her beaten again by Emmanuel Macron in the second round of the presidential election, Marine Le Pen had a few words for the overseas departments and regions. sea ​​(Drom).

"This too forgotten France, we do not forget it," she said.

The photography of the second round of 2022 no longer has anything to do with that of 2017. Five years ago, in the ten non-French Droms established abroad (Guadeloupe, Martinique, Guyana, La Réunion, Saint-Pierre- et-Miquelon, Mayotte, Saint-Martin/Saint-Barthélémy, Wallis-et-Futuna, French Polynesia, New Caledonia), Marine Le Pen had been systematically outstripped by Emmanuel Macron.

On Sunday, the relationship was largely reversed: it was only in Wallis-and-Futuna, French Polynesia and New Caledonia that the outgoing president came out on top.

“Anti-Macron sentiment is of considerable power”

In all cases, abstention was much higher than in the country as a whole, where it is around 28%.

However, in Guadeloupe, Martinique and Guyana, voters moved to the polling stations more than in the first round.

For political scientist Martial Foucault, it is indeed voters "who moved and did not want to vote Emmanuel Macron".

In the West Indies, "anti-Macron sentiment is of considerable power", he explains.

Martial Foucault continues: "The Le Pen vote is still a vote by default above all, not a vote to join Marine Le Pen's program."

In these last three departments, Jean-Luc Mélenchon ranked by far in the lead in the first round two weeks ago.

Despite the instructions "not a vote for Marine Le Pen" from the leader of the rebels, the far-right candidate still won a number of votes.

From the end of 2021, Guadeloupe and Martinique were shaken for several months by a violent protest against the anti-Covid vaccination which turned into a social crisis, prompting the government to send reinforcements of security forces. order.

The spark of violence was triggered in Guadeloupe in November by the entry into force of the obligation for caregivers and firefighters to be vaccinated against Covid-19.

The confidences of Georges, 82, in a polling station in Baie-Mahault, Guadeloupe, illustrate this resentment against Emmanuel Macron.

This retiree from the Post Office claims a "vote of protest": "When you allow yourself the right to trample on freedom, to prevent people from speaking, to send the GIGN to 'massacre' a population, it's not okay. If you can't take advantage of French freedom and fraternity, it's not worth it."

Martial Foucault makes a "distinction" between the "sanitary anger" which animated the West Indies and "a social anger in Reunion, which is the result of the movement of yellow vests" launched in 2018. The island of Reunion is the territory overseas "the most powerfully affected in terms of mobilization among young people", deciphers the political scientist.

Mayotte is also a special case.

In this department marked by insecurity and illegal immigration, the Marine Le Pen vote has been progressing for several years, both in the presidential and European elections.

Overseas France represents a new pool of voices for the National Rally.

In 2002, when the party, then still named National Front and led by Jean-Marie Le Pen, reached the second round for the first time in its history, it did not seduce.

Faced with Jacques Chirac, the "Menhir" had only collected between 3.85% (in Martinique) and 19.58% (in New Caledonia) of the votes.