For fear of being killed or imprisoned, Ethiopian peacekeepers from Tigrays seek asylum in Sudan

Hundreds of United Nations peacekeepers from Ethiopia's Tigray region have refused to return, fearing for their safety, and have sought asylum in Sudan, highlighting deep ethnic divisions. 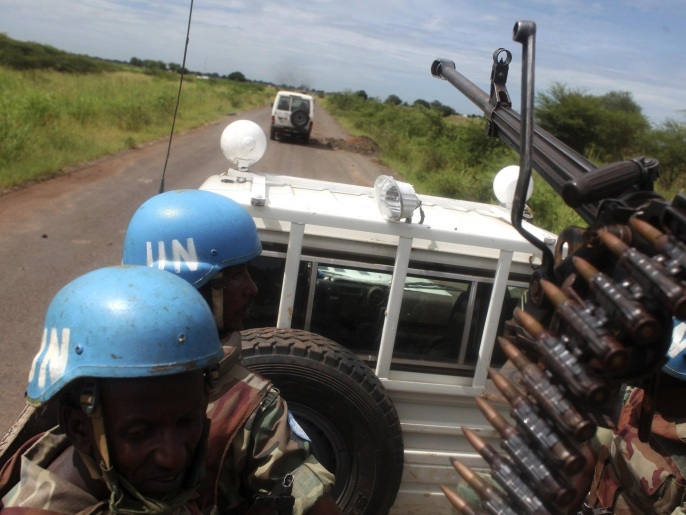 Hundreds of United Nations peacekeepers from Ethiopia's Tigray region have refused to return, fearing for their safety, and have sought asylum in Sudan, highlighting deep ethnic divisions.

Until last year, Ethiopian forces represented the majority of the 4,000-member mission in the disputed Abyei region between Sudan and South Sudan.

The Ethiopian force was dispensed with a multinational one in light of the deterioration of the relationship between Addis Ababa and Khartoum against the backdrop of a land dispute and the Renaissance Dam that Ethiopia built on the Blue Nile, which Sudan fears will threaten its access to water.

A spokesman for the United Nations peacekeeping force in New York said most of the Ethiopian forces had returned, but some of their members had sought asylum.

The source explained that "a number of peacekeeping forces have decided not to return and are seeking international protection. The United Nations will protect them in a safe place."

He added, "The responsibility to grant them political asylum lies with the Sudanese authorities, which receive the assistance of the United Nations High Commissioner for Refugees in receiving these individuals."

And 528 Ethiopian soldiers from Tigray have applied for asylum in Sudan, according to Major Gebre Kidani, a former peacekeeper from Tigray.

Two of his companions confirmed the number to Agence France-Presse.

Explaining his decision to apply for asylum in early March, Kidani, 40, said in a phone call with the agency while he was in Abyei, "Returning to Ethiopia is not safe and we want to be the voice of the Tigrayan people" before the international community.

Since Ethiopian Prime Minister Abiy Ahmed sent troops to Tigray in November 2020 in response to what he said were rebel attacks on army camps, the conflict has divided the multi-ethnic country.

The authorities' early victory against the Tigray People's Liberation Front - which ruled Ethiopia for nearly 30 years until 2018 - was followed by the rise of the rebels last June, when they regained control of Tigray and expanded into neighboring areas.

The war has continued since then, while basic services have been suspended in Tigray for several months, while aid is arriving very slowly after the two sides agreed on a conditional humanitarian truce in late March.

The ranks of the federal army were purged of Tigrayan officers shortly after the outbreak of the war, while Tigrayans reported arbitrary arrests in Addis Ababa.

"Peacekeepers from Tigray have in the past returned to Ethiopia. Some were arrested and some were killed," said Gibri Kidani, who has been in Abyei since July 2020.

Another officer from Tigray stated that he, like his comrades, also sought asylum, but refused to make any further statements for fear of reprisals from his family members.