Venice Biennale: the spotlight on women artists, collectives and minorities

This year, 80 national pavilions adorn the center of the largest art event in the world, the Venice Biennale of Contemporary Art. More than 200 creators, from 58 countries, 80% f… 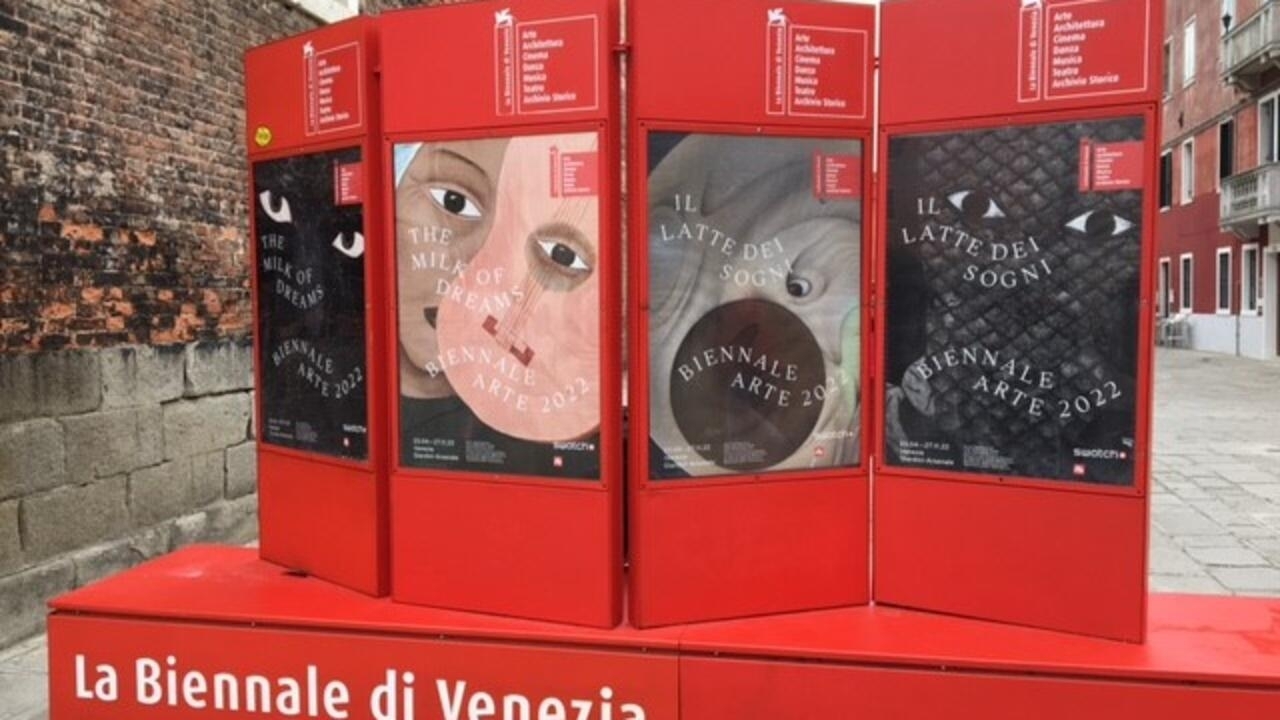 Venice Biennale: the spotlight on women artists, collectives and minorities

General photo of the biennial of the arts entitled "The milk of Dreams".

This year, 80 national pavilions adorn the center of the largest art event in the world, the Venice Biennale of Contemporary Art.

More than 200 designers, from 58 countries, 80% women, were invited by curator Cecilia Alemani.

A monster and unique artistic showcase to be seen this year exceptionally until November 2022.

Among the biennials that punctuate the art world, that of Venice is unique.

It's the sporting equivalent of the Olympics.

A high-level competition of talents from all over the world.

A showcase for the most experienced, a springboard for the youngest.

Curator Cecilia Alemani has decided to move the lines of the great history of Art, by giving an unprecedented place to women in the colossal exhibition which is organized in the Arsenal and in the famous Giardini, the gardens.

Collectives, minorities, the less well endowed are in the spotlight.

This year, new countries are entering this big league, such as Cameroon, Namibia, Nepal, Uganda, Oman, Kazakhstan and Uzbekistan;

because the Venice Biennale is also an opportunity for States to highlight an artistic scene in pavilions entrusted to national artists.

The richest or oldest countries (the Biennale dates from 1895) have a storefront in the Giardini.

The others find reception places throughout the city.

This year, the Netherlands left the gardens to offer their space to Estonia, the Nordic countries gave way to make way for the Sami, an indigenous people of the Arctic.

The Polish pavilion is entirely occupied by the large tapestries of the Roma artist Malgorzata Mirga-Tas.

The Russian pavilion remained closed, as the artists resigned during Russia's invasion of Ukraine.

The war in Ukraine, at the gates of Europe, is symbolized within the Giardini by a large empty central space made of burnt wood and a mound of sandbags.

What to see in the Giardini?

The American pavilion is impressive.

A gigantic black sculpture in the shape of a totem or a fetish connects the two wings of the hut-like building.

Zineb Sedira has designed an original scenography, a film set inspired by films from the 1970s/80s, to talk about the cinematographic links between France, Algeria and Italy in the post-decolonization period.

The film - which she made from archives and personal memories and in which she plays - tells her identity, born in France of Algerian parents, living in England for 25 years, but also her artistic or friendly ties.

From the intimate within the great story.

The political question is still present in the Canadian pavilion.

Stan Douglas exposes through four large color photographic prints the ups and downs of the world.

His 2011#1848 project reflects two years of revolts in Europe and elsewhere, from the Arab Spring to the Occupy movement born in New York.

In terms of shock installations, the Danish pavilion offers hyperrealist sculptures of dead centaurs by Uffe Isolotto, somewhere between mythology and gore.

As chilling as it is stunning.

Mythology is just as featured in the Greek pavilion where Loukia Alavanou's project revisits the story of Oedipus in immersive images, through characters played by Roma.

In the Brazilian pavilion, we play with words and images.

The front door is a giant ear pavilion!

The prize for crazy fantasy goes to the duo of artists from the Austrian pavilion Jakob Lena Knebl and Ashley Hans Scheirl for their kitsch and colorful universe.

But the work that calls out is undoubtedly that of Francis Alÿs, guest artist of the Belgian pavilion.

A dozen large video panels with sound system list, collect, outdoor children's games on all continents, a world in the process of disappearing.

Because the children of men hardly occupy public spaces any more, the fault of the shrinking living spaces of cities, of cars, of the fears of parents and of digital technology which creates virtual modes of communication and modifies in an almost anthropological way the news generations.

"The milk of dreams" is the title of this edition chosen by Cécilia Alemani, a reference to the homonymous book by Leonora Carrington surrealist artist, painter and British novelist who had fled Europe for Mexico in 1942. A book by children's stories she drew on the walls of her Mexican home for her two sons Pablo and Gabriel.

A starting point for an artistic reflection on identity, the fragility of the world and of man in the face of technology as much as on the power of the marvellous.

The Venice Art Biennale irrigates the whole city, in many places and galleries, while several major museums present exhibitions dedicated to world-renowned artists.

The 59th Venice Biennale of Contemporary Art in pictures