It is a "quarter-final" which does not say its name: Montpellier, the leader, receives Bordeaux-Bègles, its runner-up, to get closer to a direct place in the semi-final, while Toulouse, diminished, loses... 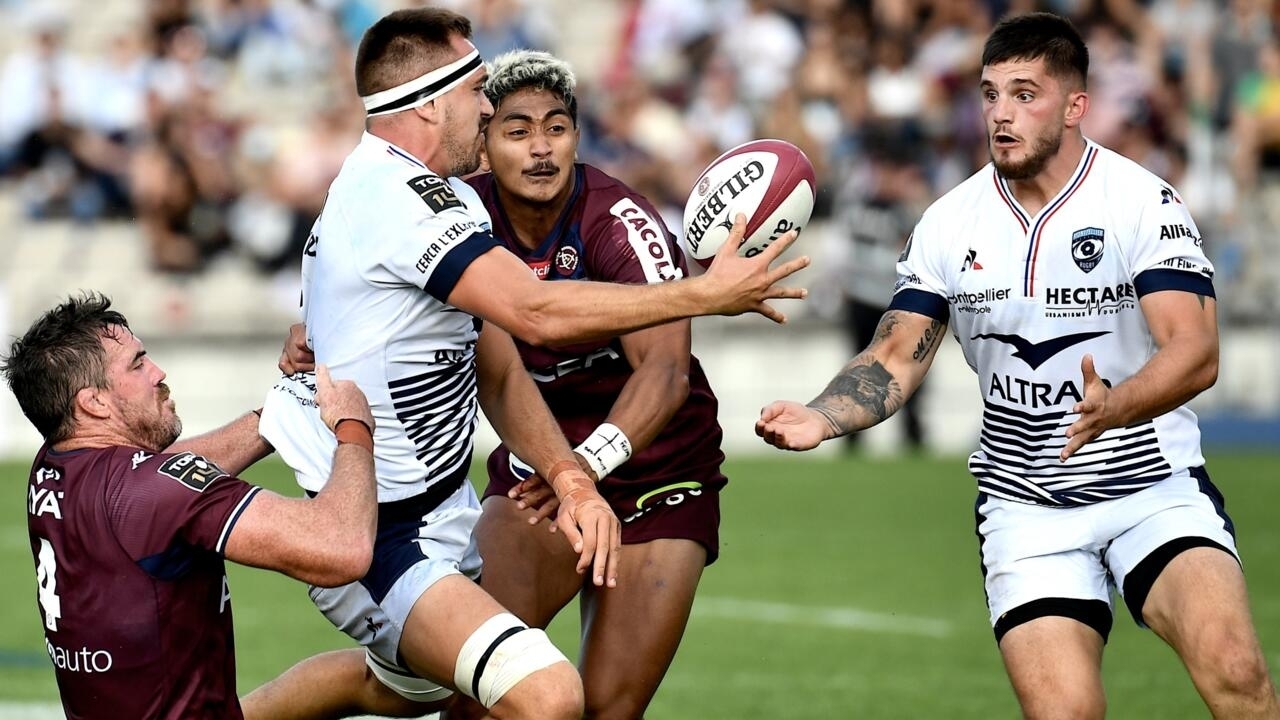 The reunion between Stade Toulousain and Cheslin Kolbe will not take place.

The South African supersonic, transferred this summer to Toulon (9th, 51 pts), will be absent "between five and six weeks" because of a broken thumb, said his coach Franck Azéma.

But the reigning French champion (5th, 57 pts) has other fish to fry for his XXL shock, relocated to the Vélodrome stadium in Marseille: Ugo Mola's men are not yet guaranteed a place in the play-off.

Toulouse 3rd line Anthony Jelonch tears up on the lawn of Ulster in the round of 16 second leg of the European Cup on April 16, 2022 Paul Faith AFP / Archives

The MHR wants to give itself some air

With five points ahead of its rival on Sunday and fourteen on the seventh, Montpellier (1st, 68 pts) can validate its ticket for the semi-finals in the event of success in front of Bordeaux-Bègles (2nd, 63 pts) and favorable results in the other meetings of the day before.

Especially since their opponents of the day arrive in the Hérault as a wounded beast, having won only two of their last ten matches.

On the contrary, the MHR, third attack and fourth defense of the Top 14, remains on three successes in four meetings.

And if need be, just to add a little salt to this shock at high altitude: the former heroes of Montpellier Louis Picamoles and François Trinh-Duc, today at UBB, will find their lifelong friend Fulgence Ouedraogo.

Three players who will hang up at the end of the season.

Fulgence Ouedraogo congratulates Francois Trinh-Duc, then his partner in Montpellier, after a try against Stade Français in the Top 14 on December 30, 2012 in Montpellier SYLVAIN THOMAS AFP / Archives

Racing 92 on its guard

After three successes in front of the French stadium, including two in the European Cup, Racing 92 (6th, 56 pts) plunges back into the championship with one goal in mind: to chain victories to secure a place in the six .

"There are four games left, we know that we are going to have to take more points than the other teams because we don't have much room," said Ile-de-France forwards coach Didier Casadeï before the reception from Biarritz.

But no question of relaxing against the red lantern (14th, 24 pts).

Pillar Hassane Kolingar ball in hand with Racing 92 against La Rochelle in the Top 14 on February 29, 2020 in Nanterre Thomas SAMSON AFP / Archives

"It's a tricky match: they're last and, in their place, we'd play all the right moves. It's a team that likes to play, that also likes to fight... We saw that in the first leg ( defeat 28-19, editor's note), it's a bad memory", added the pillar Hassane Kolingar.

Finally, Stade Français (11th, 45 pts), ahead of Pau (10th, 45 pts), will try to get back on their feet after several trying weeks, with three defeats in a row against neighboring Racing 92, the suspension for eleven weeks of Tolu Latu or its owner's media outlets.