One point is enough for Paris SG to clinch their 10th French championship title against Lens on Saturday (9 p.m.) and join the Greens of Saint-Etienne on the list, more concerned about their future in the League… 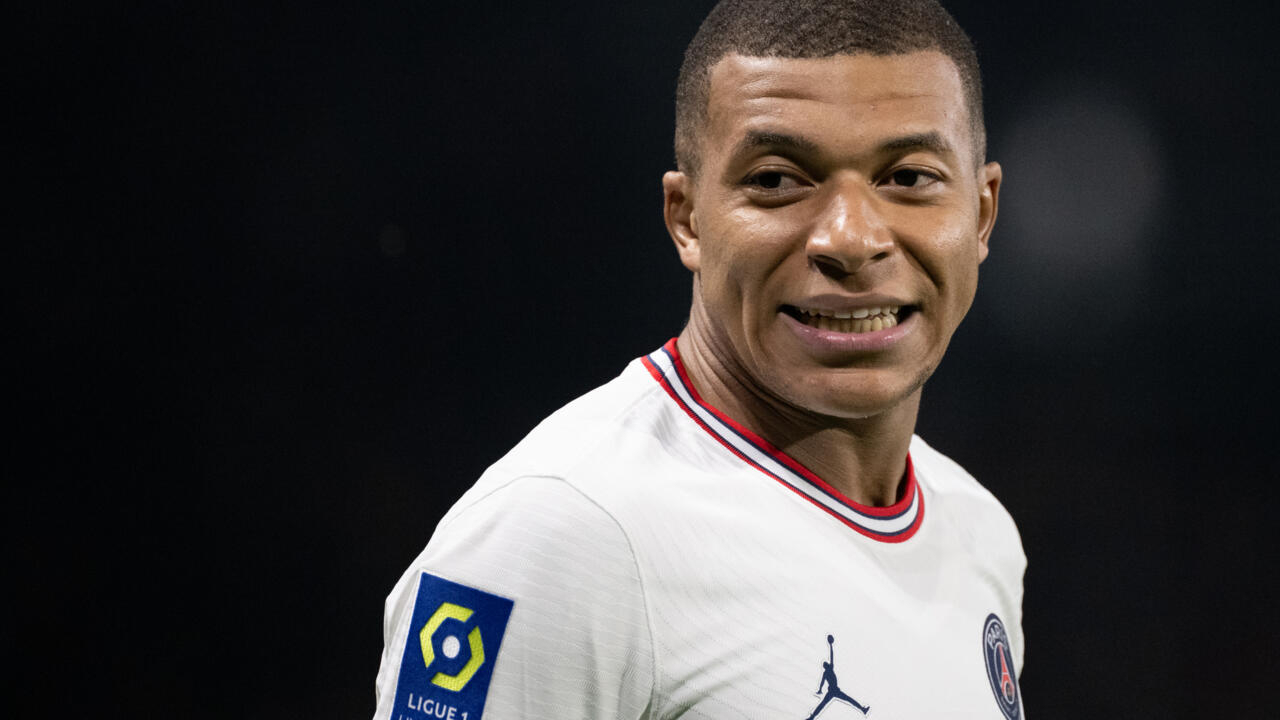 "One step from the title", to use the expression of Kylian Mbappé.

The best pyrotechnician (22 goals) and decisive passer (14) in the French Championship could obtain the fifth title of his young career in L1, at only 23 years old, on Saturday (9:00 p.m.) against Lens.

This will require PSG, fifteen points ahead of OM before the last five days, to at least draw against the Sang et Or.

Winning a tenth title in L1 to equal the record of Saint-Etienne would perhaps allow the Parisians to soften the atmosphere of the Parc des Princes, weighed down by the anger of certain supporters.

Disappointed by the club's sports policy and orientations deemed to be contrary to their values, the ultras first whistled the stars Neymar and Lionel Messi after the new disappointment suffered in the Champions League, before opting for a strike. encouragement.

In Angers, some even left the pen before the final whistle which could have, without OM's victory against Nantes (3-2), been synonymous with the tenth title for PSG.

Florian Sotoca (g) with RC Lens against Monaco in the Coupe de France on January 30, 2022 at the Bollaert stadium in Lens FRANCOIS LO PRESTI AFP / Archives

Seventh in the standings and still in the race for the podium, Lens will do everything to dampen the atmosphere and strengthen its chances of competing in European competition next season.

"We want to finish as high as possible. We are capable of anything," warns striker Florian Sotoca.

Twenty is the number of points won this season by AS Saint-Etienne after being behind (out of a total of 31 points).

The 20th was scratched Wednesday in Bordeaux (2-2), where the Greens had to overcome a two-goal handicap generated after only 23 minutes.

Call for the ball by Denis Bouanga, from Saint-Etienne, against Bordeaux in Ligue 1 on April 20, 2022 at the Matmut Atlantique stadium in Bordeaux ROMAIN PERROCHEAU AFP / Archives

In France, only PSG (21 pts) has done better in such a situation this season, sharing the record among the major neighboring championships with Hoffenheim in Germany, according to statistician Opta.

Untenable for two months, Gabonese striker Denis Bouanga was the big player in the comeback against the Girondins, first by reducing the score, then by delivering a decisive pass for Arnaud Nordin on the equalizer.

The players "give me strength, joy, I admire them," said Stéphane coach Pascal Dupraz.

"Sometimes they irritate me with their defensive hesitations but they are in good health. I have more than hope, I have certainties, they are mine, but ASSE will hold on".

It will be necessary to raise the level on Saturday (7:00 p.m.) in the cauldron of Geoffroy-Guichard where a team is in great shape: Monaco, fifth, remains on five victories.

A sixth could send Wissam Ben Yedder's partners to the podium.

The player: Guendouzi, the tireless

AS Monaco's Wissam Ben Yedder after the final whistle of the Ligue 1 match against Nice on April 20, 2022 at the Louis II Valery HACHE stadium AFP/Archives

In the final sprint, OM can count on a marathon runner: midfielder Mattéo Guendouzi tackles his 50th match played this season in Reims on Sunday, more than 4,000 minutes displaying his hair and his impressive activity in the midfield.

"He is a player who has a very competitive DNA, who always wants to win", and on the pitch "he is the one who gives us this rhythm in the game, which allows us to be more precise and efficient", said noted his coach Jorge Sampaoli on Friday, referring to a "key player" for OM and who "will still grow".

Former PSG, the native of Poissy was quick to conquer the Vélodrome, which notably acclaimed him during the second of his three selections with the France team, at the end of March against Côte d'Ivoire (2- 1).

Wednesday against Nantes, the supporters of the North turn had dedicated a banner to him: "Mentality + loose nothing + like Guendouzi".

Will he still be lined up on Sunday in Reims (8:45 p.m.), while OM will play five matches in 15 days, including a European semi-final against Feyenoord Rotterdam in the Europa League Conference?

Sampaoli will undoubtedly need his slaughter and his generosity to continue the good series of OM, second in L1 (62 pts).

History of keeping Rennes (3rd), Strasbourg (4th) and Monaco (5th), three teams at 56 points, at a distance, in the race for second place directly qualifying for the Champions League next year.

The 3rd will play the 3rd preliminary round.

The 4th qualified for the Europa League group stage.

The 5th qualified for the play-offs for access to the group stage of the Europa League Conference.

The last 2 relegated to Ligue 2.

The 18th will compete for their place in L1 during a round-trip play-off with the L2 club which emerged victorious from the pre-play-offs.