Hong Jun-pyo, a fifth-term lawmaker, was elected as the candidate for Daegu mayor in the June 1 local election, the People's Power. Kim Jin-tae, a former lawmaker who served as a re-elected member of the Gangwon branch, and Heo Hyang-jin, a former president of Jeju National University, won the tickets for the Jeju branch, respectively. 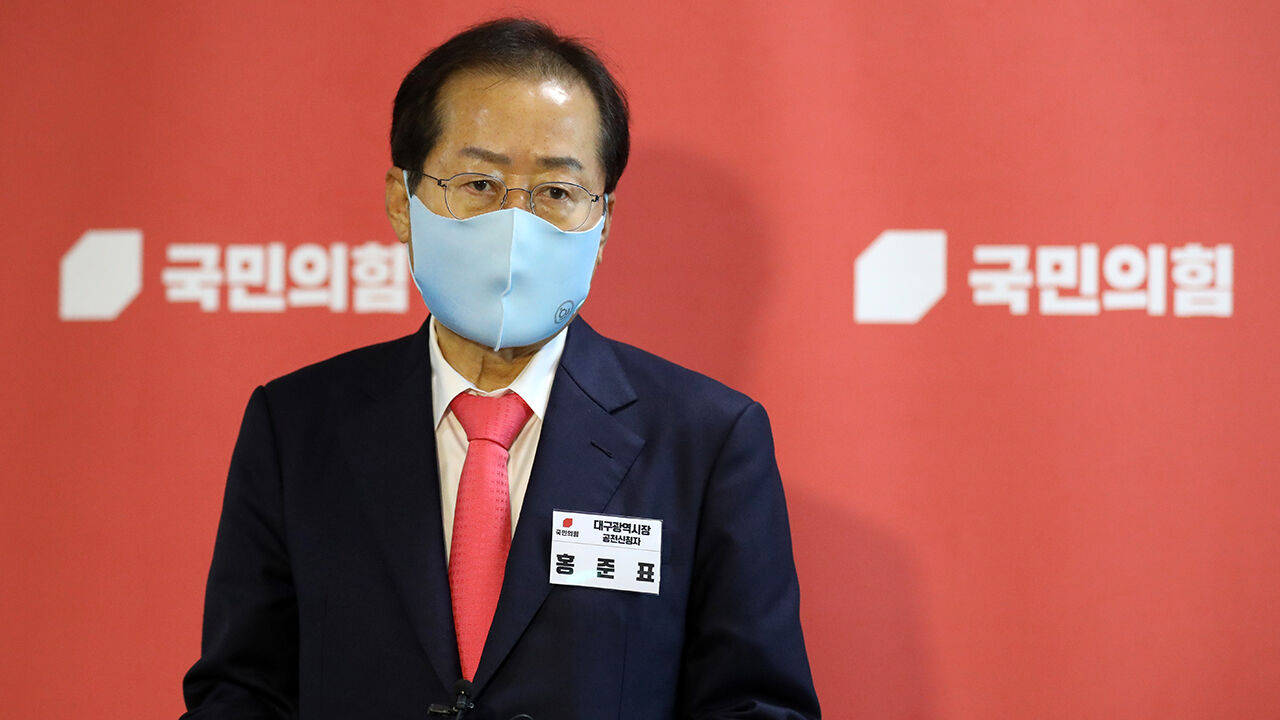 Hong Jun-pyo, a fifth-term lawmaker, was elected as the candidate for Daegu mayor in the June 1 local election, the People's Power.

Kim Jin-tae, a former lawmaker who served as a re-elected member of the Gangwon branch, and Heo Hyang-jin, a former president of Jeju National University, won the tickets for the Jeju branch.

On the morning of the 23rd, Jeong Jin-seok, chairman of the People's Power Nomination Management Committee, announced the results of the election for regional leaders through a briefing at the National Assembly.

The primary election was held for two days from the 21st to the 22nd, and 50% of each of the results of the effective voting of the responsible party members and the public opinion polls were reflected.

In the Daegu mayoral election, Representative Hong, who had Suseong in Daegu as his constituency, won 49.46% (reflecting 10% of his running for active and independent candidates), defeating former Supreme Councilmember Kim Jae-won (26.43%) and Attorney Yoo Young-ha (18.62%) for nomination. has taken

Rep. Hong was ahead of the general public opinion polls in the last presidential election, but fell behind in the party member votes, giving up the seat to President-elect Yoon Seok-yeol.

Attorney Yoo, who put his 'park heart' at the forefront, such as entrusting former President Park Geun-hye as the sponsorship chairman, recently tried to create an opportunity to pursue Rep. Hong through 'unification of candidates' with former Supreme Council member Kim, but was pushed to third place as the unification failed. .

As a candidate for Daegu mayor of the Democratic Party of Korea, Seo Jae-heon, former head of Daegu Donggu-gap, who applied for a single nomination, has been selected.

Former Rep. Kim, a former prosecutor, worked at the Chuncheon District Prosecutors' Office, and served as a re-elected member of the 19th and 20th legislators in the Chuncheon-si district.

However, when former Rep. Kim started a hunger strike and the controversy over 'yoon heart' grew over the single nomination of former anchor Hwang, who was the head of the TV debate team during Yoon's presidential nomination, it was decided to hold a two-way contest again. has been reversed.

The Democratic Party strategically nominated a third-term lawmaker, Lee Kwang-jae, with Won Joo-gap as the constituency candidate for the Gangwon governor.

In the Democratic Party, former Jeju Free International City Development Center (JDC) Chairman Moon Dae-rim and National Assemblyman Oh Young-hoon met in the primary for the Jeju governor candidate, and the candidates will be confirmed on the 27th.

Candidate Yong-Nam Kim, a former prosecutor, and Sang-Il Lee, a former journalist, served as members of the National Assembly.

In the four special cases, the final candidates were selected by reflecting 50% of the voting results for all members of the party in charge and 50% of the public opinion polls, respectively.