Representative Hong Jun-pyo was nominated for Daegu Mayor, and the candidate for Gangwon Governor Kim Jin-tae was confirmed. In the Democratic Party, the struggle continued over whether to include former Minister Park Young-sun in the mayoral race for Seoul mayor. 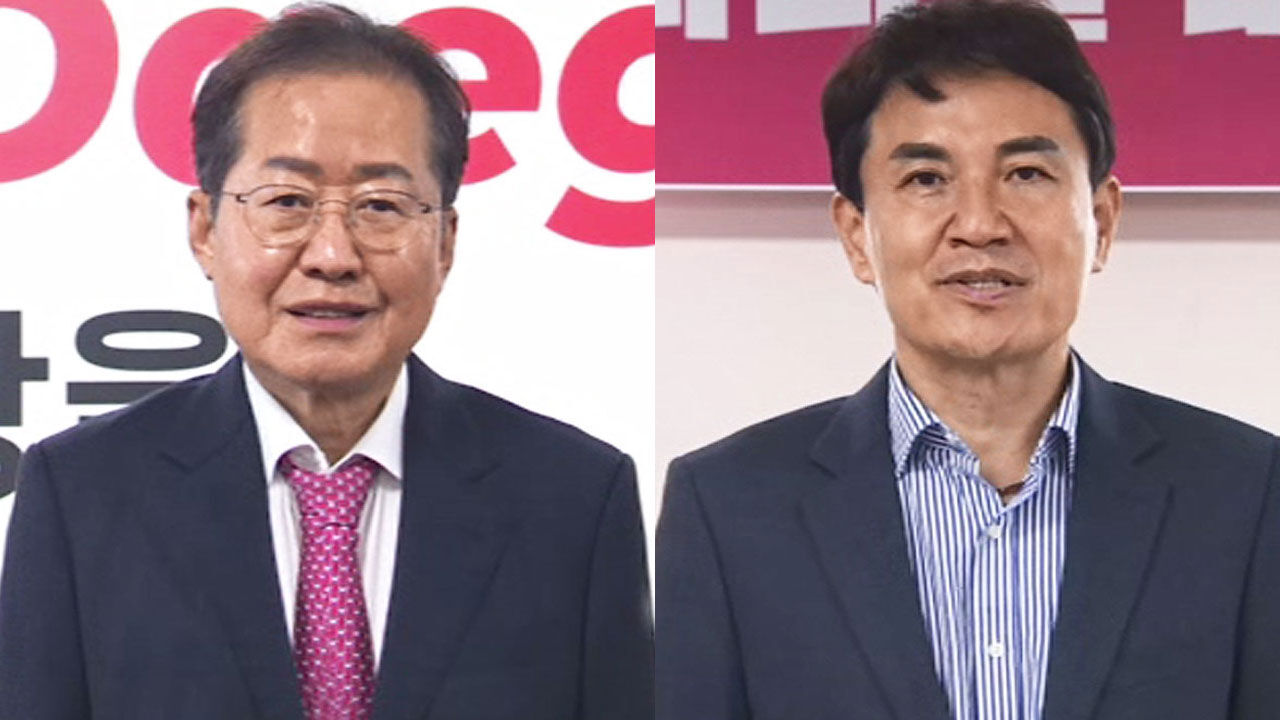 In the Democratic Party, the struggle continued over whether to include former Minister Park Young-sun in the mayoral race for Seoul mayor.

Reporter Park Won-kyung on the sidewalk.

Hong Jun-pyo, a fifth-term lawmaker who ran in the presidential primary last year, was selected as the candidate for the People's Strength Daegu mayor.

In the primary where 50% of the votes of responsible party members and the general public opinion polls were reflected, despite a 10% reduction in points due to running for an incumbent member, Rep. Kim Jae-won and former President Park Geun-hye, who emphasized a close relationship with Yoon Seok-yeol, were elected as sponsors. I easily beat the lawyer Yoo Young-ha in charge.

Rep. Hong said, "I sold Park Shim and Yoon Shim, but Daegu citizens and party members overwhelmingly chose Daegu for the next 50 years."

Re-elected former member of the National Assembly, Kim Jin-tae, was elected as a candidate for the Gangwon governor.

At first, People's Power nominated former KBS anchor Hwang Sang-moo, who served as the head of the TV debate preparation group for President-elect Yoon Seok-yeol, but as former lawmaker Kim protested and staged a hunger strike, a contest was held with former anchor Hwang.

[Kim Jin-tae/Former Power of the People: 'Things are people who organize things, but everything depends on the sky'] I used to think a lot.]

Former member of the National Assembly, Kim, will face up against Rep. Lee Kwang-jae, who was strategically nominated for the Democratic Party's Gangwon governor, in the final.

In the Democratic Party, the controversy over the Seoul mayoral primary has continued.

Yesterday (22nd), the Emergency Response Committee selected former Representative Song Young-gil, Rep. Park Ju-min, and former Assemblyman Jin-ae Kim as the preferred candidates for the primary contest, but the final decision was postponed in anticipation of the participation of former Minister of SMEs and Startups Park Young-sun at the last minute.

The non-captain said it would decide on the final list sometime today.