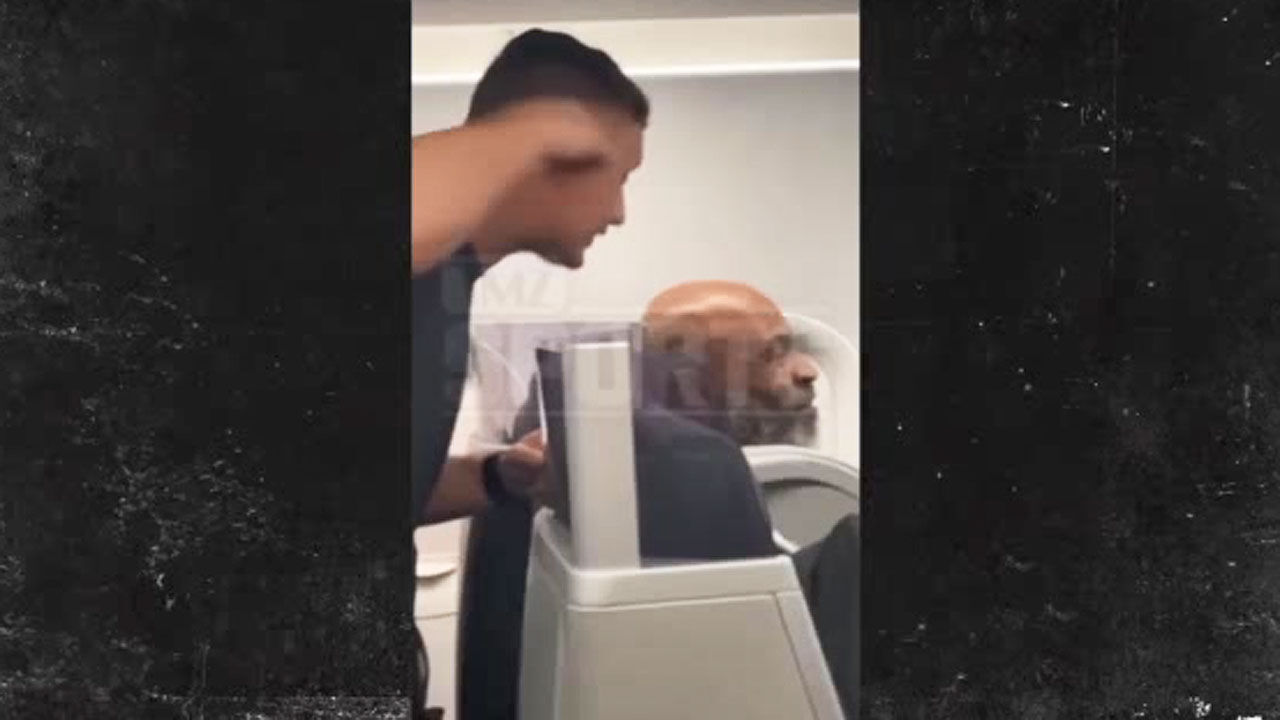 Former world heavyweight boxing champion Mike Tyson has been accused of assaulting a passenger on the same plane.

On the 21st local time, on a plane from San Francisco to Florida.

Tyson sits in front of a camera-conscious passenger.

According to eyewitnesses, Tyson initially had a friendly conversation with a passenger in the back seat and even took a commemorative photo.

But as this passenger continued to taunt him while still teasing his nerves, Tyson got up from his seat and punched him several times.

It happened in an instant, and the fist baptism stopped only after someone grabbed Tyson's arm and dried it.

Tyson got off the plane on his own after the assault, and the passenger with blood on his forehead was given first aid and an investigation was launched.

Tyson said the drunk passenger did not stop provoking and threw a water bottle.

Netizens commented, "Tyson, in the meantime, you've controlled your power. Still, you can't be assaulted!"

"The back seat passengers keep arguing. I think they had other intentions."