The news in drawing: the Russian army "liberates" Mariupol, field of ruins after two months of siege

Even if Ukrainian fighters continue to fiercely defend the huge Azovstal metallurgical complex there, Moscow said on Thursday that it had "liberated" the city of Mariupol, in the south of the… 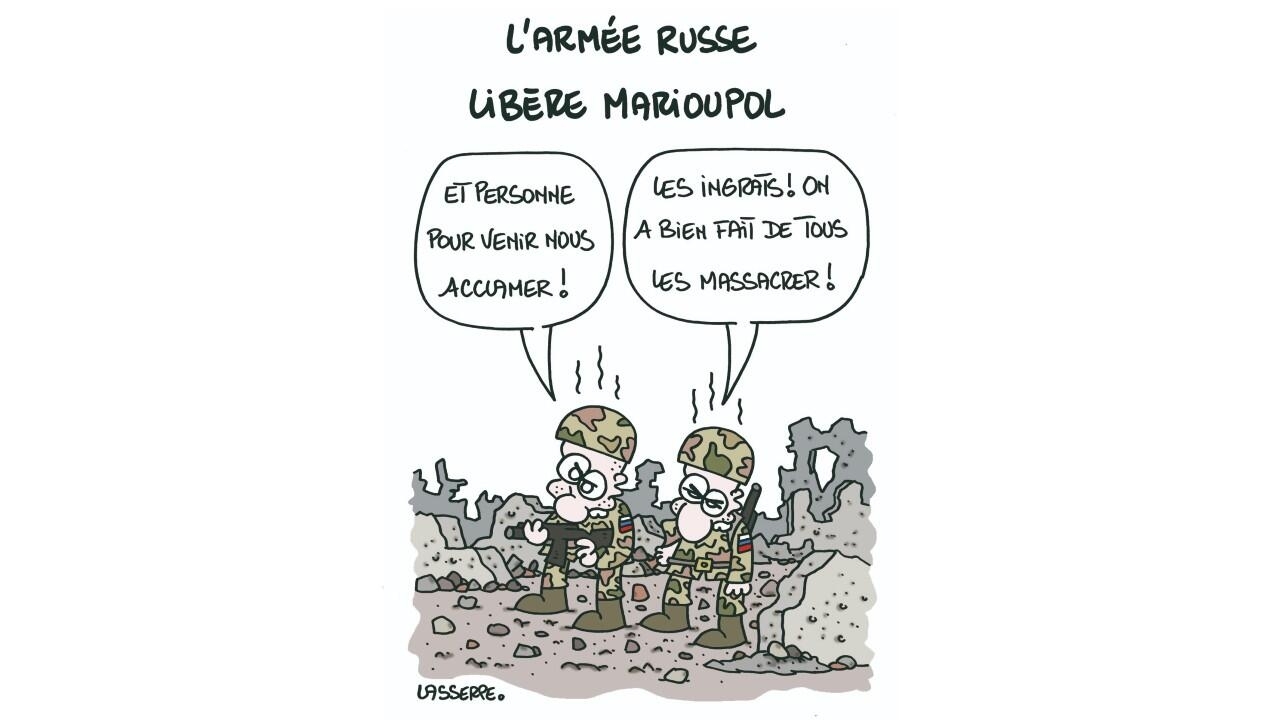 A strategic hold, reduced to ruins.

For several weeks, Mariupol, whose fall would constitute an important victory for Moscow, has been at the heart of the Russian offensive.

Having become a field of ruins after two months of shelling and siege, it has become a "martyr city".

"There is not a single undamaged building in Mariupol. A literally burnt city," Ukrainian President Volodymyr Zelensky said Thursday in a speech to Portugal's parliament.

"For more than a month, Russian troops besieged Mariupol (...). Hundreds of thousands of civilians were (stuck) there, without food, without water, without medicine. Under constant bombardment," he said. -he recounts.

According to the Ukrainian president, some 2,000 Ukrainian soldiers are still taking refuge in the huge Azovstal metallurgical complex, refusing to surrender.

With them, "about a thousand civilians, women and children" and "hundreds of wounded" are refugees.

Press cartoonist Lasserpe decided to illustrate this news by depicting two Russian soldiers, in the middle of ruins.

"And no one to come and cheer us on!" Laments one.

“The ingrates! We did well to massacre them all,” replies the other.

A cynical critique of Russian propaganda.