Signal for the US: how the YJ-21 hypersonic missile will strengthen China's capabilities in the Pacific

China demonstrated the launch of a new YJ-21 hypersonic anti-ship missile, media reported. A video of her launch from the Type 055 missile destroyer of the Republican Navy has been published online. According to military experts, the YJ-21 is a two-stage hypersonic ballistic missile with a range of up to 1,500 km. Analysts note that the appearance of such weapons will provide the Asian power with a significant advantage in the Pacific, primarily over the United States. 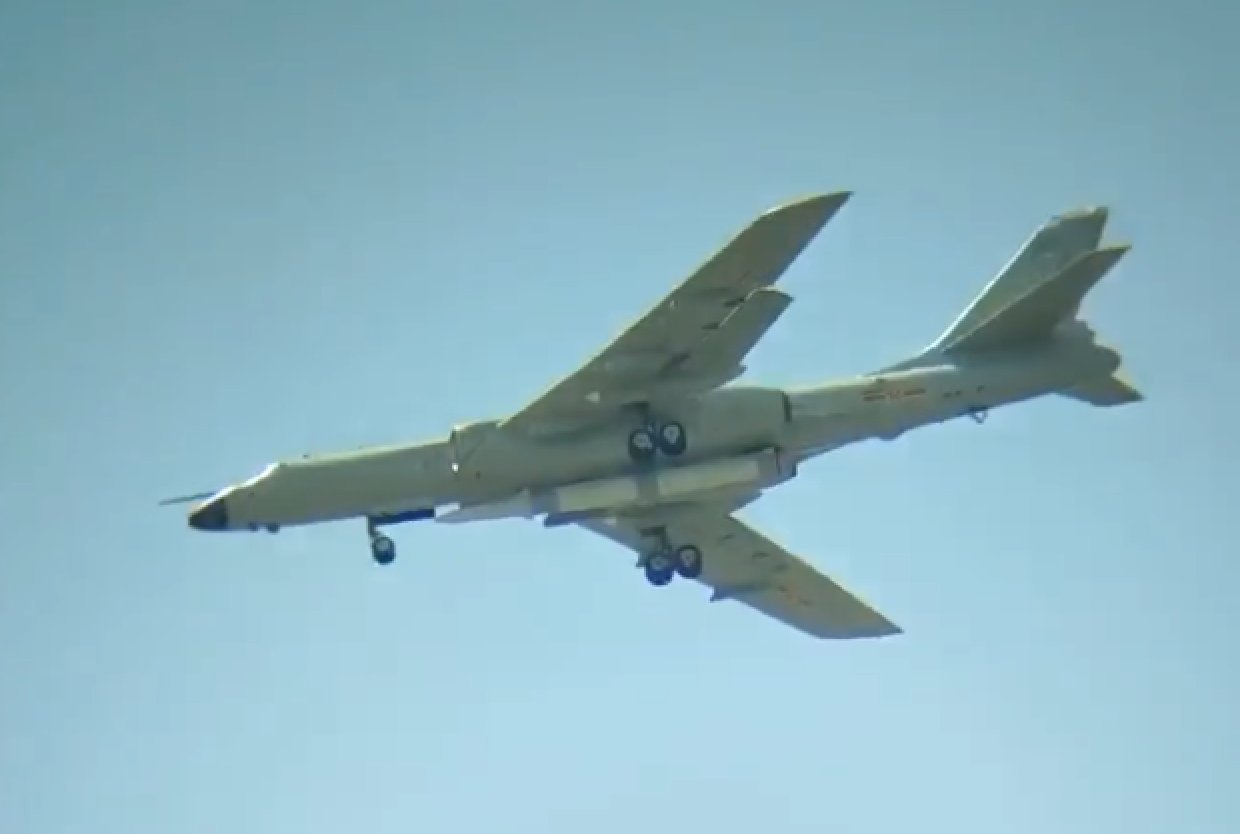 This was reported by the Hong Kong newspaper The South China Morning Post.

The publication notes that footage showing the launch of the rocket appeared on the network on the eve of the 73rd anniversary of the formation of the Naval Forces of the People's Liberation Army of China (PLA).

The authorities of the Asian power have not yet made any official statements on this matter.

A video of the launch of the YJ-21 missile (also known as the Eagle Strike 21) from the destroyer of the Type 055 project was published on the Chinese social network Weibo.

Specialized publications call these ships the newest and largest missile destroyers in the Chinese Navy.

According to media reports, they are equipped with 112 cells for launching various types of missiles.

Earlier, on April 19, footage also appeared on social networks in which a Chinese H-6N strategic bomber carried a YJ-21 missile.

This aircraft is a modern and deeply modified version of the Soviet "strategist" Tu-16.

The technical characteristics of the YJ-21 rocket were not published in the public domain, however, according to media estimates, its range can be up to 1.5 thousand km.

Experts note that the YJ-21 is a two-stage rocket that operates on the principle of a "cold" start.

The recording also shows that its control and guiding surfaces are smaller than those of cruise missiles.

According to analysts, this gives reason to believe that the YJ-21 is a ballistic missile with a hypersonic hovering unit.

Military expert, senior researcher at the Higher School of Economics Vasily Kashin, in an interview with RT, recalled that China is developing its hypersonic weapons technology based on ballistic missiles, and not cruise missiles, like Russia.

“This is a maneuverable ballistic missile that uses an additional stage, as well as additional aerodynamic surfaces, to maneuver, accelerate to higher speeds.

This is a weapon of enormous power, it will be difficult to intercept it with the available air defense systems that are protected, for example, by the same American aircraft carrier strike groups.

If there is an indication of the target, the Chinese can hit such a group with a high probability.

And, of course, this is an additional advantage in the event of a conflict in the Pacific,” Kashin said.

Specialized naval publications believe that the YJ-21 missile may be a further development of the CM-401 hypersonic anti-ship missile developed by the China Aerospace Scientific and Industrial Corporation (CASIC).

The launch is made from a platform mounted on an 8x8 heavy truck.

For the first time, this rocket with a launcher was demonstrated to the public in November 2018 at the China International Aviation and Aerospace Exhibition in Zhuhai.

According to open sources, the stated purpose of the CM-401 is to protect artificial islands created by the PRC in the South China Sea.

The United States is closely monitoring the development of hypersonic weapons in China, as it significantly affects the balance of power and limits the military capabilities of the Americans.

So, in a report to the US Congress dated March 17, 2022, it was noted that China had conducted a series of successful tests of DF-17 - medium-range ballistic missiles designed specifically for the delivery of hypersonic glide warheads.

According to US intelligence analysts, the range of this missile can reach 2.5 thousand km.

“Former U.S. Undersecretary of Defense for Research and Development Michael Griffin told Congress that the United States does not “have systems that could put China and Russia at risk, and we have no defense against their systems,” stated in the document.

According to analysts, the YJ-21 launch footage that appeared on the network is primarily addressed to states unfriendly to China.

“This is a very important signal, first of all, for the Americans, because they still maintain superiority over the PRC only in the field of naval weapons.

In a potential conflict between the United States and China, the main battle will be at sea, where the main means of deterring the PLA will be air groups on US Navy ships.

Beijing has long been looking for weapons that will help level the balance of power, ”military expert Vladislav Shurygin said in a conversation with RT.

“Now this missile has also appeared, which, in fact, makes it possible to neutralize American superiority at sea, because ship-based air defense systems against hypersonic missiles are simply ineffective.

From his point of view, such weapons seriously increase the combat potential of the Chinese Navy.

“Hypersonic weapons are the most advanced high-tech that all countries are trying to get, but the United States is lagging behind in this area.

Of course, the appearance of such weapons in the PRC both in aviation and in sea-based versions makes the American fleet in the Pacific region extremely vulnerable.

This will force Washington to be more careful in any potential conflict situations with China.

Such missiles in China's arsenal against the backdrop of the Taiwan problem are a cold shower for the Americans," Shurygin added.

Vasily Kashin holds a similar opinion, calling the appearance of the YJ-21 rocket a landmark event for China.

“This is an important breakthrough in the development of their combat capabilities, because this is a missile with a significant range, capable of launching from destroyers' vertical launch installations.

Judging by the available data, the YJ-21 resembles the Russian "Dagger".

Probably, this project is at the first stage of development - testing is just beginning.

Nevertheless, this is a significant step forward, which will give the Chinese a significant advantage in the Pacific Ocean, since the Americans have only conventional anti-ship missiles, ”the expert said.

He also suggested that by publishing footage of YJ-21 launches, Beijing is demonstrating its capabilities.

“They are clearly ahead of the United States in creating this kind of anti-ship missiles and are taking the opportunity to demonstrate this.

This affects the balance of power in the entire Pacific region, including the South China Sea," Kashin concluded.