Masayo Isurugi settles into a cubicle on the sixth floor of an elegant building in Tokyo, identifies himself with a smart card and waits for an automated system to present him with a box containing the ballot box… 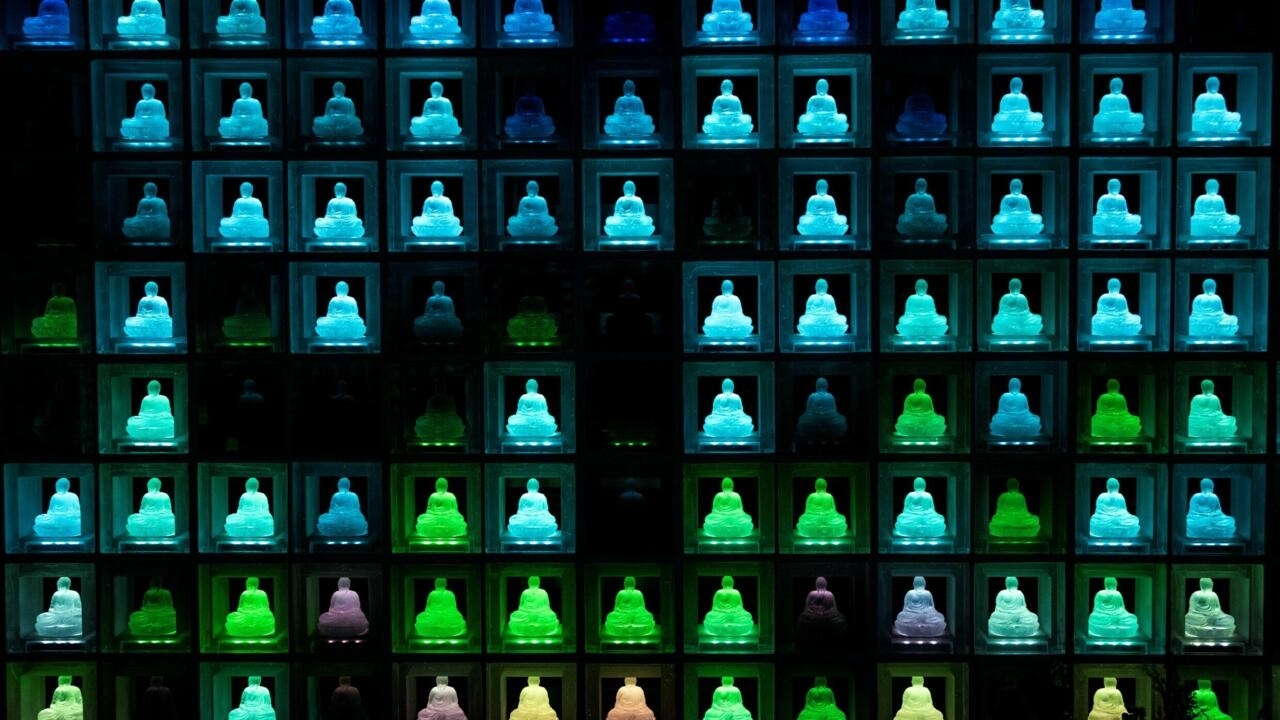 The 60-year-old widow is one of a small but growing number of people in Japan who are choosing to break away from traditional funeral rites and family vaults often located in the countryside in favor of facilities like Kuramae Ryoen.

While Mrs. Isurugi waits in the cabin, behind the wall an automated stacker crane moves almost silently and selects the "zushi", the box containing the urn of the ashes of Go, her husband.

Then exquisite wooden sliding doors open, like an elevator in a luxury hotel, revealing a shimmering black stone altar with the requested "zushi" in the center, while a picture of Go appears on a screen beside it. .

"But now I think it's better to have a place where I can go when I want to pray, rather than a family vault that I could rarely visit" because it is two hours away by train, adds- she.

In Japan, it is customary for the ashes of a deceased person to be placed in a family vault that has been used for several generations.

The eldest sons are generally responsible for maintaining the grave and paying for the cemetery annually.

Masayo Isurugi prays in front of an altar and the box containing her husband's funeral urn, brought by an automated system to Kuramae Ryoen in Tokyo on February 24, 2022 Behrouz MEHRI AFP

However, the accelerated aging of the Japanese population and the rural exodus have created an imbalance between the number of tombs to be maintained and the number of young people ready to take care of them.

"I have a traditional cemetery in this temple, with some 300 graves," said Tomohiro Hirose, a Buddhist temple monk who also runs Kuramae Ryoen services.

"But there are no more relatives to maintain about half of the graves. The family transmission has been lost. And they will quickly be neglected or already are".

Faced with this problem, more modern cemeteries have emerged, offering to preserve the ashes for a given period, up to three decades in general.

The ashes are kept in collective colombariums.

But the names of each deceased, even QR codes are engraved on personal plaques, and monks continue to pray for the souls of the deceased.

Behind Kuramae Ryoen's meditation cabins hides an automated warehouse worthy of an industrial group, capable of storing 7,000 "zushi", each of which can contain the ashes of several members of the same family.

Monk Taijun Yajima prays for the deceased in front of luminous Buddhas at Kokokuji temple in Tokyo on March 16, 2022 Behrouz MEHRI AFP

The device was provided by Daifuku, a Japanese company specializing in logistics systems and which considers itself to be the first to have delivered such an automated solution for a Japanese temple, back in the 1990s.

Since then, Daifuku "has built such systems for about 60 burial sites" in Japan, Hidenobu Shinnaka, a company official, told AFP, adding that other countries in Asia would also be interested.

These cemeteries of a new kind have another advantage for families: their cost.

Buying a place in one of them costs the equivalent of around 6,500 euros, half as much as a conventional grave, according to Kamakura Shinsho, a company connecting with cemeteries.

In another Tokyo temple, Kokokuji, more than 2,000 glass statuettes of Buddha adorn the walls of an octagonal space.

Each of them symbolizes the members of the same family whose ashes are kept on the site, and lights up when a loved one identifies himself digitally.

The entire space can also light up on demand, or produce different subdued colors to help meditation.

Technology does not change the way of praying for the dead, says Taijun Yajima, the monk behind the creation of this space: "I wondered how these people could rest in a warm environment, and here is the answer ".