F1: at Imola, Verstappen on pole for the first sprint race of the season

On Ferrari land, Max Verstappen (Red Bull) snatched his first pole position of the season in qualifying for the Formula 1 Emilia-Romagna Grand Prix on Friday, and will start in the lead… 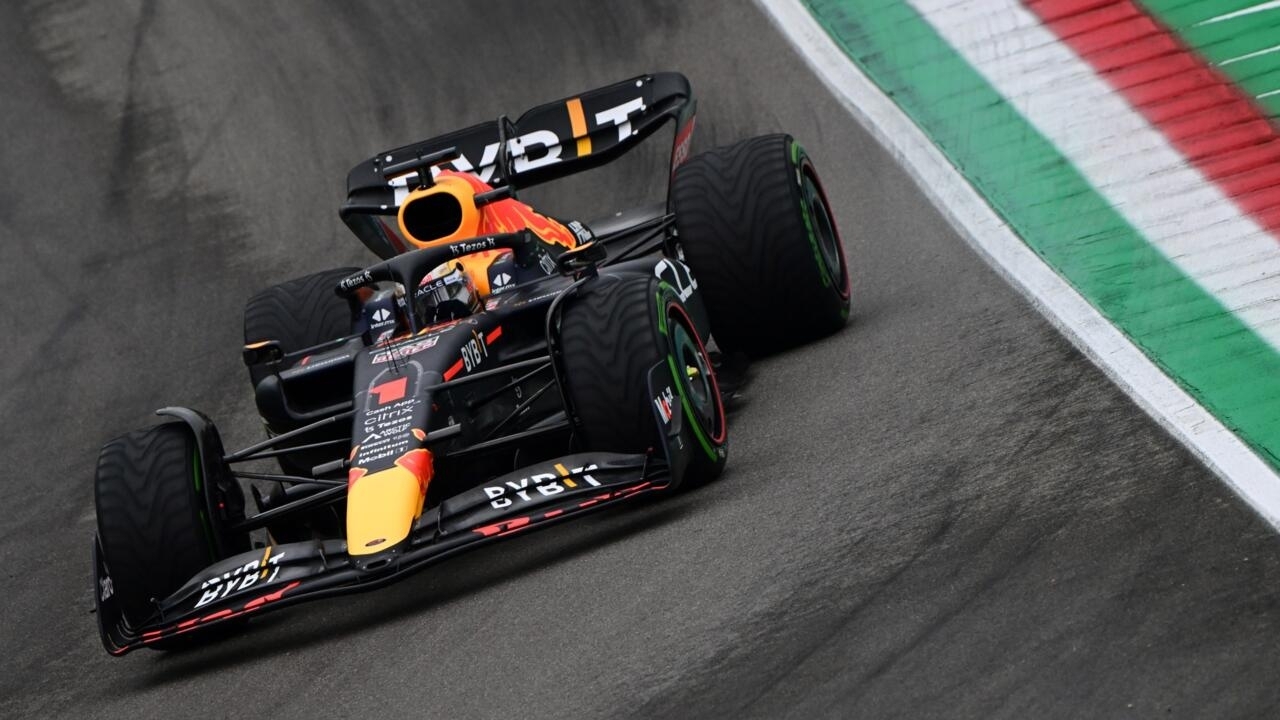 On the wet Enzo and Dino Ferrari circuit in Imola, Italy, the reigning world champion managed to master his single-seater ahead of the Monegasque Charles Leclerc (Ferrari), leader in the championship.

But nothing is decided for the starting grid of the Grand Prix on Sunday, which will be determined by the results of the sprint race scheduled for Saturday at 4.30 p.m. local time, and at the end of which Verstappen could lose his leading position.

"It was tricky, dry, (then) rain, very slippery. It was choppy, long qualifying but in the end I'm very happy to be here. It's a great circuit, I know tomorrow (Saturday , Editor's note) and Sunday will be different in terms of weather conditions, but it's a good start to the weekend," said the man who is currently in provisional 6th place in the world championship.

Before this Italian round, the 4th of the season, Leclerc (71 points) is ahead of George Russell (37), his Spanish teammate Carlos Sainz Jr (33) and Sergio Pérez (30).

Verstappen, with 25 points, places him behind Lewis Hamilton (28).

Ultra-dominant since 2014, Mercedes is in great difficulty at the start of the 2022 season, the year of the entry into force of a brand new technical regulation.

If the team, defending world champion of the constructors had succeeded in the last round in Australia to place George Russell on the podium - while his teammate Lewis Hamilton had finished 5th -, garnering precious points, business seems very badly started. in Imola.

Russell only snatched the 11th time, Hamilton the 13th in the second part of qualifying (Q2), while only the first 10 are qualified for Q3, where pole position is at stake.

"We came here with optimism, everyone is working very hard at the factory but things didn't go as planned. I think we underperformed as a team today. We "We'll work as hard as we can to get back into the sprint race. It's going to be a tough race, but who knows? Maybe we can improve," Hamilton said.

This is the first time since the Japanese GP in October 2012 that no Mercedes (then Michael Schumacher and Nico Rosberg) has competed in the final qualifying session.

First test in the rain

Behind the Verstappen-Leclerc duo, the Briton Lando Norris (McLaren) and the Dane Kevin Magnussen (Haas-Ferrari) inherit the second row, the Spaniard Fernando Alonso (Alpine) and the Australian Daniel Ricciardo (McLaren) from the third .

For Sainz, forced to retire after finishing his race in the wall in Q2, this 10th place is a blow.

Before his accident, the Spaniard had set the second best provisional time of the second part of qualifying 10 minutes from the end, behind Verstappen.

Far behind, the Frenchmen Pierre Gasly (AlphaTauri) and Esteban Ocon (Alpine) - probably the victim of a gearbox problem - will start 17th and 19th respectively in the sprint race.

This first day at Imola was also an opportunity for the drivers to test their new single-seaters in the rain for the first time, the aerodynamics of which have been completely turned upside down this year.

The free practice session and part of qualifying took place on a wet track, leading to several retirements, including that of Lando Norris at the very end of Q3, which ended prematurely following the McLaren driver's exit from the track.

In total, five red flags punctuated qualifying, depending on technical problems (Bottas) or off the track (Albon, Sainz, Magnussen and Norris).

As in 2021, the premier category of motorsport is renewing the time of three Grands Prix this season with its qualifying sprint race format on Saturday.

While introducing some novelties.

For example, the official pole position - the one that will count for Formula 1 statistics - is now awarded to the fastest driver in qualifying on Friday and no longer at the end of the sprint race (whatever happens on Saturday, Verstappen will therefore be registered as the poleman for the 2022 Emilia-Romagna GP).

These sprints also offer more points in the championship: from eight for the first up to one for the 8th.

A potential boon for Ferrari and Leclerc, who could pocket 34 points in the event of a double victory and fastest lap in the race.