“Experiences are quite justified”: how the West assesses the consequences of the embargo on oil from Russia

The ban on the supply of Russian oil to the European Union will increase the imbalance in the markets, said Deputy Assistant to the President of the United States for National Security, who oversees the global economy, Duleep Singh. According to him, exports from Russia have already declined, and American companies and OPEC+ countries are in no hurry to increase oil production. Opinion about the devastating consequences of the introduction of an immediate embargo on Russian oil to the EU and the world as a whole supports the US Treasury Secretary, Janet Yellen. However, she recognized that Russian embargo will have no significant impact. Experts note that US calculations to increase oil production by other world players were not justified - the market is not free volume of fuel that could replace Russia's share in the European energy system. 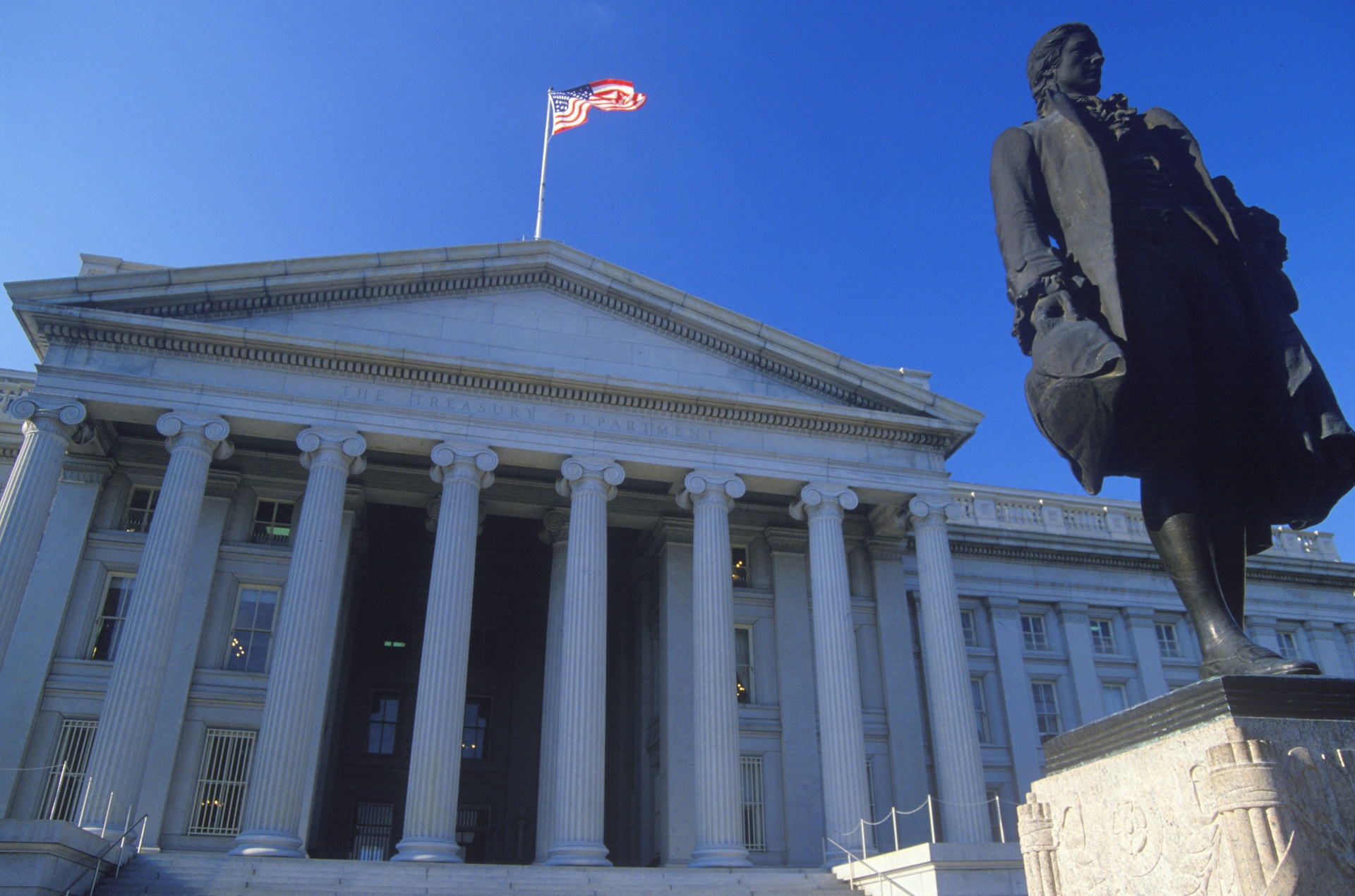 The introduction of the EU embargo on oil from Russia may exacerbate the imbalance in the markets.

This was announced on April 21 during an online seminar of the Bretton Woods Committee, said Deputy Assistant to the President of the United States for National Security, in charge of global economic issues, Duleep Singh.

According to him, the export of Russian energy resources in the G7 countries already decreased by 2 million barrels of oil per day, and half of the remaining volume diverted to India, China and Turkey.

In addition, no US companies or state OPEC + in no hurry to increase oil production, said Singh.

Against this background, its cost was "too high to be comfortable for most countries of the number of consumers."

“All this together creates a significant imbalance for us,” TASS quoted the official as saying.

However, with the imposition of a ban on Russian supplies to the EU, the US plan, "consisting of the fact that oil reserves will become a bridge to increase US production, will not really work," the White House official admitted.

US Secretary of the Treasury Janet Yellen also holds the opinion about the destructiveness of the immediate oil embargo from Russia for the EU and the world as a whole.

“The question of the introduction by Europe of a total ban, say, on oil imports, must be approached with caution.

We want to harm Russia, but this would clearly drive up world oil prices and hurt Europe and other regions of the world,” she said at a press conference on April 21.

Contrary to expectations, the negative effect for Russia would be very weak, the head of the US Treasury admitted.

) exports even decline in volumes, but will rise in price", - explained Yellen.

While Washington's initial task was to "create the most painful conditions for Russia" and mitigate the damage to the United States, Europe and the world economy, the minister reminded.

The prospect of losing oil supplies from Russia does not inspire optimism in a number of EU countries either.

The head of the French Ministry of Finance, Bruno Le Maire, spoke about the disagreements on this issue on April 22 on the air of the BFM TV channel.

"Had to stop importing oil from Russia, we would have caused great damage to the Russian economy and the Russian authorities ... Then you need to lead to an agreement 27 Member States (EU -.

While we have not come to this: there is resistance, there is still a concern.

And it is justified, "- said Le Maire.

The day before, the lack of consensus between the EU countries was also recognized by the head of European diplomacy, Josep Borrell, during an interview with journalists from the European alliance of news publications LENA.

“There are many issues under consideration (on oil and gas. -

), many proposals that are being studied.

What is the best course of action?

Many economists say the smartest thing to do would be to make Russian oil and gas more expensive to create an incentive to look elsewhere.

None of these proposals received the required unanimous approval,” admitted Borrell.

In addition, according to him, “some member countries have already announced that they will veto any collective decision” on the embargo on energy resources from Russia.

In particular, German Chancellor Olaf Scholz spoke about the serious consequences for Germany if they were abandoned.

On April 22, in an interview with the newspaper Der Spiegel, he noted that Berlin is trying to prevent an economic crisis.

In addition, he believes, the embargo could not lead to the end of Russia's special operation in Ukraine.

Earlier, on April 19, Hungarian Foreign Minister Peter Szijjarto at a press conference following talks with his Turkish counterpart Mevlut Cavusoglu said that Budapest did not intend to support the imposition of sanctions against Russian oil and gas supplies.

Speaking to reporters following the meeting of the Council of Foreign Ministers of the EU countries, she noted that Sofia does not support such sanctions.

Austrian Chancellor Karl Nehammer made a similar statement on March 31 during a visit to Berlin.

“Sanctions only make sense if they weaken the one they are supposed to hit, not the one who imposes them,” he explained Vienna’s position.

According to the State Duma Committee on Energy Member Boris Smooth, heterogeneity position of the European countries associated with the European politicians fear losing their seats in the manual, if the economic security of their countries will be in jeopardy because of the situation in the energy sector.

“Including this, it can lead to a redistribution of political forces within individual countries.

Therefore, their experience in this area is warranted, "- said the deputy in an interview with RT.

Entire teams are at stake, which have been “breaking through to power” for decades and who now understand “how precarious their position turned out to be,” Gladkikh noted.

“We need to play back somehow beautifully, and therefore they begin to say that we, they say, disagree on something, but we understand that we cannot do without Russia’s energy resources in the near future,” the deputy explained.

The impossibility for the EU to replace Russian oil and gas in the short term was also pointed out by Russian Deputy Prime Minister Alexander Novak.

In his article for the Energy Policy magazine, he stressed that the share of Russian oil supplies in the EU energy market reaches 30%, and the OPEC countries, which Washington and Brussels counted on, have already stated that they will not be able to compensate for them.

Experts interviewed by RT agree that the American plan to support Europe in the event of its refusal from Russian oil initially did not have a solid economic base and was an exclusively political product.

“US politicians thought that if some deliveries were closed, then new resources would come from somewhere that could cover the resulting deficit,” Sergey Pikin, director of the Energy Development Fund, said in an interview with RT.

I agree with him and the director general of the National Energy Security Fund Konstantin Simonov.

According to him, one can not simply remove the Russian oil from the market, because the alternatives such volumes does not exist.

“And all this is happening against the background of the failure of the US attempts to negotiate an increase in oil production with Saudi Arabia and other states of the Persian Gulf.

At the same time, the EU understands that it is not worth waiting for the support promised by Washington.

In the event of an embargo, they will have to vacuum the market, persuading the remaining suppliers to redirect oil to them and pay round sums for it, ”the analyst explained in a comment to RT.

However, as Sergei Pikin noted, Saudi Arabia is not interested in increasing oil production, as it understands that the current situation with an increase in demand for energy resources has been artificially created and may be fraught with a negative structural imbalance.

In his opinion, the option of replacing Russian oil with volumes from US storage facilities is also unrealistic.

“If you translate into days, then American reserves are two months of the consumption of the whole world.

But Europeans should not count on US generosity.

More than once they are faced with a situation when the Americans inveigle them into a story, and then left to deal with the consequences of their own ", - the analyst said.

If, however, contrary to common sense embargo will be introduced, this "will lead to the collapse of the European economy, that is actually to commit suicide," says Konstantin Simonov.

“In the case of a sober look at things, it becomes obvious that no embargo will stop the special operation in Ukraine.

It is also difficult to count on the fact that this will have any negative consequences for the Russian Federation, while the economic damage for Europe itself will be enormous, ”the expert concluded.