More than 45 people were killed in a wave of bombings that hit Afghanistan, and the Islamic State claims responsibility

Afghanistan witnessed a wave of bombings targeting several cities, killing more than 45 people, and ISIS claimed responsibility for one of those bombings. 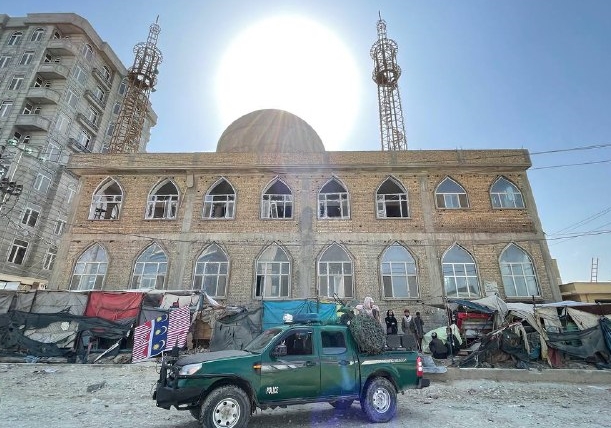 Today, Thursday, Afghanistan witnessed a wave of bombings in several regions of the country, killing more than 45 people and wounding dozens. Responsibility for the bombing, according to the agency "Reuters".

In northern Afghanistan, Al-Jazeera correspondent Suhaib Jassem said that 11 people were killed or wounded in an explosion targeting a bus of government employees in the city of Kunduz.

The reporter also stated that 4 people were killed when a car targeted two Taliban fighters in Nangarhar province (east of the country), while a second Taliban car was targeted in Faryab province. It is not known if there were any deaths or injuries as a result of that attack.

In Kabul, 3 people - including a child - were injured as a result of the explosion of a roadside bomb in the capital.

These bombings come a day after a bombing targeting a government school (west of Kabul), which killed at least 6 people.

In the first reaction to those bombings by the Taliban-led government in Afghanistan, Minister of Information in the interim Afghan government, Khairullah Khairkhwa, condemned the bombings, noting that "crimes against civilians are the work of parties that have nothing to do with our society."

Al-Jazeera correspondent in Kabul said that he did not know who was behind these bombings, whether ISIS or other armed organizations, given the diversity of the targeted sites and their spread in more than one state.

It is noteworthy that ISIS is active in Afghanistan and has carried out several bombings targeting hospitals and civilian gathering places since the Taliban movement took control of the country and foreign forces left it.

And the multiple bombings, targeting civilians in Afghanistan, raise security concerns after months of relative peace in the country. During the past months, the Taliban government carried out an inspection campaign in several Afghan provinces, during which it confiscated many weapons and explosives.

According to United Nations reports, the security situation has improved after the return of the Taliban movement to power last August.

The explosions were condemned by the United Nations Special Rapporteur on Human Rights in Afghanistan, Richard Bennett, and said in a tweet, "Today, more explosions are shaking Afghanistan... systematically directed attacks on crowded schools and mosques, which calls for immediate investigation and accountability."

Since its return to power on August 15, 2021, the Taliban movement - which has made security its priority after decades of war, occupation and insecurity in the country - has faced a series of attacks launched by ISIS targeting hospitals and schools, with many civilians killed.