The Argentine president joins the campaign to whitewash Nicolás Maduro

Alberto Fernández, president of Argentina, took advantage of the state visit of his Ecuadorian counterpart, Guillermo Lasso, to advance the whitewashing plan of the dictatorship of... 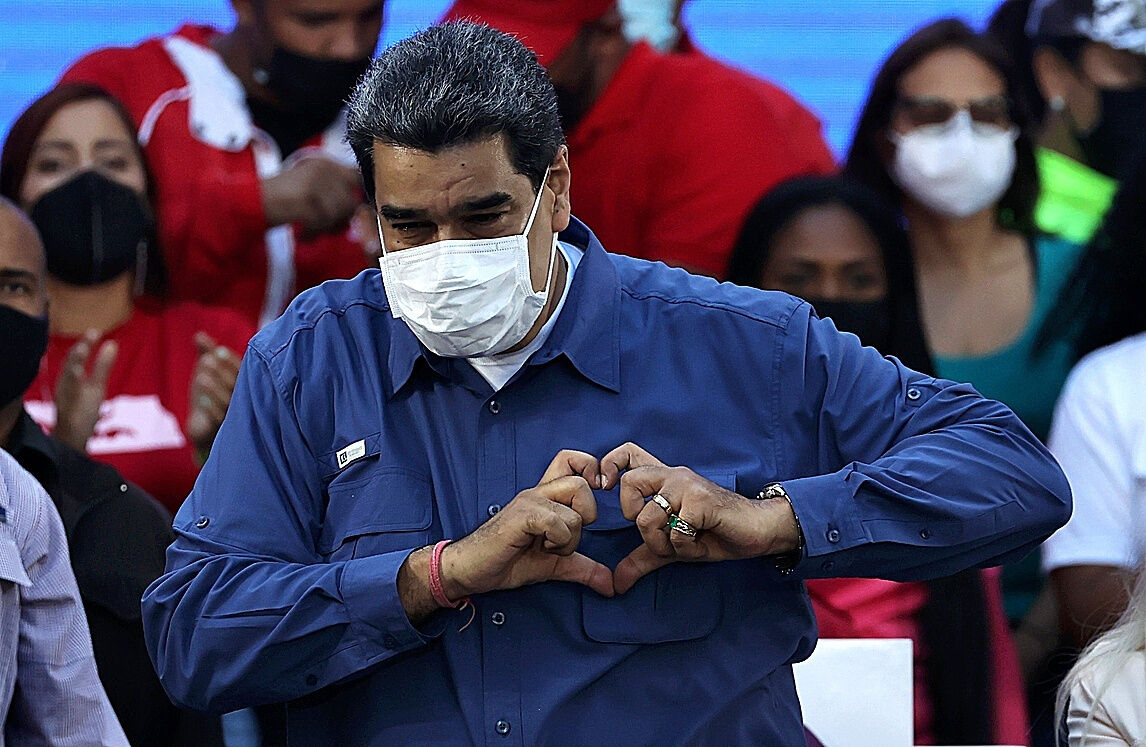 Alberto Fernández, president of Argentina, took advantage of the state visit of his Ecuadorian counterpart, Guillermo Lasso, to advance the whitewashing plan of the Nicolás Maduro dictatorship.

"Many of these problems have been dissipating over time," said the president, who cited human rights, electoral measures and negotiations as examples.

Nothing is further from reality.

As a first step, the Argentine government wants to recover full diplomatic ties with Caracas and for the rest of the countries to adopt the same policy.

Currently, both embassies are headed by chargé d'affaires, but function almost normally.

"We are not yet ready to make a decision, but we welcome the president's call

Ecuador is part of the hard core that opposes the Bolivarian revolution in the Pan-American organizations.

Fernández currently chairs the Community of Latin American and Caribbean States (CELAC), which together with the Puebla Group and international allies such as former Spanish Prime Minister José Luis Rodríguez Zapatero are trying to minimize the abuses and crimes of Chavismo.

In parallel, the Bolivarian government launched a million-dollar campaign last year to impose the thesis that "Venezuela fixed itself", in which even opponents, journalists and

"We are seeing how, based on the Contact Group agreements, Venezuela has been advancing in its electoral process," Fernandez stressed.

A surprising statement: Venezuela has a new National Electoral Council (CNE), in which Maduro maintains a majority that makes and breaks as he pleases.

This was confirmed during the regional elections in Barinas, won in the first

by the opposition but which Chavismo ordered to repeat due to the symbolism that Hugo Chávez's birthplace has for its followers.

, they disqualified the winner, his wife and main opposition leaders, to later force a campaign full of opportunism and with a millionaire budget sent from Caracas.

Fernandez was also "not right" with the negotiations in Mexico, suspended since last year by order of the Chavista chief.

"If you want to help Venezuela, demand with us free and fair elections, with conditions included in the recent report of the European Union, demand justice for victims of human rights indicated by the UN and the International Criminal Court (ICC). Deny the dictatorship does not help Venezuelans," interim president Juan Guaidó confronted the Argentine leader.

Since his arrival in the Government, Fernández has moved between denial in the face of the excesses of the three dictatorships on the continent and some mild criticism, especially in terms of human rights.

As the organization Provea recalled, only last year

at the hands of police and military.

In addition, 240 political prisoners remain in Maduro's dungeons today, including 130 soldiers and 14 women, two of them Spanish.

The penultimate victim of the dictatorship is called Lucila Mata and she is 72 years old.

A humorous video on Tik Tok, in which while she was cooking she baptized different arepas with the names of Chavista leaders, cost her an arrest warrant.

The woman was forced to record another video to apologize with a text that she read from dictation and handcuffed by her nerves.

Her main sin was naming a widowed arepa (without filling) with the name of Maduro's wife.