"Knowing Jun Yuan, I don't know that the sea of ​​clouds is deep."   One year ago, on April 20, President Xi Jinping quoted this ancient poem at the opening ceremony of the Boao Forum for Asia Annual Conference 2021 to express his deep friendship with friends from all over the world, as well as his firm confidence in helping each other to overcome difficulties, destiny and create a future toget 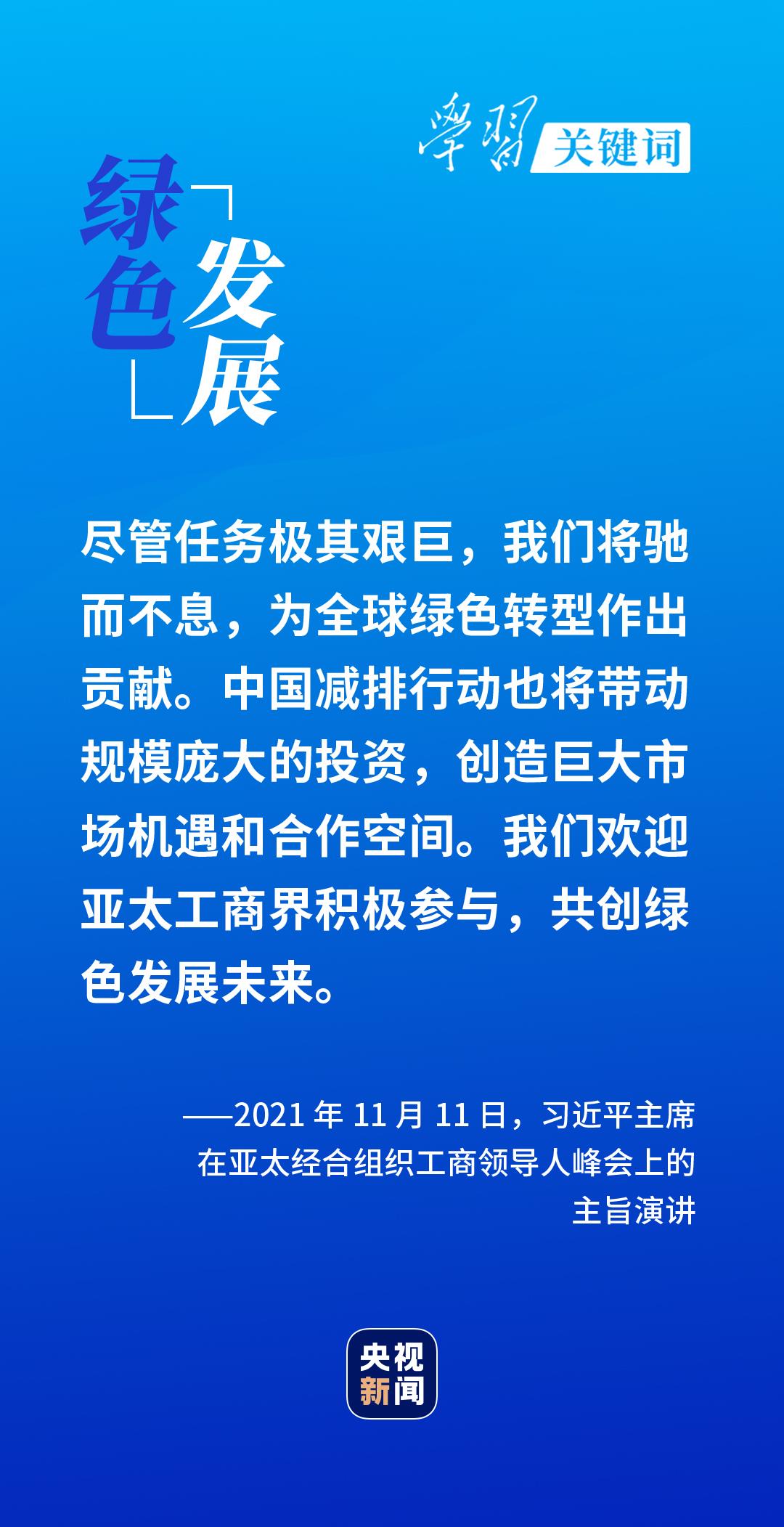 "Knowing Jun Yuan, I don't know that the sea of ​​clouds is deep."

One year ago, on April 20, President Xi Jinping quoted this ancient poem at the opening ceremony of the Boao Forum for Asia Annual Conference 2021 to express his deep friendship with friends from all over the world, as well as his firm confidence in helping each other to overcome difficulties, destiny and create a future together.

To cope with common challenges and move towards a bright future requires all countries in the world to stand together through thick and thin and unite and cooperate.

Under the strong leadership of the CPC Central Committee with Comrade Xi Jinping at its core, China has always unswervingly promoted high-level opening up, actively participated in leading the reform and construction of the global governance system, and promoted the realization of a stronger, greener and healthier global development.

On April 20 this year, the town on the coast of the South China Sea will welcome the 2022 annual meeting of the Boao Forum for Asia.

This is the real-time monitoring negative oxygen ion number displayed on the display screen of the Wuzhishan Scenic Area Square in Hainan Tropical Rainforest National Park.

Hainan Tropical Rainforest National Park has the most concentrated, best-preserved, and largest contiguous continental island tropical rainforest in China, and it is also a hot spot for global biodiversity conservation.

On April 11, General Secretary Xi Jinping, who was inspecting Hainan, took a car along the winding mountain road and went deep into the Wuzhishan area.

The general secretary emphasized that Hainan must adhere to the ecological province and unswervingly, take the construction of ecological civilization as the top priority, implement strict protection of tropical rainforests, realize the integration of ecological protection, green development and people's livelihood improvement, and show the world that China's national park construction and Fruitful results in biodiversity conservation.

Adhering to the path of ecological priority and green and low-carbon development is a consistent requirement of General Secretary Xi Jinping.

On July 16, 2021, President Xi Jinping pointed out at the APEC Leaders' Informal Meeting that we must adhere to the people-oriented approach and make a good ecological environment an important support for the sustainable development of the global economy and society, so as to achieve green growth.

On November 1, 2021, President Xi Jinping delivered a written speech to the World Leaders Summit of the 26th Conference of the Parties to the United Nations Framework Convention on Climate Change, proposing "to promote energy resources, industrial structure and consumption structure driven by scientific and technological innovation. Transform and upgrade, promote green economic and social development, and explore new paths for synergy between development and protection.”

The earth is the only home for human beings to survive.

At the just-concluded World Expo in Dubai, the China Pavilion with the theme of "Building a Community with a Shared Future for Mankind - Innovation and Opportunity" showcases China's achievements in different fields from four levels: common dream, common earth, common home, and common future achievements.

High-speed rail test drives, aerospace exploration, and smart city experiences, such as interactive projects with a sense of technology, are well received by visitors.

"In the smart life exhibition area, as long as the audience gets a unique QR code at the entrance, they can scan the code to start interaction and experience the smart life in the future." The China Pavilion left a deep impression on Edson Melara, a multimedia artist from Salva. impression.

Opti, the official robot mascot of the Dubai World Expo, is designed and built by Chinese technology companies. Together with more than 150 intelligent robots, it provides services such as welcome and interaction, information inquiry, and catering distribution for Expo visitors.

Innovation is an important driving force for world development.

As President Xi Jinping said in his video speech to the China Pavilion at the Dubai World Expo in the United Arab Emirates:

"People from all over the world work together to respond to the call of the times, strengthen global governance, lead development with innovation, and move forward in the direction of building a community with a shared future for mankind."

On December 3, 2021, the "Lancang" EMU train slowly pulled out from Vientiane Station, the capital of Laos, and the Fuxing EMU left Kunming Station in Yunnan, China - the China-Laos Railway was officially opened to traffic.

As of April 3, the China-Laos Railway has sent a total of 2.254 million passengers and 1.31 million tons of goods. The categories of goods have expanded from rubber, fertilizers, and department stores in the early days of opening to electronics, photovoltaics, communications, automobiles, textiles, vegetables, flowers, etc. 100 variety.

"Where there is a road, there is an opportunity for development." Thongloun, General Secretary of the Central Committee of the Lao People's Revolutionary Party and President of the State, expressed deep emotion after riding the China-Laos Railway.

"The opening of the Laos-China railway means that the exchanges between the two peoples will be more convenient. It is hoped that the 7 million people of Laos can get on the train and truly appreciate the significance of jointly building the 'Belt and Road' initiative."

Affected by the new crown epidemic, the global poverty population in 2020 will increase for the first time in many years.

In the China Room of the United Nations Headquarters in New York, there is a Chinese painting called "Interactive World", which symbolizes the close relationship between China and the world.

In the face of the challenge of the new crown pneumonia epidemic, China firmly believes that the general trend of opening up and cooperation among countries has not changed and will not change.

Since the outbreak of the epidemic, rising logistics and time costs have brought huge challenges to many European companies.

The China-Europe train runs safely and stably. In 2021, 15,000 trains will be operated and 1.46 million TEUs of goods will be transported, an increase of 22% and 29% year-on-year, respectively, reaching 180 cities in 23 European countries.

Against the background of repeated global epidemics, China is working with the international community to promote the joint construction of the "Belt and Road"——

Major projects such as the new port of Haifa in Israel were successfully completed, and the construction and operation of the China-Pakistan Economic Corridor, the Port of Piraeus, the Jakarta-Bandung High-speed Railway, and the Hungary-Serbia Railway were carried out steadily; The economic recovery provided a strong impetus.

In January this year, the "Group of Friends of the Global Development Initiative" held its first meeting at the United Nations Headquarters in New York. Representatives from more than 100 countries and more than 20 international organizations gathered together to build a broader international consensus for the implementation of the initiative.

In today's world, a century of changes and a century-old epidemic are intertwined and superimposed.

Where should human society go?

What kind of future should we create for future generations?

At the opening ceremony of the Boao Forum for Asia Annual Conference 2021, President Xi Jinping proposed that countries in Asia and the world should respond to the call of the times, join hands to overcome the epidemic, strengthen global governance, and jointly build the "Belt and Road" with high quality. .

Although the development process will inevitably encounter rough seas and dangerous shoals, as long as the people of all countries work together and set the right course, the giant ship of human society development will surely go far and sail to a better future!