In the United Kingdom, beets rot for lack of European buyers

In the heart of the English countryside, Will Woodhall tries somehow to stay positive, even if several tons of his organic beets, worth more than 100,000 euros, rot in his f… 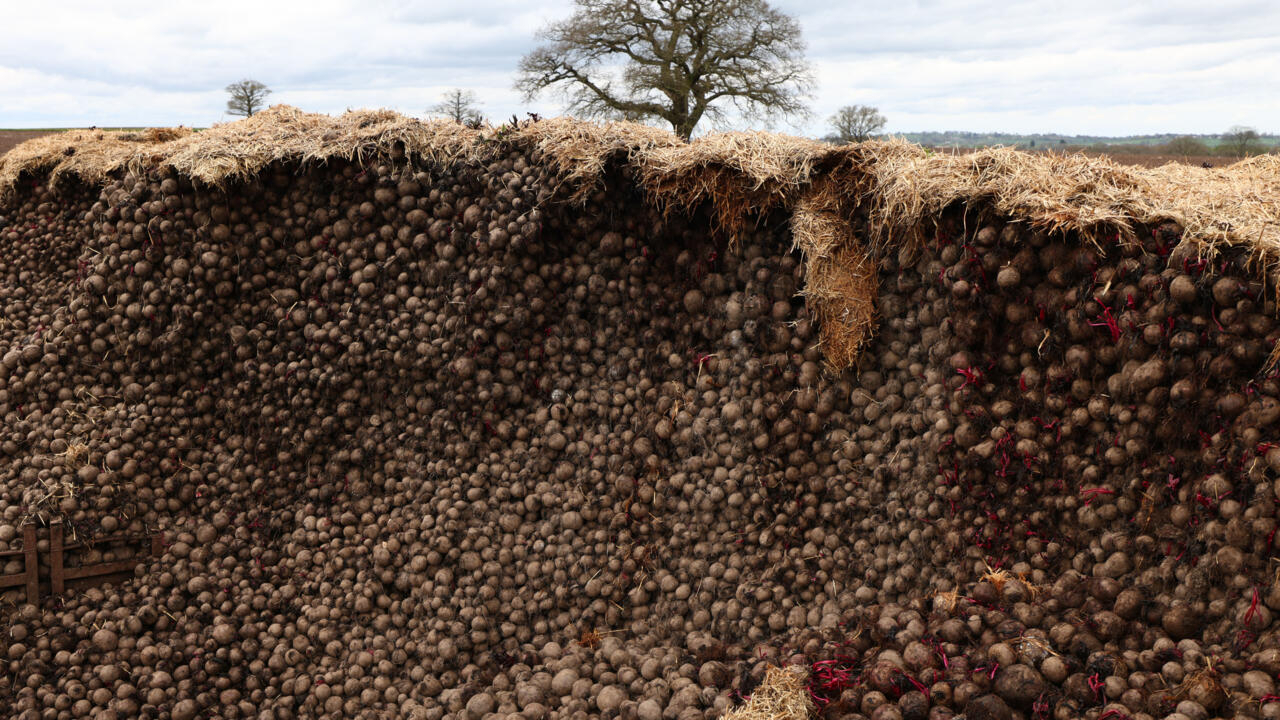 "It's really a shame, all this effort for this," laments the 35-year-old farmer, pointing to a 4.5-meter-high mound of rotting vegetables since October.

"I've never had an unsold harvest of this magnitude. Obviously, it weighs on our business. Let's hope we can digest that, I'm trying to stay positive," he told AFP.

Mr Woodhall's beets are the latest casualties of Brexit as bureaucracy linked to Britain's exit from the European Union has made it difficult to export British produce to the Continent.

On his 770 hectare farm, Woodhall Growers, Will Woodhall has been producing organic beets for almost a decade and exports almost half of his production to Europe.

He first thought that Brexit, effective in early 2020, would have little impact on his business.

But after an 11-month transition period, the UK left the European customs union and common market, leaving traders of all kinds in limbo.

"A lot of hassle"

Quickly, one of its European buyers broke its contract concerning the purchase of hundreds of tons of beets and has not placed an order since.

"They said they no longer wanted non-European products", explains the English farmer.

Usually his buyers mixed his beets with others from other European countries, but with Brexit they now have to separate them to tell them apart, which takes time and costs money.

Farmer Will Woodhall in front of a mountain of rotting organic beets for lack of European buyers, on his Woodhall Growers farm in Penkridge (centre) in the United Kingdom, April 14, 2022 Darren Staples AFP

"It's a lot of hassle. I can't blame them," admits Will Woodhall.

The producer, who usually ships his products in winter after the harvest at the end of autumn, ended up with a few hundred tonnes of unsold beets, worth around 90,000 pounds (109,000 euros).

Prime Minister Boris Johnson and other Brexit supporters had promised that leaving the EU after half a century of European integration would free the UK from bureaucratic constraints and open up new markets for the country.

But for many companies, which like Will Woodhall's farm rely at least in part on cross-Channel trade, Brexit has instead made exporting much more complicated.

"From now on, we will only produce for the United Kingdom. No more exports to the EU of our organic beets, which is a real shame", regrets Mr. Woodhall.

To compensate, he plans to grow more spring onions, cereals and peas, in order to diversify his production for the domestic market.

"You just have to move on," said the farmer, aware that British buyers can only partially compensate his European customers.

He even plans to embark on "glamping", luxury camping.

"You can't do better with 19 hectares than with 34 hectares," he explains.

"It's good to produce more to be able to really dilute" the production costs.

Despite everything, the farmer, who voted to stay in the EU in 2016, remains optimistic about the long-term possibilities linked to Brexit, if the promises are indeed kept.

"I sincerely think that in ten years, we will be better outside (of the EU), with Brexit, having our own market. But how many will go bankrupt by then?" He worries.

"And do we have the necessary support? I don't know."

While farming is heavily subsidized in Europe, UK government support "falls short" due to the small size of the sector.

Farming "isn't worth as much, I guess, but it's a way of life for people like me, for thousands of people," says Mr Woodhall.

Part of the 500 tonnes of beets rotting for lack of European buyers after Brexit, at the Woodhall Growers farm in Penkridge (centre) in the United Kingdom, April 14, 2022 Darren Staples AFP

In the meantime, he has no choice but to let his beets rot.

"It's heartbreaking. I come every day and look at the pile, and sometimes I take my head in my hands," he says.

I really need to think about something else."