"Mobilize allies": how the US plans to increase activity in the Indo-Pacific region

Washington has decided to increase its activity in the Indo-Pacific region, the US National Security Council said. The statement was made following negotiations between US security officials and diplomats with partners from Australia, Japan and New Zealand, the meeting took place in Honolulu. The parties expressed concern over the security agreement signed earlier by the PRC and the Solomon Islands. As the US and its allies say, this poses a risk to the "freedom and openness" of the region. According to experts, the treaty signed by Beijing was an unpleasant surprise for the United States - we can talk about the appearance of a Chinese military base far from the borders of China. Analysts note that in this way Beijing is responding to the actions of the American side, which had earlier begun to create an anti-Chinese bloc in the region. 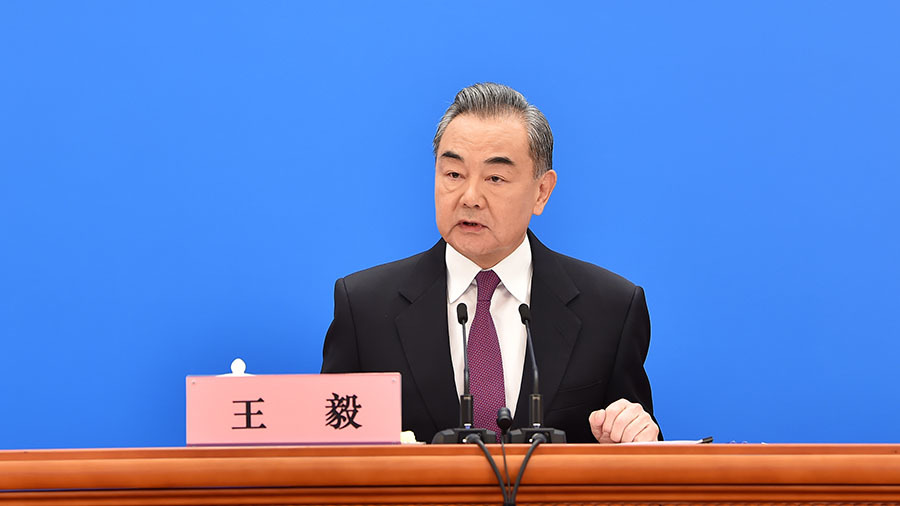 The United States will increase activity in the Indo-Pacific region, said in a statement by US National Security Council spokeswoman Adrienne Watson.

The statement was issued following a meeting held in Honolulu on April 18, which was attended by National Security Council Pacific Affairs Coordinator Kurt Campbell, US Assistant Secretary of State for East Asia and the Pacific Affairs Daniel Kritenbrink, and Admiral Johnom, Head of the US Naval Indo-Pacific Command Aquilino and senior officials from Australia, Japan and New Zealand.

The negotiators discussed the situation in the Pacific Islands.

“The United States has decided to step up its involvement in the region to address the challenges of the 21st century, from maritime security and economic development to the climate crisis and COVID-19.

We will do this in even closer partnership with the Pacific Island States, including through joint efforts within the Pacific Islands Forum, as well as in cooperation with countries that share our position in the region and beyond, including in Europe,” Watson said in a statement.

In addition, the officials of the four countries “expressed common concern about the proposed security structure (under the security cooperation agreement. -

) between the Solomon Islands and the People's Republic of China (PRC) and the serious risks associated with it for freedom and openness in Indo-Pacific Region".

Recall that at the end of March 2022, China and the Solomon Islands signed an intergovernmental framework agreement on cooperation in the field of security.

Earlier, Western media, citing an unconfirmed copy of the draft agreement, reported that it could be about expanding China's military presence in the Pacific Ocean.

Commenting on the agreement, the head of the government of the Solomon Islands, Manasse Sogavare, said that its terms correspond to the national interests of the country.

The politician announced this during his speech in the national parliament at the end of March.

At the same time, Honiara will continue to cooperate with other regional partners.

Beijing emphasizes that the cooperation of the Chinese side with the island state is not aimed against any third party.

This was announced on April 19 by Chinese Foreign Ministry spokesman Wang Wenbin.

According to him, China and the Solomon Islands intend to cooperate in the field of public order, the humanitarian sphere, as well as in the fight against natural disasters.

At the same time, this partnership "does not contradict the existing bilateral and multilateral mechanisms for cooperation of the Solomon Islands in the field of security, but complements them."

Recall that the authorities of the Solomon Islands took a course towards rapprochement with Beijing in 2019 - then the country severed official relations with Taiwan and established diplomatic relations with China.

Like the United States, the authorities of Australia and New Zealand are unhappy with the alliance between Beijing and Honiara.

As New Zealand Prime Minister Jacinda Ardern said in March, a security agreement between China and the Solomon Islands would lead to the militarization of the Asia-Pacific region.

The politician added that Wellington sees strengthening ties between China and the Solomon Islands as a major challenge.

The Australian authorities have a similar position on this issue - Canberra said they were concerned about actions that undermine stability in the region.

The New Zealand authorities intend to leave their representatives in the Solomon Islands until the end of May, this was previously announced in Wellington.

According to the head of the sector of economics and politics of China, the Institute of World Economy and International Relations.

Primakov of the Russian Academy of Sciences Sergei Lukonin, Washington and its regional allies mean, first of all, not climate or economic development issues, but the growing influence of China, by the problem of the 21st century.

“The agreement between the PRC and the Solomon Islands caused such dissatisfaction also for this reason - we are talking about Chinese expansion, not only economic, but also military.

By itself, the role of the Solomon Islands in the region may not be high, but this is one of the first examples of China starting to organize its military bases already at a decent distance from its borders, ”the expert said in an interview with RT.

A similar point of view is shared by the Deputy Director of IMEMO named after E.M.

“For the United States, the “challenging of the 21st century” is to maintain its dominant position in the world and the Pacific region.

Since the United States alone can no longer cope with China, Washington is seeking to mobilize its allies.

Beijing understands this, so the Chinese side is also looking for allies.

This whole process is the beginning of a future long confrontation.

For the United States, the union of the Solomon Islands with China is especially unpleasant, since this is the first such precedent - previously, the Celestial Empire was perceived by everyone as a land power with very modest interests at sea, ”the expert noted in a RT commentary.

Accusing the PRC of a confrontational policy, Washington itself is actively fanning tensions in the region, experts say.

Beijing is confident that the US strategy is aimed at creating an Indo-Pacific version of NATO.

This was announced in early March by Chinese Foreign Minister Wang Yi, commenting on the new Indo-Pacific strategy of the United States.

The document refers to the alleged "coercion and aggression by the PRC", which are especially pronounced in the Indo-Pacific region.

For its part, the United States intends to promote American interests through a "strong anchorage" in the region, together with Washington's partners.

In particular, deepen cooperation with ASEAN and strengthen the QUAD military technology association, which includes the United States, Australia, India and Japan.

The document also mentions the AUKUS defense partnership created in the fall of 2021, which includes the United States, Australia and the United Kingdom.

In addition, the Five Eyes format has long been operating in the region - an association of intelligence agencies from Australia, Canada, New Zealand, Great Britain and the United States.

At the same time, Washington pays special attention to Taiwan, although it refrains from officially recognizing the independence of the island.

For example, recently a group of US congressmen paid a visit to Taipei, despite Beijing's protest.

In addition, the US is actively supplying weapons to Taiwan.

All this causes serious dissatisfaction of the PRC.

On April 20, Chinese Defense Minister Wei Fenghe, in a conversation with Pentagon chief Lloyd Austin, warned that the American side should not underestimate China's resolve and capabilities.

According to the head of the Chinese defense department, the Chinese military will resolutely protect the national sovereignty, security and territorial integrity of the country.

According to Sergei Lukonin, if until recently the United States was only eyeing the Indo-Pacific region, now Washington has moved to take active steps to increase its influence.

“One of these steps was the creation of AUKUS, the actualization of other regional formats of cooperation in the defense and intelligence sphere.

As a result, all this can lead to real military clashes in Pacific Asia, ”the expert believes.

Alexander Lomanov agrees with this point of view - according to the expert, over the past decades, American politicians have paid little attention to events in the Indo-Pacific region.

“A serious confrontation between the United States and China began relatively recently, during the presidency of Donald Trump, although the prerequisites for this have been accumulating for a long time.

Right now, the United States has begun to actively cobble together military-political blocs in the region, which should become instruments of American policy.

The reaction of the United States and its allies to the agreement between China and the Solomon Islands is quite natural within the framework of this course, ”the expert summed up.