Amnesty International said that the Internal Security Service - which is under the control of retired Major General Khalifa Haftar - is arbitrarily detaining at least 9 peaceful protesters and a journalist in incommunicado detention after they participated in a demonstration in Sirte. 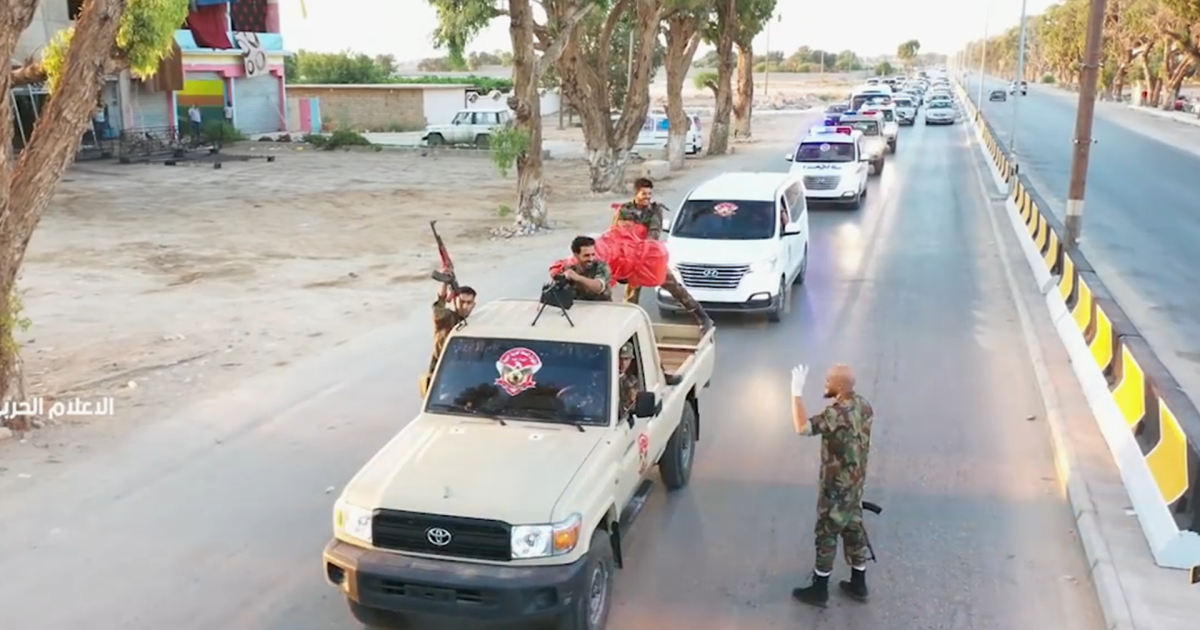 Amnesty International said that members of the Internal Security Agency - under the control of retired Major General Khalifa Haftar - are arbitrarily detaining at least 9 peaceful protesters and a journalist incommunicado after they participated in a demonstration in Sirte.

She noted that on March 19, about 30 people participated in a demonstration in Sirte, in which protesters demanded the international community and local authorities to provide compensation for victims of NATO air strikes in 2011.

Within the following week, armed men arrested a journalist and at least 10 protesters.

“The arbitrary detention of these peaceful protesters solely for their demands for justice and compensation in connection with the 2011 armed conflict shows the intolerance of the Libyan Arab Armed Forces (affiliated with Haftar) and its armed groups against any activity,” said Diana Eltahawy, Deputy Middle East and North Africa Director at Amnesty International. independent, even if he does not criticize her judgment."

She added that "the Libyan Arab armed forces should immediately release all detainees simply for exercising their right to peaceful assembly and expression."

According to the organization, in the past few years, potential opponents and critics have been assassinated in the streets, subjected to enforced disappearance, or languish in prison.

However, the Internal Security Agency in eastern Libya is still on the government's payroll, rather than being held accountable.

The organization said that on the night of the demonstration, and over the following week, armed men affiliated with the Internal Security Agency arrested 10 members of the Qadhadhfa tribe, who make up the majority of the population of Sirte (the birthplace of the former Libyan leader Muammar Gaddafi) for participating in the demonstrations, before taking them to an unknown location. According to eyewitnesses and relatives of detainees.

Sources described to Amnesty International how ISA gunmen arrested men from homes and public places, sometimes covering their heads completely, physically assaulting them, and taking them to cars without license plates.

The Internal Security released one of the detainees a few days after the demonstration, under the pretext of his poor health.

Among those currently arrested is Ali Al-Rifaoui, a reporter who was covering the demonstration for Libya's 218 network.

Armed men arrested him on March 26 and took him to an undisclosed location.

The Internal Security Agency also summoned other demonstrators, including women, and interrogated them about their participation in the demonstration.

A member of the Qadhadhfa tribe said that the Internal Security Service told him that they had received orders from Haftar's forces to suppress the demonstration.

The organization noted that this is the third wave of arrests against the residents of Sirte since it was taken over by Haftar's forces in 2020. In November 2021, the Internal Security Service arrested at least 13 men in mid-November 2021 for their alleged participation in a demonstration , in support of Saif Al-Islam Gaddafi's candidacy for the presidential elections, now postponed indefinitely.

They were released on 19 November last year.

In January 2020, members of Haftar's forces arrested a number of protesters after demonstrations against Khalifa Haftar.