Legal Adviser, Dr. Youssef Al-Sharif, warned against dealing with abusive websites that deliberately publish illegal content and false data, pointing out that the legislator tightened the penalty on everyone who ran such sites, as well as anyone who provided support to these sites by publishing commercial ads. 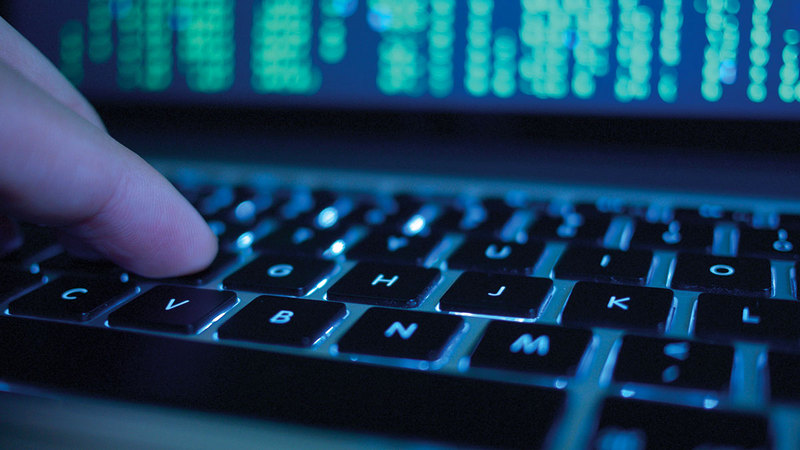 Punishable by imprisonment and a fine

The legislator has increased the penalty for anyone who runs abusive websites.

The legal advisor, Dr. Youssef Al-Sharif, warned against dealing with abusive websites that deliberately publish illegal content and false data, pointing out that the legislator tightened the penalty on everyone who ran such sites, as well as anyone who provided support to these sites by publishing commercial ads through them. .

Al-Sharif explained, in a video episode broadcast by "Emirates Today" on its platforms, Article (55) of the Rumors and Cybercrime Law, which states that "a temporary prison sentence and a fine of no more than two million dirhams shall be imposed on anyone who requests, accepts or takes, directly or indirectly." direct, a gift or a material or moral benefit, in return for publishing or re-publishing illegal content, or any of the false data in the country using an information technology means.”

Al-Sharif indicated that the same article stipulates that whoever manages or supervises the operation of an offensive account or website or rents or buys advertising space on it shall be punished with the same penalty, explaining that this is a warning to advertisers in the event of publishing a commercial advertisement, in any form of advertising, on A site that contains illegal material, its action is criminalizing and incriminating, as the legislator wants to dry up the resources of such sites.

He stressed that it is not permissible for anyone to support such abusive websites, even if his purpose is merely to display his trade, then he must pay attention to where he puts his money, and where he publishes his news or announces his trade.

Paragraph (3) of Article (55) states rumors that “the competent authorities may consider a website or an electronic account an offensive site, if it is verified that it has repeatedly published false data or content that violates the law.”

And he indicated that the site is actually intended to offend, and not just a mistake, until he is exempted from the penalty, if he is alerted, and the evidence is that he removed the work and then after the work period itself, and repeating his work in the same way means that he intentionally offended, so he must be punished with the same punishment that was received In the first paragraph of this article.

With regard to how to dispose of the gift in the event of its disclosure, the Sharif referred to the text of Article 55, which decided “The confiscation of the gift or the benefit obtained by him shall be judged, or a fine equal to the value of what he requested or offered or accepted if it was not possible to seize it.”

He pointed out that the confiscation was specified by the legislator in Article 56 of the Rumors Law, under the heading of provisions relating to penalties and measures.