Boris Johnson is due in Parliament on Tuesday to explain himself after he was fined for breaching anti-Covid restrictions, while remaining under threat of other sanctions. This soap opera, which exasperates the British, seems far from over. 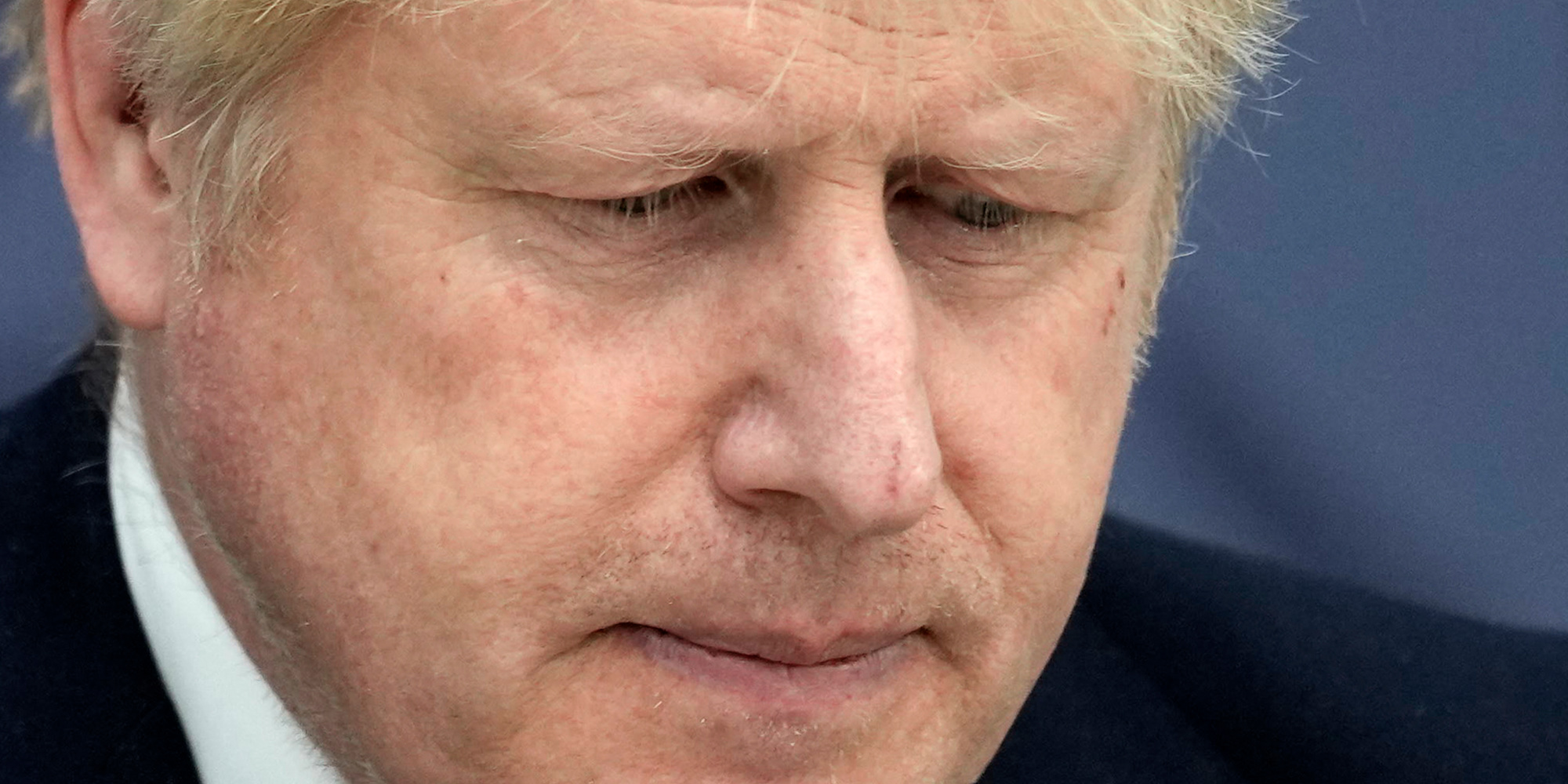 Boris Johnson is expected in Parliament on Tuesday to explain himself after he was fined for breaching anti-Covid restrictions, while remaining under threat of other sanctions.

This soap opera, which exasperates the British, seems far from over.

British Prime Minister Boris Johnson is expected in Parliament on Tuesday to explain himself after he was fined for breaching anti-Covid restrictions, while remaining under threat of other sanctions.

Due to the Easter parliamentary truce, the Tory leader had yet to face MPs since he had to pay a fine - £50 (€60) according to the press - a week ago for a surprise birthday for his 56th birthday on June 19, 2020. An event of "less than ten minutes" according to him, which also earned his finance minister Rishi Sunak and his wife Carrie to be sanctioned.

- In the United Kingdom, Boris Johnson wants to turn the page on Covid-19

New apologies and a refusal to resign

After the announcement of this sanction, Boris Johnson again apologized and again ruled out resigning.

A time on an ejection seat, "BoJo" seems to have actually benefited from the war in Ukraine and his role on the front line of Western sanctions against Russia, with many members of his own camp deeming it inappropriate to try to oust him from Downing Street in such a context.

Discontent nevertheless remains tenacious, including in the ranks of the majority, as evidenced by the resignation of Under-Secretary of State for Justice David Wolfson, who invoked "the extent, context and nature" of the offenses committed as part of the "partygate".

But this soap opera, which infuriates Britons tested by the sacrifices and restrictions they have had to endure in the face of the pandemic, seems far from over.

Local elections on May 5 which will have test value

London police, who have already imposed more than 50 fines, are continuing their investigations.

And once the police investigation is complete, Boris Johnson will also have to deal with the conclusions of senior civil servant Sue Gray, who has already crippled in a pre-report of "errors of leadership and judgment".

He will also have to face the verdict of the polls in local elections on May 5, a ballot which will have test value.

According to the press, the conservative leader risks new fines for his presence at at least five other festive events presented as more embarrassing for him.

After new details emerged in The Sunday Times, to which a source described a Boris Johnson serving drinks, toasting and making a speech for the communications chief's departure on November 13, 2020, Downing Street had to deny the leading role attributed to the head of government in the turn of events that day.

"If the latest information is true, it would mean not only that the Prime Minister was present at parties, but that he was the instigator of at least one of them", lambasted the deputy chief of the Labor opposition, Angela Rayner.

According to the foretaste of his intervention distilled in the media, Boris Johnson intends to highlight his role in supporting kyiv or his visit to India at the end of the week.

He is also not immune to having to face a vote to seize a special committee, which would be responsible for determining whether or not he knowingly deceived Parliament - synonymous with resignation according to the ministerial code of conduct - in his various explanations about the "partygate", after having assured time and time again that all the rules had been respected.

According to a study published on Monday, 72% of those polled have a negative assessment of the Prime Minister, the term recurring most often being that of "liar".

According to pollster James Johnson, who carried out the study, the "partygate" prevails over Ukraine in opinion.

"The furor hasn't receded," he tweeted, "lots of the negative comments are from people who previously liked him but have changed their minds."