Oasis Breakup Guitar Up For Auction

The altercation too many, a guitar smashed in the box and Oasis separates: symbol of a rock page that is turning, the instrument, since repaired, will be auctioned in Paris on May 17. 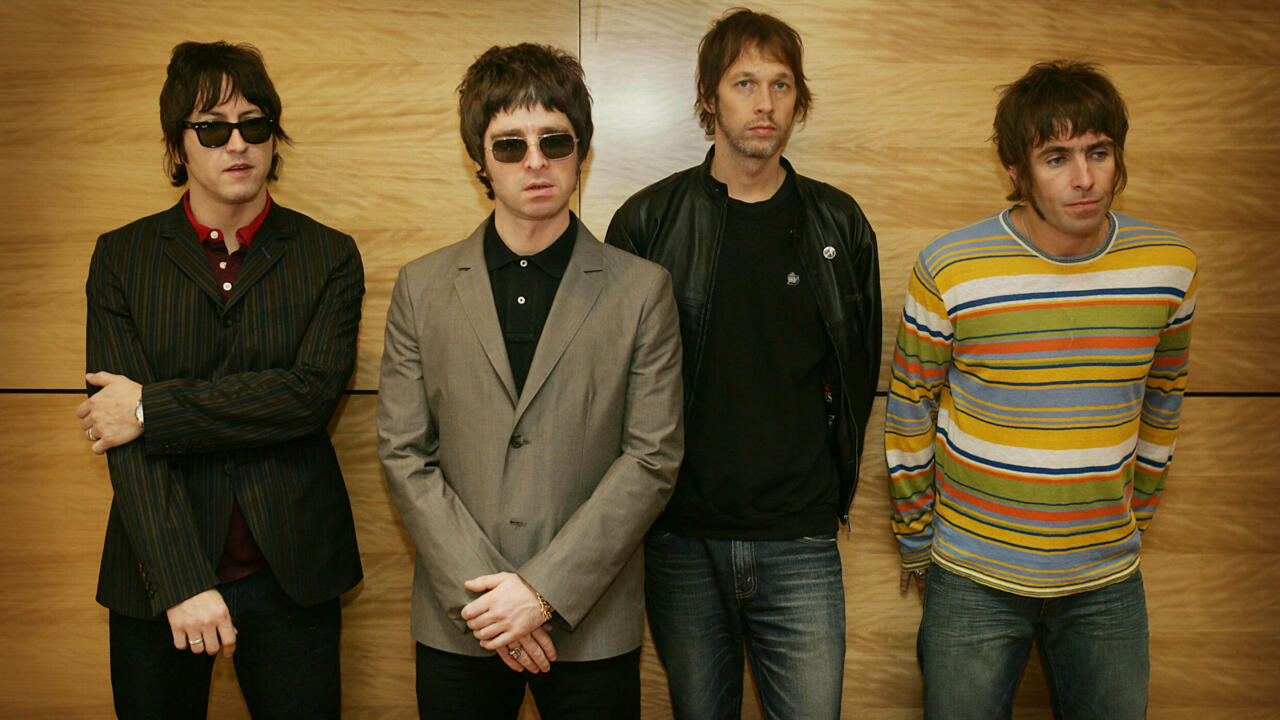 A bondage outfit worn by Martin Gore, brain of Depeche Mode, as well as a 45 rpm with the autographs of Jimi Hendrix and Johnny Hallyday, the favorite rocker of the French, are also part of the 85 lots of these rock auctions at the Hôtel Drouot , in Paris, organized by the Artpèges gallery in partnership with the auction house Lemon Auction.

The star of the sale will be a red guitar, like the blood that goes to the heads of the brothers Noel and Liam Gallagher, pillars of Oasis, this summer evening 2009 at Rock en Seine, a Parisian festival.

"It's been in the pipeline for a while between the two brothers but, that evening, it explodes in the dressing rooms, a guitar from Noel is broken and the group breaks up," recalls AFP Jonathan Berg , co-founder of Artpèges.

The crowd waiting for the concert of the stars of brit-pop then learns, amazed, by a message from the festival, their separation.

Since then, the enemy brothers have long exchanged acidity via social networks or the press, before a relative lull lately.

"What is happening at Rock en Seine is a cult moment, develops this expert luthier. Today this guitar is in one piece thanks to Philippe Dubreuille, a French luthier who stayed in London for a long time, who restored it two years after the incident".

After "trying hard to find a luthier who could repair it, Noel Gallagher finally parted with it because this guitar reminds him too much of Oasis", completes for AFP Arthur Perault, another co-founder of Artpèges.

"Estimated between 300,000 and 500,000 euros, the starting price for this guitar will be 150,000 euros", he specifies, underlining the "international" echo expected with this sale.

There will be six strings as well as strings at this sale.

Singer Dave Gahan had his scarified body immortalized by the famous photographer Anton Corbijn, while Martin Gore appears in the foreground of the photos of the group, harnessed in bondage style in front of the lens of Paul Natkin, in the mid-1980s.

One of his iconic outfits - minimalist top and leather shorts with mesh sides on the front - "estimated between 8,000 and 12,000 euros will be on sale for 4,000 euros, we could have good surprises", advances Arthur Perault.

Gore had given this set to Sarah Freegard, his costume designer, who is selling it.

The same fee schedule will be applied to an object with a totally crazy history, a 45 rpm featuring the autographs of Jimi Hendrix and Johnny Hallyday.

It all starts with a fan who wants her Johnny 45 rpm to be signed by the young idol after her concert in France, in Nancy, in October 1966. Trying her luck in a brasserie, she only comes across musicians.

In particular the opening band, with a certain Jimi Hendrix, still unknown.

"This is the first set of autographs from the Jimi Hendrix Experience (group of the American guitarist and singer). We see that Jimi is not used to signing, he just writes his name with a heart while the others have used to doing that", describes Arthur Perault.

It was when the owner of the disc then inquired in the 2010s with Yazid Manou, a French specialist in Hendrix, to get an idea of ​​its value, that the latter extended the story.

"I was also contacted at that time because Johnny was going to pay tribute to Jimi in Taratata (French TV show) and I had the idea of ​​having him sign the record," Yazid Manou told AFP.

In 2011, 45 years after the Nancy concert, Johnny finally signs the vinyl.