Effects akin to 'seismic waves emanating from the epicenter of an earthquake': The war in Ukraine has drastically darkened the outlook for the global economy, Mar... 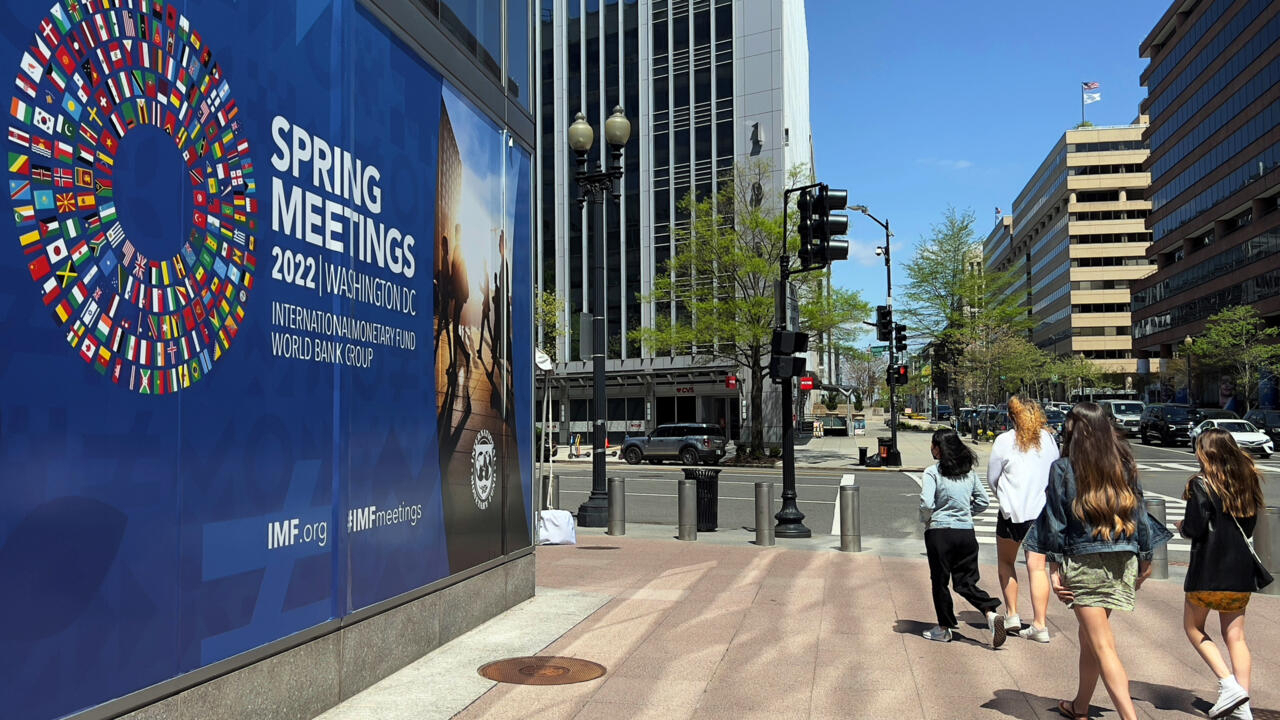 The IMF, which published its updated forecasts at its spring meetings, now expects global growth of 3.6% this year, against 4.4% in January.

And growth could slow further "if there were a toughening of sanctions against Russia coupled with a deterioration in consumer confidence and some volatility in the financial markets", noted Mr. Gourinchas during a press conference. .

"The conflict and the sanctions directly affect Ukraine, Russia and Belarus", explain the economists of the Washington institution.

“But the international spillovers spill over far beyond, notably to Europe, via commodity prices, trade and financial links, [food and energy] supply and humanitarian impact.”

Because Ukraine and Russia are important grain producers for many countries, and Russia is also a key source of energy for Europe.

The IMF has therefore revised downwards the economic forecasts of an overwhelming majority of countries.

This new projection takes into account "the faster than expected withdrawal of monetary support to contain inflation as well as the impact of weaker growth of their trading partners (...) resulting from the war" in Ukraine, has detailed the IMF.

The Chinese economy is suffering from the zero tolerance policy towards the pandemic which has led to numerous confinements, including that of the economic capital, Shanghai.

For the countries of the euro zone, the deterioration is even greater: +2.8% against +3.9% in January.

Germany, which depends heavily on Russia for energy supplies, sees its forecast cut by 1.7 points to 2.1%.

"Because they are energy importers, the rise in world prices represents a negative shock," summarizes the IMF.

For Russia, which invaded Ukraine on February 24, it's a plunge: its GDP will contract by 8.5%.

But it is above all the Ukrainian economy that is collapsing: -35% expected this year, given the massive destruction that has caused millions of people to flee.

It will take him years to recover from this conflict, even if it stopped immediately.

Elsewhere in the world, oil-exporting countries are doing well on the back of rising prices.

Overall, the impact of the war in Ukraine is all the stronger as it occurred when the economy was not fully recovered from the pandemic.

The conflict also exacerbates the dizzying rise in prices.

The IMF expects inflation of 5.7% this year for advanced countries (+1.8 points) and 8.7% (+2.8 points) for emerging and developing economies.

The peak should be reached this year, he says.

But even in 2023, inflation should remain very high in emerging and developing countries (6.5%) and still above the objectives of central banks in advanced countries, which would argue in favor of "much more energetic action “, underlined the chief economist.

"Overall, the risks are (...) comparable to the situation at the start of the pandemic," he said.

The first risk is the stalemate of the war with an aggravation of the humanitarian crisis and sanctions.

Rising prices are also likely to provoke social protests that could be exacerbated in countries hosting large numbers of refugees.

Moreover, a resurgence of the pandemic is not excluded.

Finally, "the fracture in international relations could undermine the trust and cooperation essential to meeting long-term challenges, in particular climate change", worries the IMF.