Biden to visit Korea before visit to Japan The first Asian tour of US President Biden was actually scheduled for the end of May. President Biden reportedly said during a videoconference with Indian Prime Minister Narendra Modi on the 11th that he was "looking forward to seeing you in Japan around May 24th." 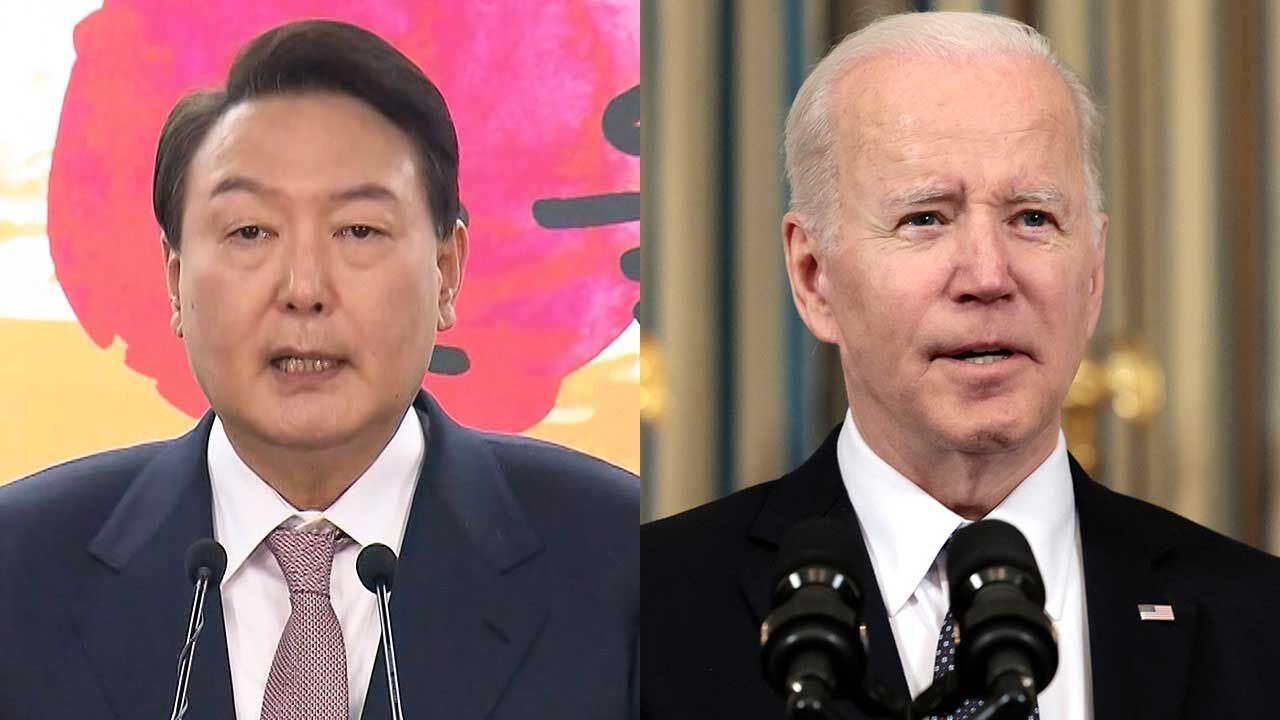 US President Biden's first Asian tour was virtually scheduled for the end of May.

President Biden reportedly said during a videoconference with Indian Prime Minister Narendra Modi on the 11th that he was "looking forward to seeing you in Japan around May 24th."

A high-ranking US official leaked this to the press right after the video conference, but in fact, the date of the Quad Summit was disclosed.

In order to put a burden on India, the quadruple date has been set for the US, which is urgent to bring India back to its side, which is in agreement with China to contain China, but does not participate in sanctions against Russia after the Ukraine crisis and is upset and pretending to be a 'neutral neutral' again. It appears to have been previously published.

In any case, the Korean diplomatic authorities have been very busy after this announcement.

In fact, it would be correct to say that it was a situation where the busy movement under the water was revealed above the surface of the water.

The key is to have President Biden stop by Korea first before going to Japan to attend the quad.

In other words, making Biden's first Asian tour to be Korea.

According to the media reports so far, fortunately, this effort seems highly likely to pay off.

Some media reported that President Biden is likely to go to South Korea before coming to Japan on the 22nd.

Biden's visit to Korea seems highly likely to be on the 21st, and if this happens, it will coincidentally be exactly one year since President Moon Jae-in held his first summit with President Biden in the United States.

Of course, the opponent changes.

Prime Minister Suga was recorded as the first foreign leader to set foot in the Biden White House amid a pandemic, and the Suga regime promoted it extensively.

It was a propaganda war in which the importance of each country was reflected in the order in which the US president met with the heads of state after taking office.

The Korean diplomatic authorities, which are often one or two steps behind Japan in relations with the United States, were not comfortable with their expectations, even if they had expected them.

And about a month later, President Moon Jae-in came to the United States, and the Korean diplomatic authorities seized the opportunity to counterattack.

This time it was the meal menu.

The Korean diplomatic authorities were engrossed in the 'hamburger vs crab cake' propaganda campaign, and they repeated the inconvenience of being delayed in the order of the summit.

Prime Minister Suga only had a 20-minute hamburger luncheon with President Biden, but President Moon ate a crab cake for 37 minutes.

In the opinion of a reporter who is not familiar with diplomacy, 'A hamburger or a crab cake...

', but the language of diplomacy, which interprets the implications of the meal menu and time, was quite different.

But this time, it's not just hamburgers or crab cakes.

The order of diplomacy with the US, which has always been behind Japan, is changing, and South Korea may be the first country to visit Asia since President Biden took office.

At this point, it would be strange if the diplomatic authorities did not do their best.

Seok-Yeol Yoon and Biden meet in 10 days... The fastest Korea-US summit in history

If President Biden's visit to Korea is completed before his visit to Japan, Yoon Seok-yeol will be recorded as the first president to hold a summit meeting with the US since taking office in the history of the Republic of Korea.

Since the inauguration ceremony of President-elect Yoon is on May 10, it is the first meeting with the President of the United States in about ten days.

If it conducts a Japanese-style diplomatic propaganda warfare, it would be possible to say that Korea is an important country to the United States to the extent that he personally visits and meets the president, who has only been in office for 10 days.

'It looks good' is certain, but it seems difficult to give a big meaning to the content.

For the 79-year-old President, Biden, a long flight to Asia will not be easy.

Also, it seems clear that the main purpose of this Asian tour is to attend the Quad Summit.

In other words, from President Biden's point of view, he has to go to Korea on the way to Japan, but it's a matter of whether to go before or after.

I mean, it's not something to be fussed about because it's coming soon.

He also made it clear that he would completely change the diplomatic stance of the Moon Jae-in administration, which emphasized a balance between the United States and China.

He made a pledge to join Quad, a consultative body to contain China, and the additional deployment of THAAD, which was brought to the Korean government in 2016, was also a pledge.

If these promises are realized, the deterioration of relations with China is inevitable.

There is no question that the relationship between the United States, South Korea, China, and South Korea and Japan will not only define the security of the Republic of Korea, but also have a huge impact on the economy.

Current diplomats are those who pursued balanced diplomacy between the US and China under the Moon Jae-in administration.

Diplomacy must be pursued in a completely different direction from now on, with only the leadership changed.

I wonder how prepared you are for a major change of direction that will change the fate of Korea.

Sources versed in diplomacy predict that unless Russia uses nuclear weapons in Ukraine, it is unlikely that there will be any changes to the schedule for the quadruple summit scheduled for next month on the 24th.

It is hoped that the US-Korea summit, which could be a turning point in history, will not be overshadowed by empty evaluations such as hamburger or crab cake, Japan first, or Korea first.