Football star Cristiano Ronaldo and lover Georgina Rodriguez have lost their twin son. Ronaldo said on his SNS on the 18th local time, "I am very sad to inform you that my son has passed away. 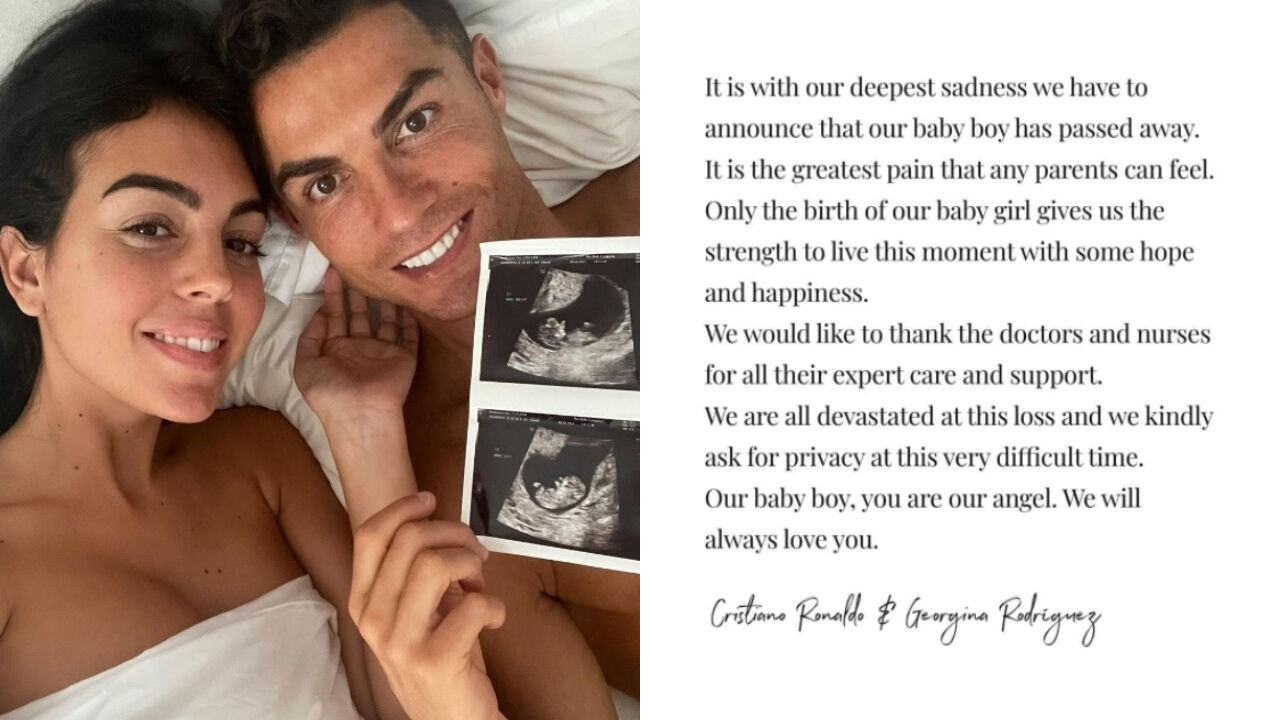 Ronaldo said through SNS on the 18th local time, "It is so sad to tell you that my son has passed away. This is the greatest pain a parent can feel."

Earlier, Ronaldo received a lot of congratulations when he released an ultrasound picture of Rodriguez saying he was pregnant with twins in October last year.

However, in the process of giving birth to Rodriguez, the daughter was born safely, but the son unfortunately died.

Ronaldo wrote, "Only the birth of a daughter gives me the strength to live in this moment with hope and happiness. I am grateful to the medical staff for their professional care and support."

He added, "We are deeply saddened by the death of our son. We respectfully request your privacy as this is such a difficult time."

Finally, Ronaldo greeted his departed son by saying, "My dear, you are our angel. I will always love you."

Many people, including 'soccer king' Pele, shared their sorrow by commenting on Ronaldo's post.

Ronaldo's team, Manchester United, sent condolences by posting on the official SNS, "Your pain is our pain. Sending love and encouragement to the Ronaldo family."

The Real Madrid club, where Ronaldo worked in the past, also issued a statement expressing their condolences, saying, "We share the pain of Ronaldo's family and we send our love."

Meanwhile, Ronaldo has four children in addition to the daughter he got this time.

He had his first son, Ronaldo Jr., via surrogacy in 2010 and twins Eva (daughter) and Matteo (son) from surrogacy in June 2017.

In November of the same year, Rodriguez gave birth to a daughter, Alana, who recently gave birth to Ronaldo, the father of two sons and three daughters.