The statement of the Malaysian businessman San Chin Choon, the last piece of the investigation into the sale of masks to Madrid

There are already the statements of the two defendants, of the main witness, the bank movements entering the commissions and the sumptuous expenses that followed, the report of... 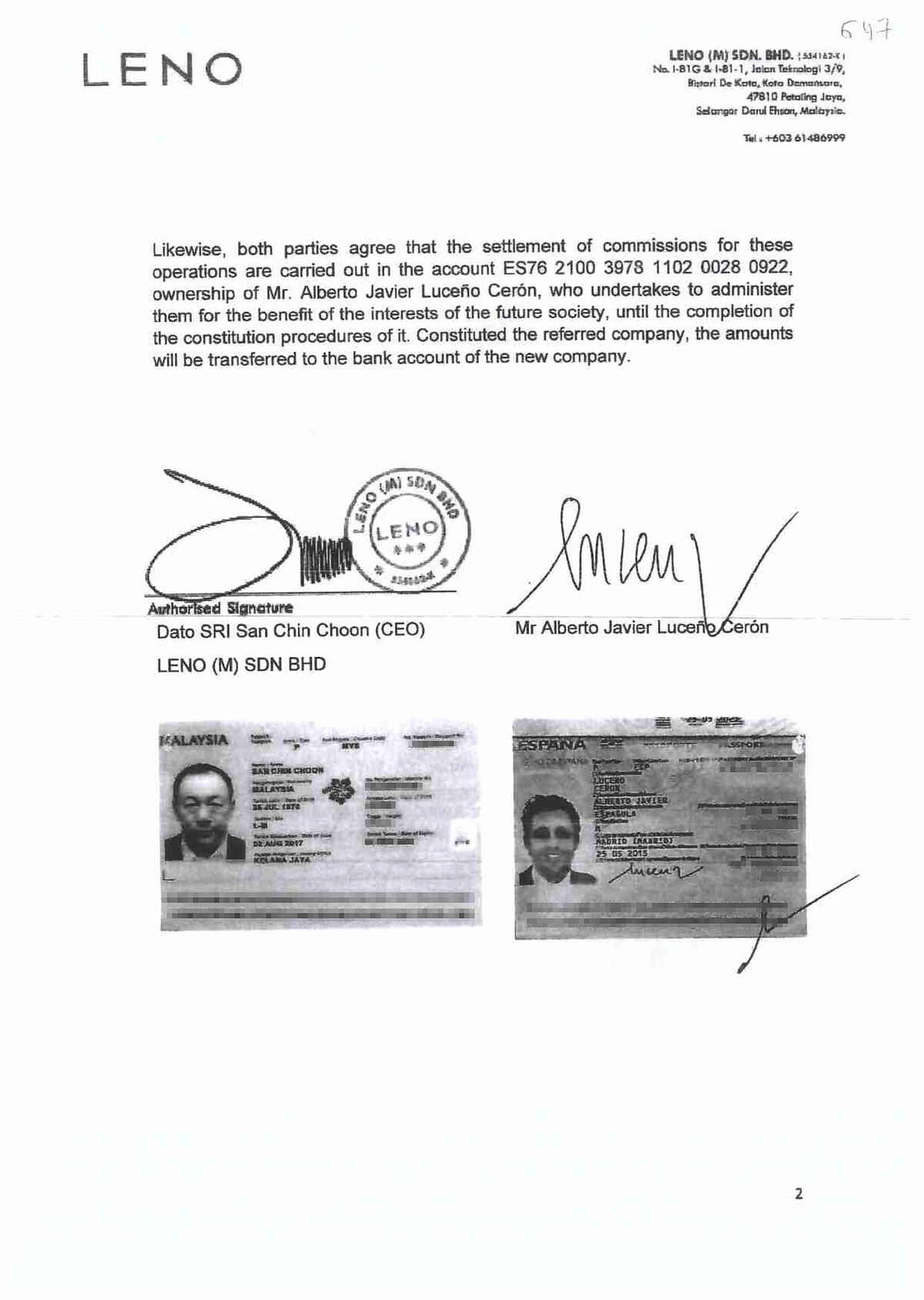 There are already the statements of the two defendants, of the main witness, the bank movements entering the commissions and the sumptuous expenses that followed, the corresponding Treasury report... Although the judicial instruction on the sale of medical supplies to the Madrid City Council barely has begun, in fact the

's Office has taken a case to court in which practically all the investigation has already been done, the result of a year and a half of anti-corruption proceedings.

The cause only lacks one important diligence: the testimony as a witness of the businessman

, head of the Malaysian company Leno, who sold the masks, gloves and tests to

In May of last year, the prosecutor in the case,

, completed an international rogatory commission with one main objective: to obtain clarification from the CEO of Leno, which he considered "essential" to clarify whether Luceño and his partner

, falsified documents and laundered their profits.

It's been almost a year and the answer still hasn't come.

Among other reasons, because when it received the request for help,

asked for one thing: that the Spanish Government undertake to comply with similar requests for help that may come from Malaysia.

The confirmation took time, but it arrived, according to what the

communicated to the prosecutor of the case on January 31.

"The confirmation has been sent by the Government of Spain requested by the Malaysian authorities."

The letter rogatory is essentially a list of 19 questions to the Leno CEO.

Among them, if he granted Luceño the status of exclusive agent.

It appears in the papers, but the prosecutor suspects that it was a forgery by the Spanish businessman.

“How was the amount of the commissions calculated?”, says the twelfth question asked.

Luceño affirmed that it was Leno herself who set the amount of the commissions, which meant multiplying the cost of the products.

Of the 11.9 million dollars disbursed by the City Council, 6.1 million were commissions for Luceño and Medina.