Nearly a thousand environmental activists from the Extinction Rebellion movement, accustomed to punch actions, have taken over part of the Grands Boulevards, in the center of Paris, since Saturday.… 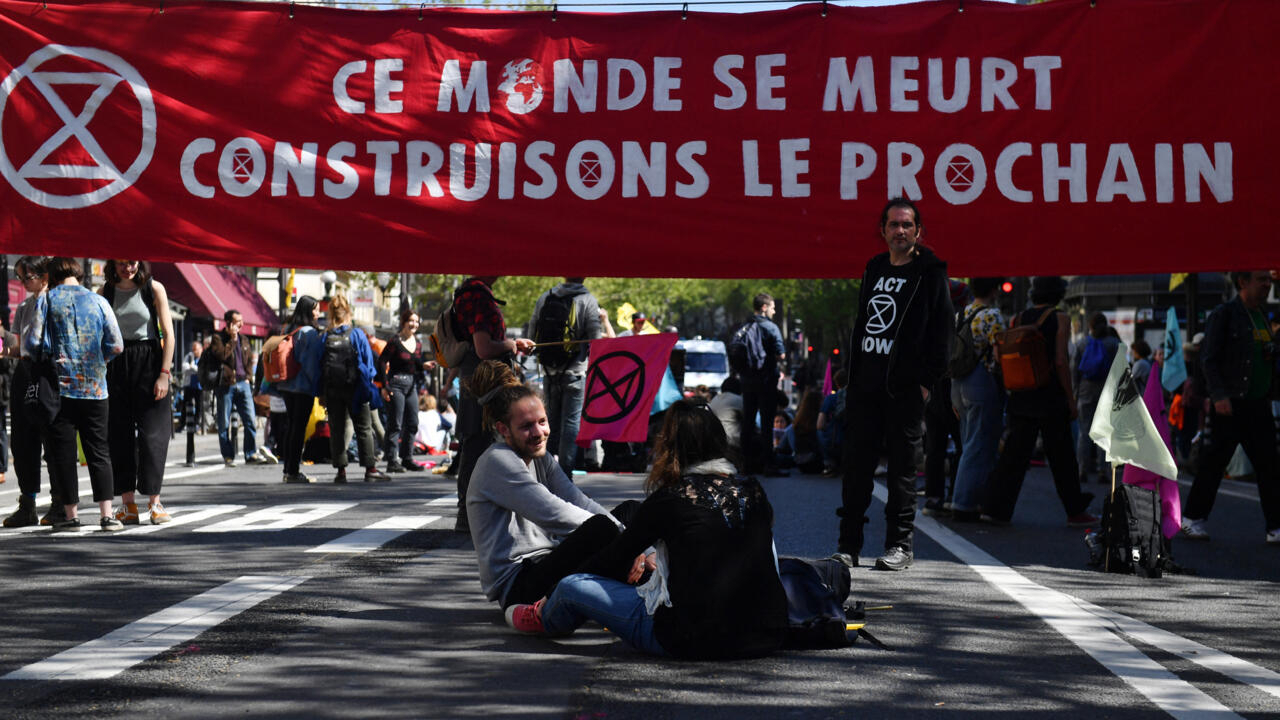 Nearly a thousand environmental activists from the Extinction Rebellion movement have taken over part of the Grands Boulevards, in the center of Paris, since Saturday to denounce the inaction of leaders in the face of climate change.

Nearly a thousand environmental activists from the Extinction Rebellion movement, accustomed to punch actions, have taken over part of the Grands Boulevards, in the center of Paris, since Saturday.

They blocked traffic and staged sit-ins to denounce leaders' inaction on climate change.

This is the group's biggest mobilization in France, since the occupation of the Châtelet district in Paris in 2019. An operation called "the inevitable rebellion".

On the main boulevards, cars had to make way for Extinction Rebellion activists.

The activists first tied themselves to concrete blocks or hung from a wooden structure so as not to be dislodged by the police.

For Louise, 26, this action of civil disobedience is a way of

”, she explains at the microphone of

Now a small camp is set up.

Young people laze in the sun between tents and haystacks or take part in discussion groups.

The atmosphere is good child.

Betting on a “new form of protest”

It has to go through an uprising of people, we have to move, we have to go out in the streets, that we block, that we do non-violent civil disobedience,

But we need something new, a new form of protest and not just in the political space.

Under the multicolored flags and a banner "

This world is dying, let's build the next one",

a retired resident of the neighborhood came to find out

: "I spoke with activists about ecology, we can't go back now, because we are a consumer society.

If we eliminate cars and planes, there are 20 million unemployed, so what do you want to do?

The blocking of the district must extend at least until Monday evening.

To read: IPCC report: to limit global warming, "it's now or never"

We always welcome you to bring this place of EXCHANGE, DISCUSSION, SHARING to imagine the alternatives of the world of tomorrow.