The criminologist: Difficult to get someone convicted

Even if the riots are captured on film, it can be difficult to identify and convict the culprits. This is stated by criminology professor Jerzy Sarnecki. - Since many are masked, it will definitely be more difficult, but not impossible. Many leaders are often known to the police in the past, he says. 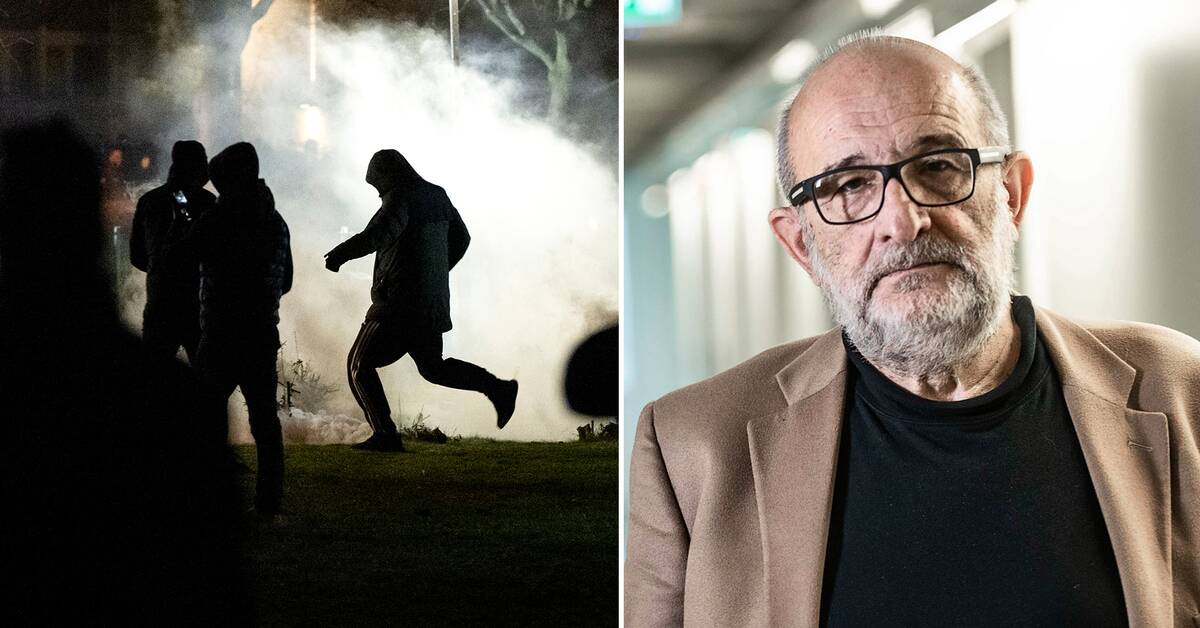 Rescue workers and police were attacked, cars were set on fire, and police cars were destroyed when hundreds of masked people took to the streets in response to the Danish right-wing extremist party Stram kurs announcing that they would hold meetings in several Swedish cities.

About 20 people have been arrested in connection with the riots earlier this week.

On Sunday, unrest flared up again in Linköping and Norrköping and another 26 people were arrested.

But the state of evidence in this type of case is often limited.

Partly because many participants are masked, partly because the police's function is primarily to protect the public and stop the riots.

- In this type of chaotic situation, the police must protect themselves from being injured or even killed.

Collecting and securing evidence is not the first thing that comes to mind, says Jerzy Sarnecki, professor of criminology.

Violent rioting is when a crowd, with the intention of using combined force to stand up to the authorities or otherwise force or prevent certain action, goes to combined violence on person or property, according to the Criminal Code.

The punishment for instigators and leaders is imprisonment for a maximum of ten years.

Other participants can be sentenced to a fine or imprisonment for a maximum of four years.

- The problem with the riots of recent days is not to prove that violent riots have been committed.

The problem is to be able, without all reasonable doubt, to show which people have participated in the riot.

The films are very central in this context, but in many cases, proof of support is also necessary.

It is often difficult to just start from photo evidence, says Sarnecki.

In Malmö, 18 reports have been received since the riot on Saturday and a 16-year-old has been arrested on suspicion of violent rioting, according to Petra Stenkula, chief of police in Malmö.

Even in Örebro, the police are now working to try to prosecute as many as possible after the incident.

The fact that many people were masked makes the work difficult.

- It is not an easy investigation work, then we would probably have had our fingers full already, says Niclas Hallgren, deputy regional police chief in Bergslagen.

Although it is difficult to identify and convict someone of a violent riot, Sarnecki believes that there are also factors that suggest that more people will be arrested and brought to justice for the last week's riots.

- Considering that it is an attack on the police, I am completely convinced that they will make great efforts to find the perpetrators.

You will definitely find many more when you have reviewed the evidence further.

Many of the perpetrators are already known to the police.

It is not religious extremists but already serious criminals who are leading in such riots.