Several fires were started on Ramels väg at Rosengård in Malmö on Easter evening and the police were met by stone-throwing, something that forced the police to use tear gas. 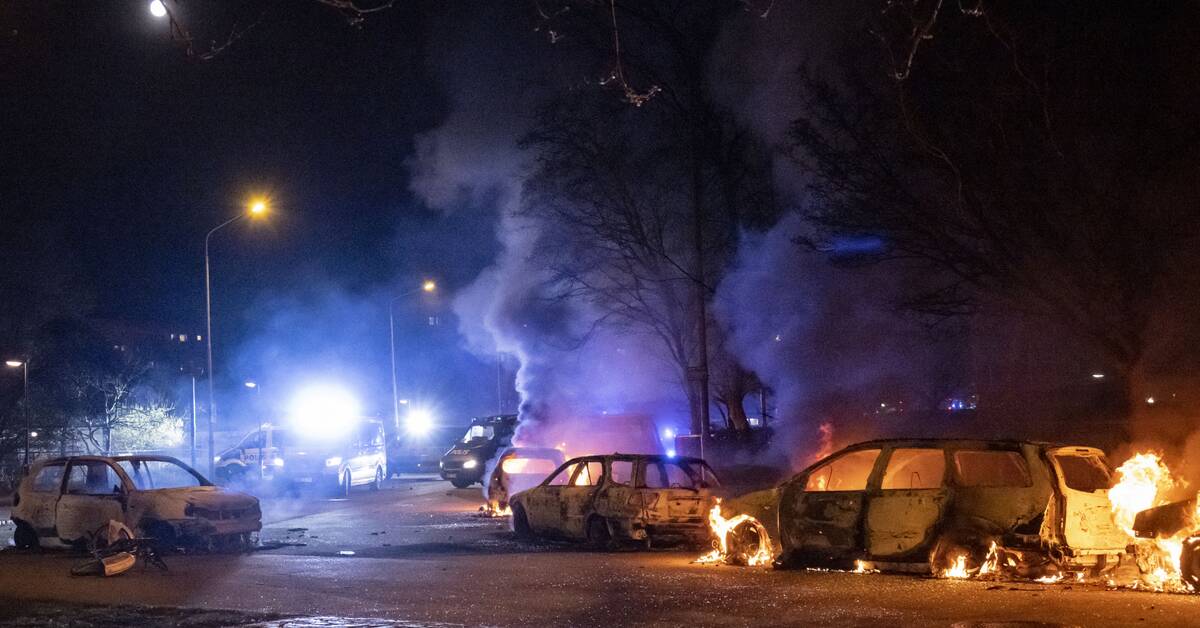 The police state that several reports have been made for violent riots, preparation for general dangerous destruction - for which three people have been arrested - sabotage against blue light activities, damage in several cases and aggravated arson.

The latter applies to Rosengårdsskolan, which was set on fire shortly after 00.30 the night before the second day of Easter.

- There was a fairly extensive fire at Rosengårdsskolan and we had to escort in the rescue service so that they could put out the fire.

It is unclear how much of the school has been destroyed, says Patric Fors, press spokesperson for Police Region South, at 03.30 to TT.

Eight people have been taken into custody for disturbing public order.

A large crowd consisting mainly of young people was in the area and several police patrols were on site to try to disperse the crowds who were in a state of rebellion.

"Several people have been seen setting fire to car tires, rubbish bins and other debris, and they have also pulled out and stolen a trailer from an adjacent petrol station and set it on fire," Patric Fors told TT at 11 p.m.

By 02.50, the area around Ramel's road had calmed down, but there was still unrest in other parts of Rosengård with several small fires.

- The rescue service has not been able to respond to all fires in the area due to the security situation and they have had to wait to put out some and left other small fires, mainly in cars and containers, which were not judged to be at risk of spreading, says Patric Fors.

No one has been reported injured after the riots.

- As far as I know, no one should have been injured, neither the police nor the stone-throwing young people, and later on Monday we will have a clearer picture of how many have been arrested and taken into care, says Patric Fors.

Several police patrols remained in the area overnight to be prepared for any further riots.

In recent days, he has visited - or announced that he plans to visit - Linköping, Norrköping, Örebro, Landskrona, Malmö and the Stockholm suburb of Rinkeby, something that has been followed by violent riots with vandalism and violence mainly aimed at the police.

At least 44 people have been arrested and about 17 police officers injured.