Saudi official to The Wall Street Journal: The Yemeni president is not under house arrest

The American newspaper "The Wall Street Journal" quoted a Saudi official who denied that Yemeni President Abd Rabbuh Mansour Hadi is under house arrest, or that he is prohibited from traveling, adding that Riyadh did not arrange to isolate President Hadi. 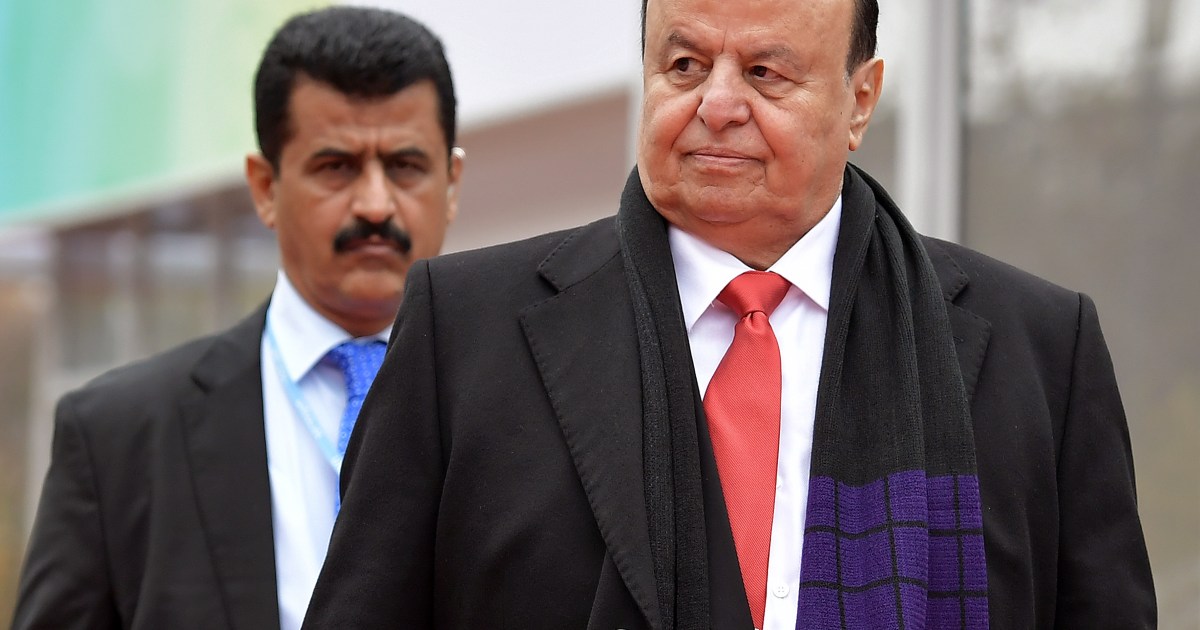 The American newspaper, The Wall Street Journal, quoted a Saudi official who denied that Yemeni President Abd Rabbu Mansour Hadi is under house arrest, or that he is prohibited from traveling, and the Saudi official denied - according to the American newspaper - that Riyadh had orchestrated President Hadi was dismissed, and she threatened to expose alleged corruption.

The newspaper quoted the Saudi official as saying that many Yemeni factions loyal to the government had lost confidence in President Hadi's ability to lead the peace negotiations, and that Riyadh had been asked to encourage him to resign.

In a report, the American newspaper also reported a denial from Abdullah Al-Alimi, the director of the Yemeni president's office and the new vice-chairman of the Presidential Leadership Council, that President Hadi is under house arrest, but he said that he would need time to arrange contact with him.

And the “Wall Street Journal” had quoted official sources that Riyadh had pushed Yemeni President Hadi to step down in early April and detained him at his home, and had restricted communications with him, and that he had been threatened to show evidence of his corruption if he did not sign a decree to step down from power in favor of leadership board.

On April 7, Yemeni President Abd Rabbuh Mansour Hadi issued a presidential declaration from Riyadh, stipulating the establishment of an 8-member Presidential Leadership Council headed by Rashad Al-Alimi, and transferring all its powers to this council.