(Fighting against New Coronary Pneumonia) The global daily increase in confirmed cases is close to 660,000, and the daily increase in South Korea's cases has fallen below 100,000   China News Service, Beijing, April 17. Comprehensive news: According to statistics from the Worldometer website, as of 6:30 on the 17th, Beijing time, there were 504,184,215 confirmed cases of the new crown worldwide, 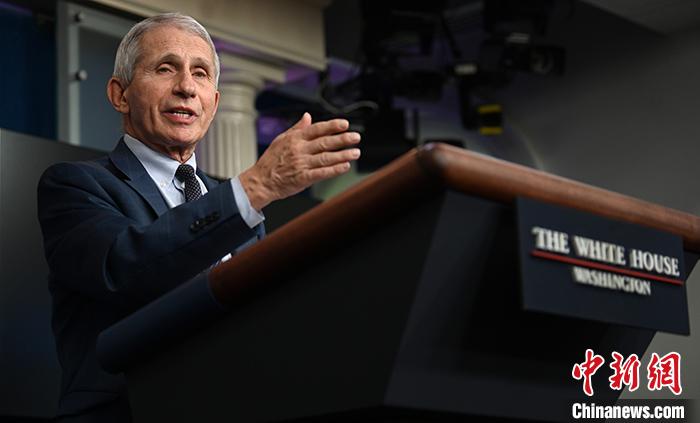 China News Service, Beijing, April 17. Comprehensive news: According to statistics from the Worldometer website, as of 6:30 on the 17th, Beijing time, there were 504,184,215 confirmed cases of the new crown worldwide, and a total of 6,221,424 deaths.

Data map: Fauci, director of the National Institute of Allergy and Infectious Diseases.

CNN reported that Fauci, an American infectious disease expert, recently wrote an article pointing out that "the traditional concept of herd immunity may not be applicable to the new coronavirus", and said "this means that for a long time, the new coronavirus will not be in the disappeared from the crowd".

Fauci said that this is mainly because the new crown virus is prone to mutation. In more than two years, five separate variants, including Delta and Omicron, have appeared.

Second, not enough people are vaccinated, and the non-persistence of immunity also contributes to the persistence of the new coronavirus.

Europe: German health minister stresses that "coronavirus is not a cold"

In response to the prevention and control of the new crown epidemic during Easter, German Health Minister Lauterbach posted on social media, emphasizing that the daily increase in confirmed cases and deaths in Germany remained high, and called on people to wear masks when gathering indoors, "especially during Easter. , we should not put ourselves or others at risk."

Germany lifted most of the new crown epidemic prevention measures earlier this month, only requiring people to wear masks in hospitals and nursing institutions and when taking public transportation, regularly conduct new crown virus testing in primary and secondary schools and nursing homes, and implement stricter measures only in "hot spots" where the epidemic is high. Epidemic prevention measures.

Lauterbach announced on the 4th of this month that the mandatory isolation of new crown patients will be lifted from May 1, and instead "strongly recommend" that patients self-isolate for 5 days.

However, he changed his tune two days later, announcing that he would continue to implement the mandatory quarantine policy, emphasizing that "the new crown is not a cold."

According to data released by the French public health department on the 16th local time, there were 111,583 new confirmed cases in France within 24 hours, which was the country with the largest number of new cases in the world that day.

According to the Russian Satellite News Agency, the Russian New Crown Epidemic Prevention and Control Headquarters reported on the 16th local time that in the past 24 hours, there were 11,095 new confirmed cases of new crown in Russia, and 240 new deaths. The cumulative number of confirmed cases exceeded 18.064 million.

Russia's new crown infection rate has dropped significantly since the end of February.

Russian Deputy Prime Minister Golikova said on the 15th local time that the Russian epidemic situation is getting better, but the threat of the new crown virus spreading in Russia still exists.

According to Yonhap News Agency, South Korea’s Central Epidemic Prevention and Control Headquarters reported on the 17th local time that as of 0:00 that day, 93,001 new confirmed cases of new crown were added in South Korea within 24 hours, and the daily increase in confirmed cases decreased by 14,915 compared with the previous day. example.

According to the report, this is the first time that the number of newly confirmed cases in South Korea in a single day has dropped below 100,000 after a lapse of 9 weeks.

The South Korean government believes that the epidemic has shown a trend of slow decline after peaking.

Starting from the 18th local time, social distancing measures will be fully lifted, and only the requirement of wearing masks will be retained.

From the 25th local time, the infectious disease level of the new crown epidemic has been lowered from the highest category A to category B.

South Korean health officials predict that the number of confirmed cases of the new crown in South Korea may hover in the range of 50,000 to 100,000 for a long time.

The Songkran Festival in Thailand starts on the 13th local time.

A spokesman for the Thai Prime Minister's Office said on the 16th local time that Thai Prime Minister Prayut Chan-o-cha is worried that the number of confirmed cases of the new crown may rise sharply after the Songkran Festival, and has instructed the Ministry of Health and relevant departments to prepare for the response.

Thailand's Ministry of Health predicts that after the Songkran holiday, the country's daily new crown infections may exceed 100,000.

According to the New Zealand Ministry of Health on the 16th local time, there were 13,636 new confirmed cases of new crowns in the country in a single day, and the cumulative number of confirmed cases was close to 819,000.

The New Zealand Ministry of Health reminds the public that wearing a mask can reduce the infection rate by about half, and wearing a mask on any occasion is a protective measure to be encouraged.

Many New Zealand health experts are concerned about the country's current practice of relaxing epidemic prevention restrictions such as "no longer limiting the number of outdoor and indoor gatherings, and not mandatory wearing masks in many places". They believe that the new crown vaccination for minors under the age of 16 in the country. Given the low rate, some schools may see cases of infection, and people are expected to travel in large numbers over the Easter holiday from the 15th to the 18th, creating uncertainty about the outbreak.