The most important thing right now is to ensure that the police have sufficient resources. That is the opinion of Minister of Justice and Home Affairs Morgan Johansson (S). But at the same time he rejects the Moderates' proposal to give the police access to water cannons. - They are poorly read, says Morgan Johansson about the M proposal. 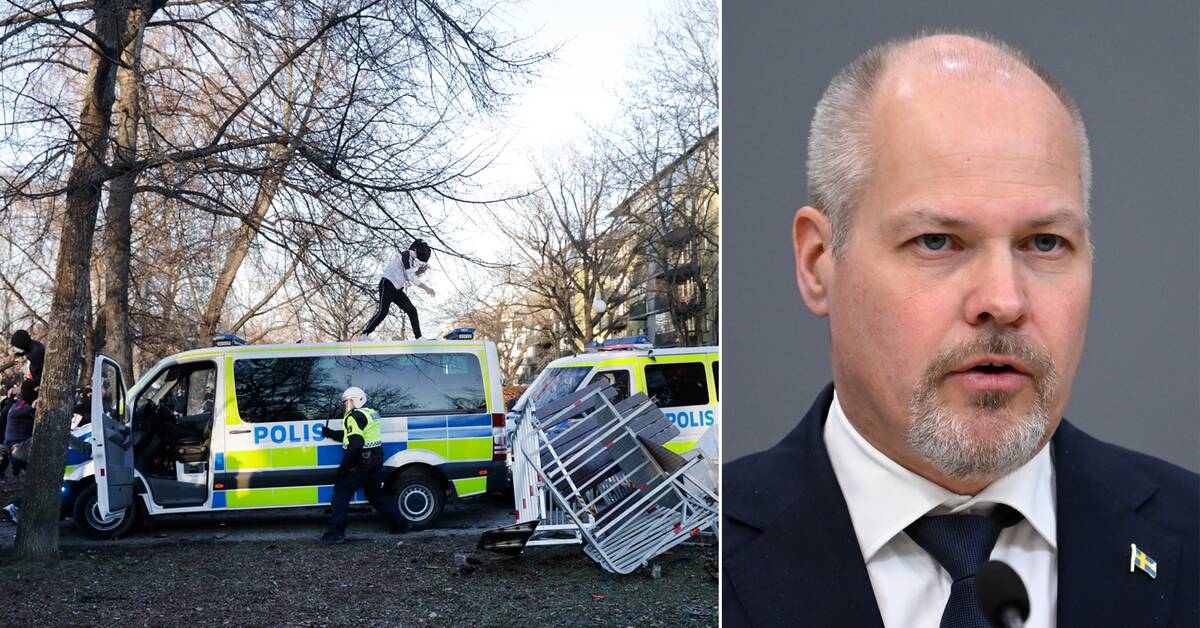 After the Easter riots and violence, Morgan Johansson Stram describes course leader Rasmus Paludan as "a right-wing extremist fool" who uses the constitutionally protected rights to divide and create contradictions.

- But those who attack the police also attack democracy, says Morgan Johansson about the violence in connection with Paludan's manifestations.

On Saturday, the Moderates 'legal policy spokesperson highlighted the Moderates' proposal that the police should have access to water cannons to handle this type of situation.

- We have proposed stricter legislation regarding attacks on police but also that police should have access to water cannons, said the Moderates' legal policy spokesman Johan Forssell to SVT.

Forssell (M): "Police officers should have access to water cannons"

Morgan Johansson says that the most important thing is that the police have sufficient resources - but he rejects the M-proposals and believes that the party is poorly read.

- What equipment the police want to procure is a decision that the police make, no political decisions are required for it.

From what I have seen so far, it is not equipment that the police want, says Morgan Johansson.

Regarding the proposal for a higher penalty, he says:

- We have just introduced new legislation for blue light sabotage and there is life imprisonment in the penalty scale.

So it's hard to imagine that you can go higher than that.

Do you think we will see some life sentences as a result of the events of the Easter weekend?

- I can not answer that, but that there can be real punishment, I am pretty sure, if you can bind people to individual acts.

Morgan Johansson maintains that he has confidence in the police, but he wants the unrest of the last few days to be evaluated to see what could have been done differently.

He wants, for example, an investigation into whether the police's staffing in each location has been sufficient.

- There is every reason to make an evaluation in peace and quiet when some time has passed since then.