In protest against Dabaiba, notables in central and southern Libya stop oil exports

Notables in central and southern Libya announced the suspension of oil production and export from fields in their regions until the national unity government headed by Abdel Hamid al-Dabaiba handed over power to the government designated by the House of Representatives headed by Fathi Bashagha. 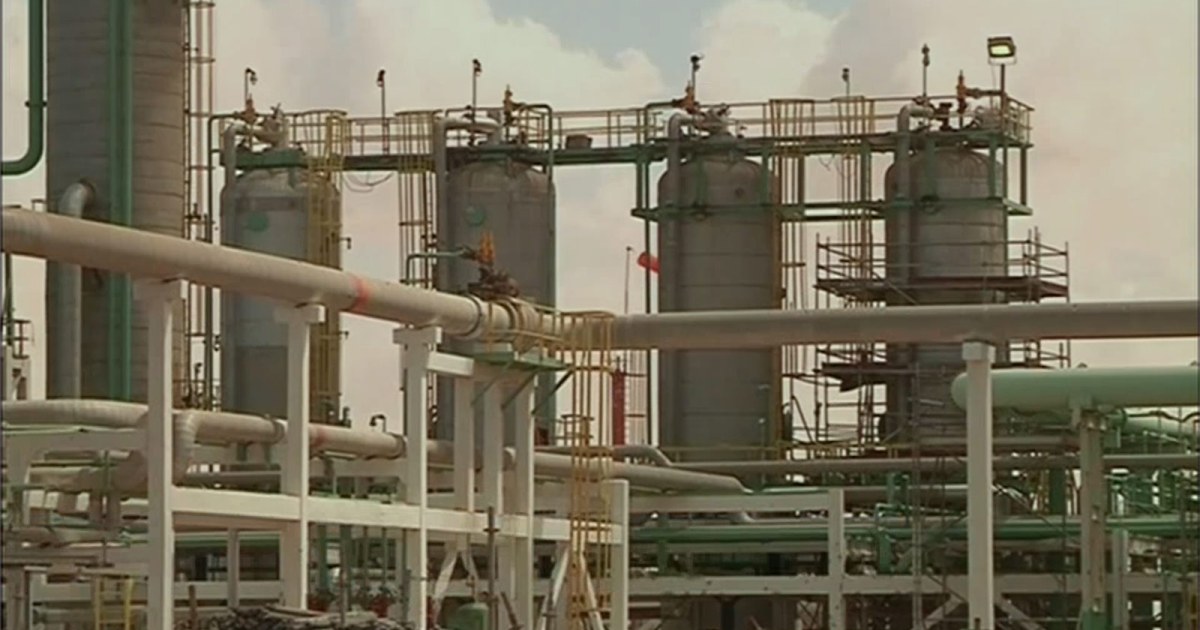 Notables in central and southern Libya announced the suspension of oil production and export from fields in their regions until the national unity government headed by Abdel Hamid al-Dabaiba handed over power to the government designated by the House of Representatives headed by Fathi Bashagha.

The people and notables of the Zueitina municipality in eastern Libya said that they decided to stop the export and production of oil from the Zueitina oil port and its affiliated fields.

In a statement issued in front of Zueitina port, they affirmed that the suspension of oil production and export will continue until the national unity government headed by Abdel Hamid al-Dabaiba hands over power to the Fathi Pashaga government appointed by the House of Representatives.

Two engineers at the Libyan oil port of Zueitina told Reuters that exports from the port stopped after protesters entered this morning.

They added that an oil tanker was prevented from loading one million barrels at the oil port.

The Zueitina area (central) contains oil fields in addition to the largest and most important export port in Libya, which is the Zueitina oil port.

And in a video statement last night, in front of the El Feel oil field, the notables of southern Libya said that they are announcing the suspension of oil exports from the region as of today, Sunday, until the national unity government leaves the scene and hand it over to the Pashaga government.

They demanded to ensure the equitable distribution of oil resources among the Libyan regions, and to support the competent authorities to reach the upcoming elections, away from the executive government's greed for power.

They called for the dismissal of the head of the National Oil Corporation, Mustafa Sanalla, and the correction of the legal status of the corporation's board of directors, away from political bickering.

In turn, the Libyan National Oil Corporation announced today, Sunday, a state of force majeure in the El Feel oil field due to the halt in production.

The government institution said in a statement that a group of unidentified people entered the facilities the day before and prevented employees from working.

The corporation called for the use of reason and wisdom and to distance the oil sector from conflicts, "to preserve what remains of the already dilapidated and dilapidated infrastructure, due to the consequences of the random closures over the past years."

The El Feel oil field is the largest field in the Murzuq Basin, southwest of Libya, and produces 125,000 barrels per day.

A few days ago, the members of the Joint Military Committee (5+5) representing the eastern Libyan forces led by Khalifa Haftar demanded to stop the export of oil, close the coastal road and stop flights between the east and the west.

The position of Haftar's representatives in the committee came in a video statement to them in response to the refusal of the National Unity Government headed by Dabaiba to hand over power to the Bashagha government.

Libya is witnessing a state of political division amid fears of a civil war, against the backdrop of the inauguration of the House of Representatives in Tobruk, Fathi Bashagha, as head of a new government, instead of a government headed by Dabaiba, who refuses to hand over power except to a government that comes through a new elected parliament.