Felipe VI and his family have not appeared in public this Sunday. Resurrection Sunday was spent in the private sphere, taking a new step to mark distances with the... 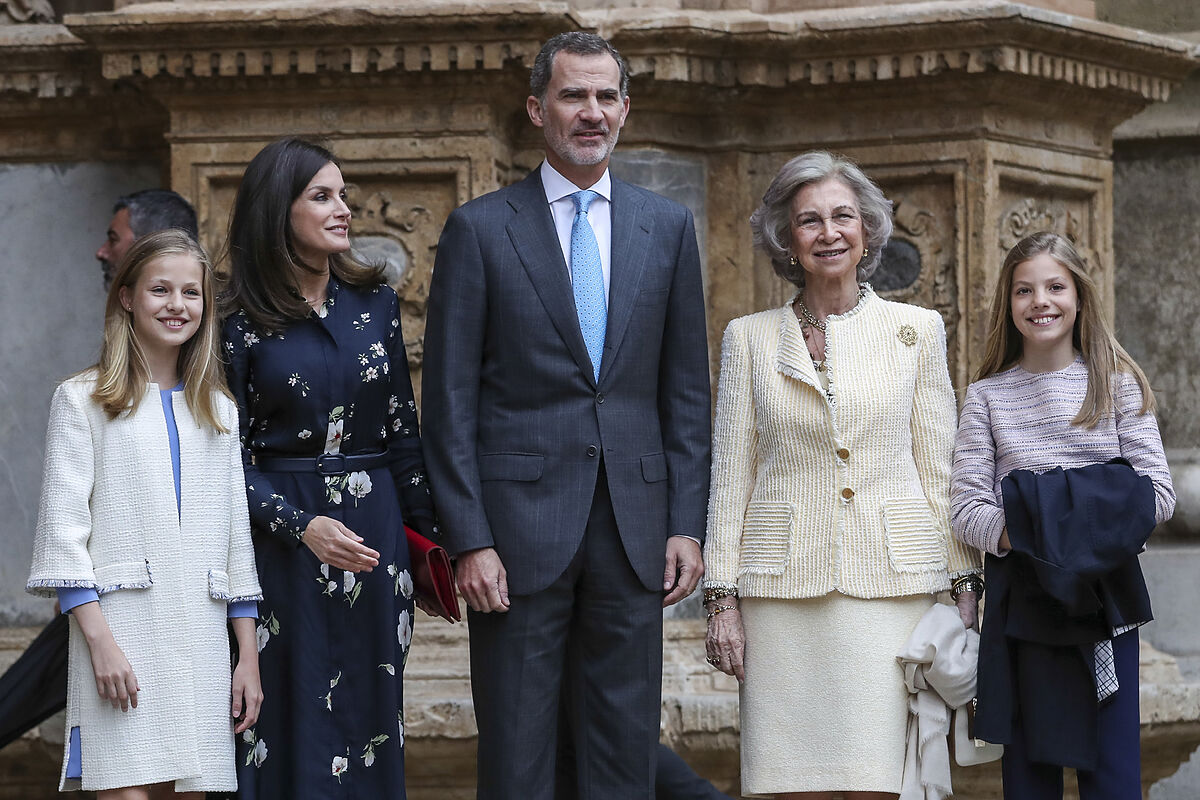 Felipe VI and his family have not appeared in public this Sunday.

Resurrection Sunday has been spent in the private sphere, taking a new step to

with the previous reign and differentiate itself from Don Juan Carlos.

the Holy Week of the Royal Family ended with their presence at mass in the Cathedral of Palma, this year the esplanade in front of the temple was empty for the first time since 1995, with the exception of the two previous years, of forced absence due to the pandemic.

King Felipe thus begins a new tradition, in which religious acts remain for the private sphere and Holy Week is conceived in a different way.

The step towards this new Holy Week scenario has not been easy or drastic within the Family.

The mass has always been conceived as

a private act of the Bourbons,

so it did not enter the agenda of official commitments.

As confirmed by EL MUNDO, at the beginning of this spring the Kings weighed up the idea of ​​going to the island to meet the appointment in the cathedral, and in fact

the security protocol was already organized.

However, a week before Felipe VI changed his plans.

There would be no mass in Palma.

Instead, the King and Queen appeared on Holy Saturday with their daughters at the Pozuelo de Alarcón Refugee Center and were with several Ukrainian families, in what was also the first engagement of the Princess of Asturias this year.

Changing traditions is not easy and this Holy Week was the right occasion to take a stand.

After two years without going to the cathedral due to the pandemic, not appearing

since in reality it is the third year that they are not present, so the tradition is gradually abandoned.

Because the Kings and their daughters did attend their appointment with the Cathedral of Palma in the first years of their reign.

they always kept their date on the island.

In 2018, the mass gave rise to an image crisis after the scuffle between Doña Sofía and Doña Letizia.

Once recovered from the scandal, a year later the family met again in the Cathedral to give an image of cordiality.

they did not travel to Palma.

Although at first it was thought that

Doña Sofía would appear at the mass

, the King's mother finally decided not to attend, despite the fact that she was in Mallorca on vacation.

That was, in fact, the main reason why the previous Royal Family - Don Juan Carlos, Doña Sofía and her children and grandchildren - started going to Easter mass.

As they spent the

, they ended those days of rest at mass before returning to the Peninsula.

But for years each member of the family has spent the holidays in a different and unknown destination, so in the last days of the reign of Don Juan Carlos they went to Palma

the tradition of the Easter mass and return again to Madrid.

Now, with the Royal Family reduced to the Kings, Doña Sofía, the Princess and the Infanta, the image in front of the cathedral seems to

fit less and less into the plan

of differentiating itself from the previous reign.

the appearance of Holy Saturday.

Far from being a trip or a getaway, the Kings chose a social cause, such as the Ukrainian refugees, to reappear during the vacation break of many Spaniards.

Despite the fact that Don Felipe and Doña Letizia

traveled to the Vatican

just two weeks after the proclamation, faith is increasingly reduced to the private sphere of the Royal Family and this has been the first Holy Week without public religious acts.

without images of Doña Sofía,

who became the missing member of the King's family after learning that the rest of her family -except Felipe Marichalar- were with Don Juan Carlos.