No masks, no health restrictions but wreaths of flowers on the head and glitter makeup: the famous music festival in Coachella, California, resumed on Friday for… 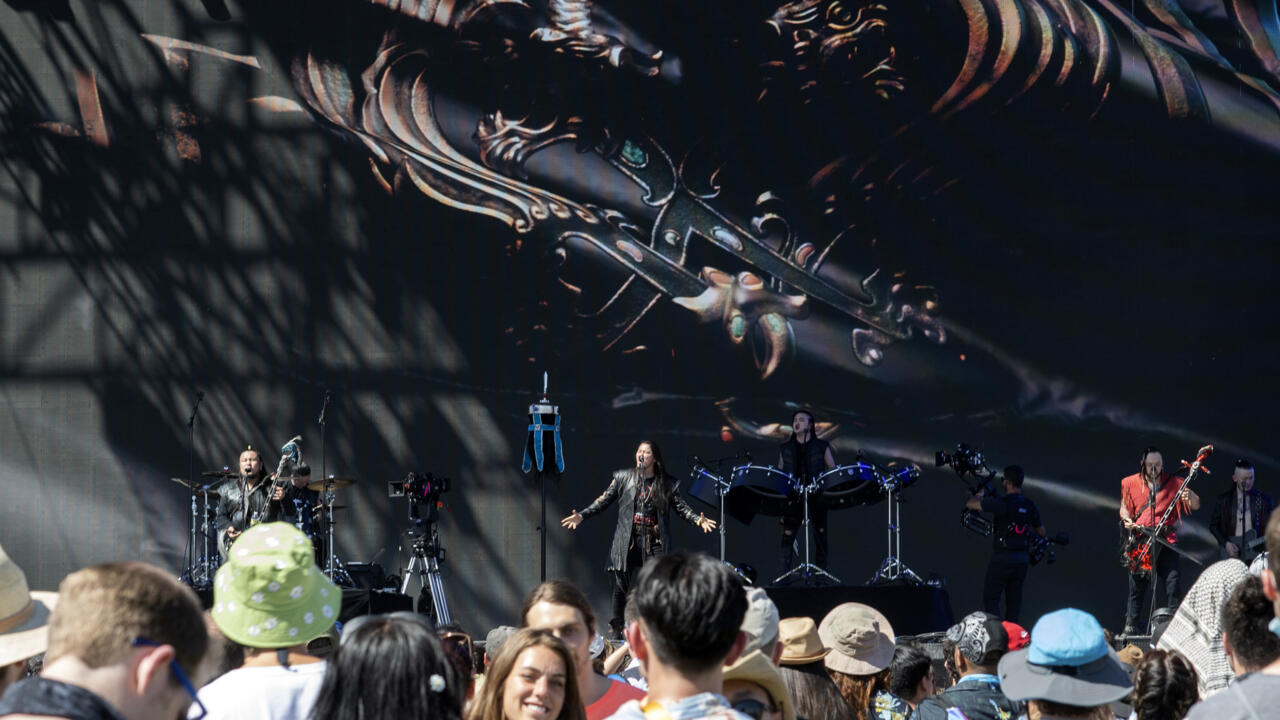 "I'm vaccinated and we're outdoors, I'm not worried at all, I really needed that," says Katie, 22, from New York and whose second time at Coachella.

"I'm so happy to be here, it's great," she added during a concert by The Hu, a rock band from Mongolia.

Even though Covid-19 cases are increasing in the United States, hundreds of thousands of people are expected in Indio, in the California desert, for this huge event which is held over two three-day weekends.

On display this year, Billie Eilish, Harry Styles and The Weeknd, as well as Swedish House Mafia.

The 2020 edition of the festival had been canceled due to the coronavirus pandemic, and two years of chaotic cancellations, concert date and program changes followed.

After a three-year hiatus, Coachella is seen as a test event for an industry still unstable after all the pandemic-related setbacks.

Organizers said they would not require proof of vaccinations, masks or social distancing.

The festival is held mostly outdoors, welcoming some 125,000 enthusiasts a day from across the country and abroad, many of whom camp out or fill nearby hotels.

Jose Arballo, a spokesman for the local health authorities, said testing capacities would be increased in the area as well.

At the Coachella festival on April 15, 2022 VALERIE MACON AFP

While cases have fallen sharply since January across the country, their number is beginning to rise, according to authorities.

Some universities have reinstated mask-wearing requirements, but restrictions remain minimal across most of the United States, including California.

Other big names at Coachella this year include Megan Thee Stallion, Phoebe Bridgers and Doja Cat.

The Weeknd and Swedish House Mafia were added to the roster at the last minute after Kanye West pulled out.

Travis Scott has also given up performing after a deadly stampede during his concert in Houston last year.

Other concerts on the program are those of the French from L'Impératrice, the superstar Stromae, the Palestinian DJ Sama' Abdulhadi and the South African Black Coffee.