Several hundred demonstrators in France against the far right

They came to say "no to the extreme right". Several hundred demonstrators in Paris and in around thirty cities expressed their concern on Saturday to see Marine Le Pen access the Elysée at… 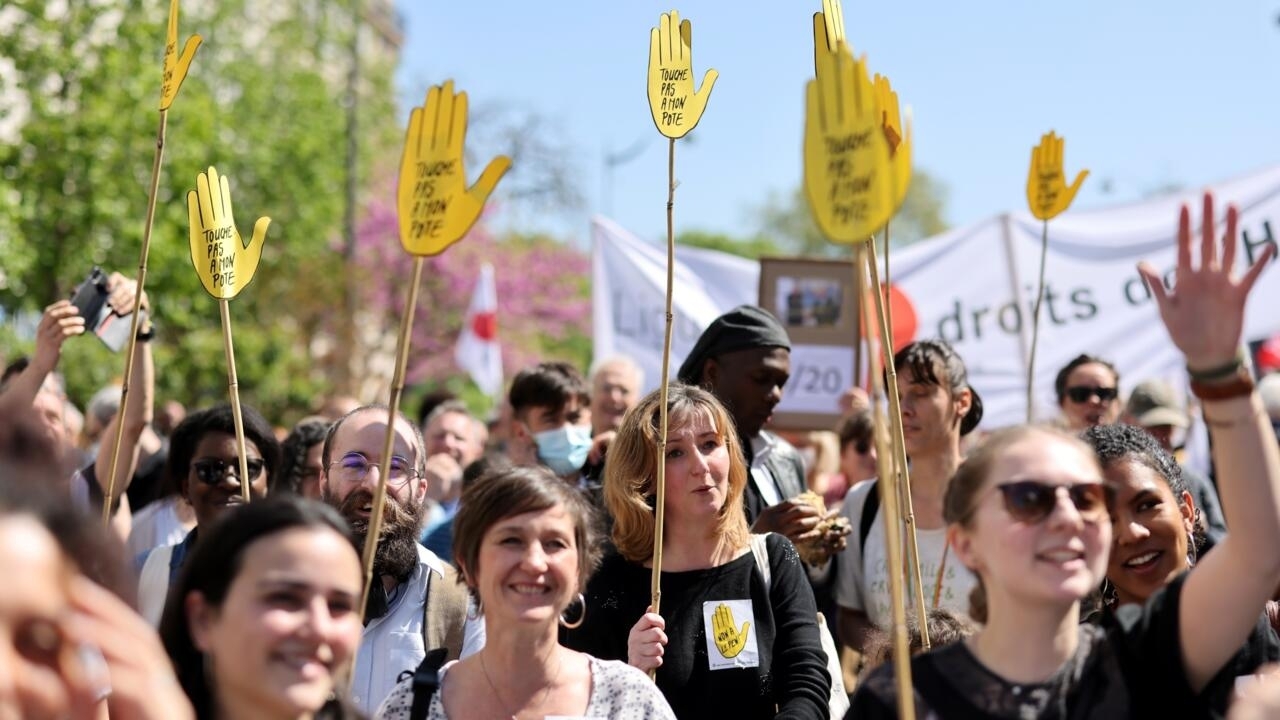 "We are here to say no to the far right. (...) for society, freedoms but also the climate. It would be a real regression if it came to power", explained to AFP Jean-François Julliard, director general of Greenpeace France, place de la Nation before the departure of the procession around 2:30 p.m.

League of Human Rights, SOS Racism, CGT, Syndicate of the Judiciary .... in total about thirty organizations and unions called for these demonstrations.

And the authorities were expecting around 15,000 people in the territory, including 3/4,000 in Paris.

Marine Le Pen, who spoke to the press earlier in the morning in Saint-Rémy-sur-Avre (Eure-et-Loir), believes that "coming to demonstrate against the results of an election" is "deeply anti-democratic So I think the French find it unpleasant to see their choice being challenged in the street, through demonstrations.

"Against the far right, for justice and equality. No Le Pen at the Elysée", advocates the head banner in Paris.

"Our concerns are that the far right will come to power (...), we do not want Marine Le Pen at the Élysée. We are here to say + use your ballot to prevent him from “coming to power +, we do not say + vote Macron +, but it comes down to that”, insisted François Sauterey co-president of Mrap.

Activist of SOS Racisme, Sasha Halgand regrets being faced with "a Macron / Le Pen duel which the youth does not want. We want to say no to the far right. Macron participated in its rise but the useful vote is carried on him. If Marine le Pen came to power, there would be fascist militias, draconian laws".

The RN program, "it's anything but a social project as it claims to be (...). We are here to say + there is fire, our social movement must react +, explains Benoit Teste, secretary general of the FSU "The FSU also has serious concerns about education with a terrifying plan to control school curricula and young foreigners who would be expelled."

Lucile Muller, 19, a student in animation cinema in Paris, is there to "contest the two candidates".

“It is not acceptable that we have to choose between Macron and Le Pen, we already had the same result five years ago but we did not know Macron. There, we saw police violence, draconian laws ( …) We would have liked to have the choice, with a second round Mélenchon / Macron, with debates on ecology for example”.

A demonstrator holds up a sign to say no to Le Pen during a demonstration against the far right, on April 16, 2022 in Paris Thomas COEX AFP

In Paris, the demonstration is considered "at risk" by the authorities, who have deployed an important device, because the procession is "likely to bring together various protesters, yellow vests, ultraleft" and associations, according to a police source.

A video calling for demonstrations in Paris against Emmanuel Macron has been circulating since Friday evening on social networks.

In Besançon, Malee Caretti, 28, manifests "against racism. It's been getting worse and worse for years, this trivialization of racism and social violence we see it".

Many angry students have since been mobilized in their universities to protest against the result of the first round and highlight ecological and social issues.

In Marseille a rally is planned from the Old Port, not far from the Pharo where the candidate president must hold a meeting at 4:00 p.m.