Ligue 1: the Greens regain victory and get out of the red zone

Two goals from Mahdi Camara allowed Saint-Etienne to return to victory by winning at the expense of Brest (2-1) on Saturday at the Geoffroy-Guichard stadium, and to get out of the red zone in the 3… 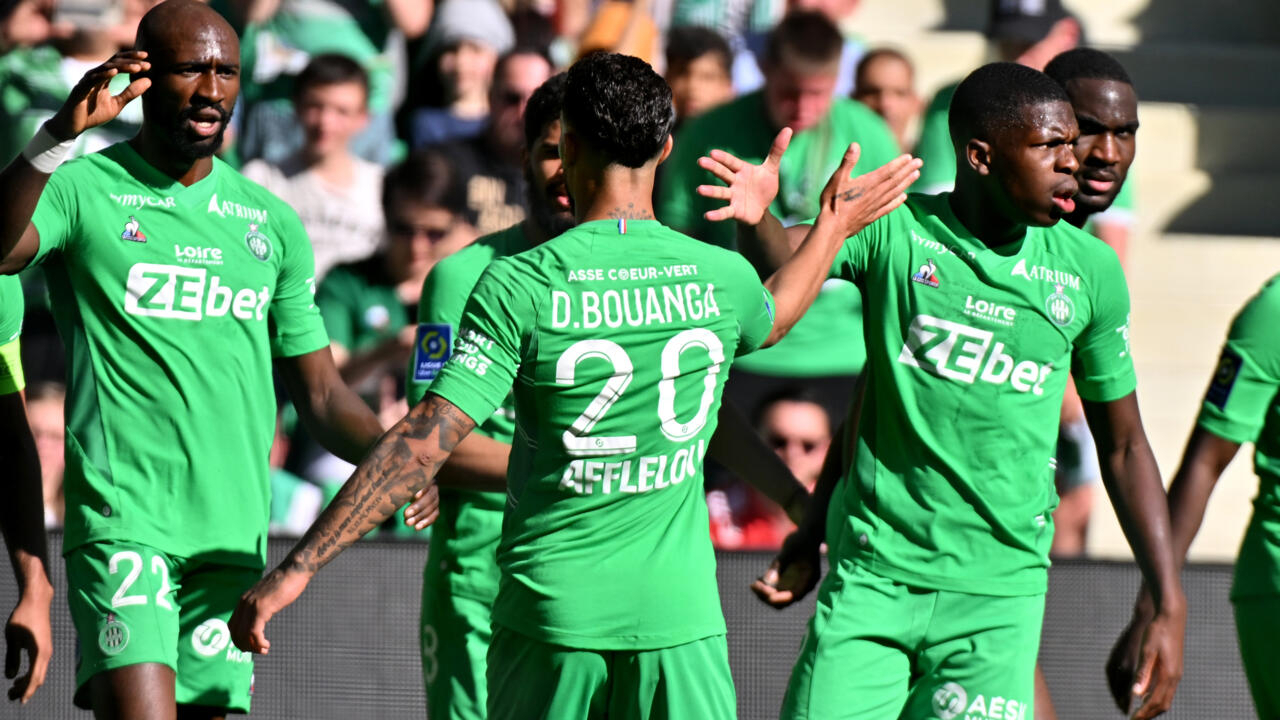 The Stéphanois club has 30 points and is temporarily two steps ahead of Clermont (18th, play-off) who plays on the field of Messins (20th) on Sunday.

Camara was therefore the hero of the victory over Brest, 12th in the standings.

Actor of a less happy episode when he was at the origin of a fight in the enclosure of the training center against one of the goalkeepers of the reserve team, Mahdi Camara had been dismissed from the group last week and was not a nightmare trip to Lorient.

He equalized by taking a corner kick from the left wing by Denis Bouanga (14) with a header at the far post and then gave his team the advantage by taking another corner from Bouanga, this time shot from the right ahead of the chest Lilian Brassier who had just come into play (39).

Always dangerous from a corner, Saint-Etienne could have added a third goal following a corner from Bouanga with a shot from Arnaud Nordin diverted by Marco Bizot (69) who again intervened on an attempt by Ryad Boudebouz ( 71).

Bernardoni, the other hero

Despite this precious victory in the race to maintain, not everything was positive for the Greens, still combative but led 1-0 from the start.

They were surprised by a former member of the house, Franck Honorat who deceived Paul Bernardoni with a low right shot from the 8th minute after having infiltrated the full axis defense.

Brest striker Franck Honorat opens the scoring against Saint-Etienne, during the 32nd day of Ligue 1, April 16, 2022 at the Stade Geoffroy-Guichard JEAN-PHILIPPE KSIAZEK AFP

And several times, the Saint-Etienne rearguard was on a wire and put out of position.

Honorat could have equalized in the second half with an attempt just wide (65) before giving a goal ball to Irvin Cardona who could not resume (66) while Steve Mounié missed a good opportunity with a recovery of head too soft (76).

And Bernardoni was the other hero of the Greens by saving his team in extremis from the Brest equalizer on a resumption of the head of Christophe Herelle (90 + 5).

Brest will have to wait to confirm its maintenance.