A classic Paris SG-Marseille top of the table will close Sunday a 32nd day of Ligue 1 crucial in many respects: for the title promised to the Parisians, for the race for Europe and for the m… 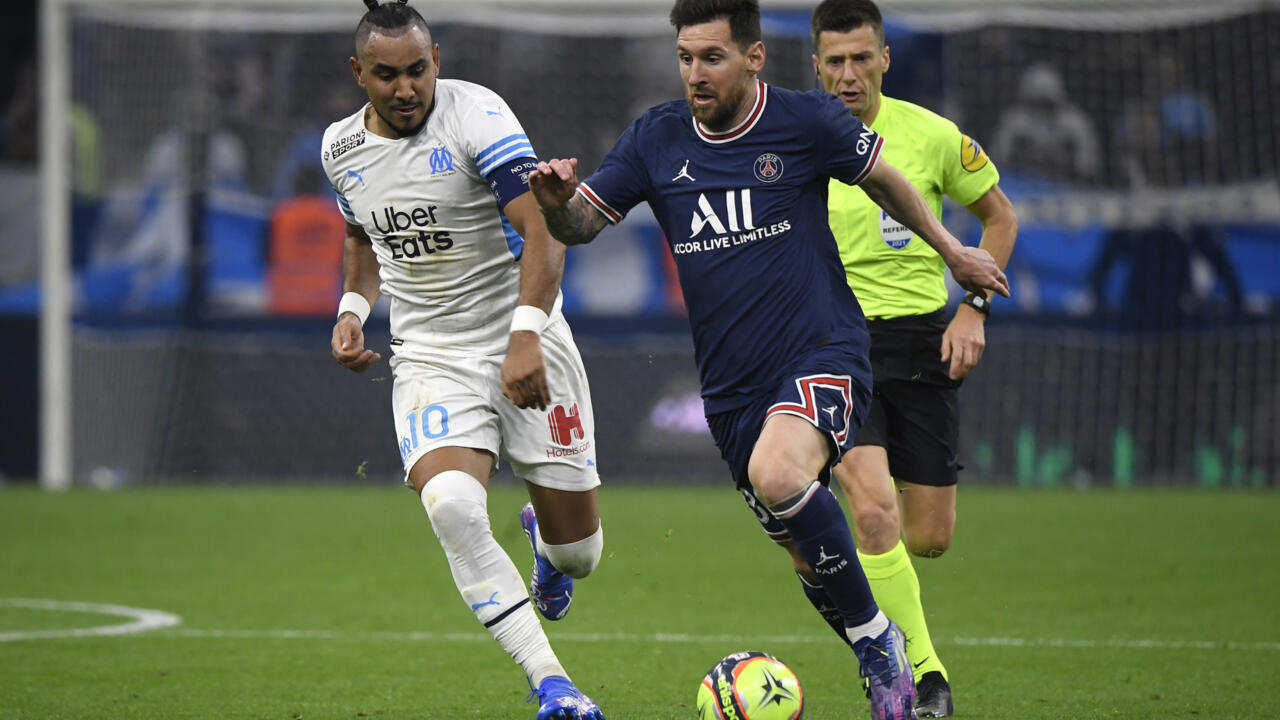 The shock: PSG-OM, classic at stake

It's time for the classic Ligue 1!

The highly anticipated opposition between PSG and OM, Sunday (8:45 p.m.) at the Parc des Princes, is also a duel between the leader and his runner-up after 31 out of 38 days.

Twelve points certainly separate the Parisians from the Marseillais, but the stakes are high for both teams: in the event of PSG's success, Kylian Mbappé's club will approach its 10th national title, which it could win as soon as Wednesday in Angers in the event of favorable results.

In the event of a Marseille victory, Jorge Sampaoli's men would take a small step towards second place, directly qualifying for the Champions League, and could boast of having won the direct confrontation, after the draw obtained in the first leg (0 -0).

They would also come to conclude a perfect week, after qualifying for the semi-finals of the Europa League Conference won Thursday in Greece.

"It's the flagship match of the French championship. We're up against a team that has a lot of talented players. Our goal is to bring back points. We're in good shape, we're not complexed. We'll go there to play and keep 2nd place", warned the Turkish Cengiz Ünder in an interview with the local daily La Provence.

Will the atmosphere in the stands be up to the event?

The question remains, because the PSG ultras have not hesitated to show their dissatisfaction since the elimination in C1.

The stands will also be scrutinized in Lille, for the boiling derby of the North against Lens on Saturday (9 p.m.), between two clubs which do not leave each other in the classification (Lille is 7th, Lens 8th).

Sang et Or supporters are prohibited from traveling to this match.

The Portuguese defender of Lille Tiago Djalo, in the fight with the Lensois striker Arnaud Kalimuendo, during the round of 16 of the Coupe de France, on January 4, 2022 at the Stade Bollaert-Delélis FRANCOIS LO PRESTI AFP / Archives

The player: Bouanga, Green with rage

Will Denis Bouanga be the man to maintain Saint-Etienne?

In any case, the Gabonese striker puts all his energy into this quest, even if it means exploding with anger when things go wrong.

Bouanga is four goals scored in the last six matches of the Stéphanois, an involvement in six of ASSE's last nine goals in L1, but also a memorable "mouthing" pushed on the side of Lorient last week after the debacle 6 -2.

"We were bad at ch ... We thought we would do everything by leading 2-0 and in the end we were simply killed", launched the striker at the microphone of Prime Video.

"Shame on us, we put a whole club to shame. It's nothing."

The joy of the Gabonese striker of Saint-Etienne Denis Bouanga, after opening the scoring against Lorient, during the 31st day of Ligue 1, April 8, 2022 at the Stade du Moustoir FRED TANNEAU AFP / Archives

At 27, Bouanga can't do much about the ten goals conceded by the Greens in the last two matches (6-2 in Lorient, 4-2 against Marseille), while he is directly involved in 33 goals in the top flight. (24 achievements, 9 assists) since his arrival in Forez in July 2019.

To get out of the "nothingness" and go up in the standings, the reception of Brest on Saturday offers the Greens (18th), and therefore Bouanga, a mid-table opponent (12th) who can no longer expect much from his end of the season.

The number: 3, Bordeaux in a dream

In Lyon on Sunday (5:05 p.m.), Bordeaux, 19th, is looking for a third match in a row without defeat (unpublished series since October) and a third away victory of the season (after the 2-1 in Saint-Etienne on September 18 and the 2-1 in Troyes on December 12).

The hope of getting out of the red zone for the first time in almost three months gives energy to the Girondins, beaten by a length by Saint-Etienne before the weekend.

Lyon's Brazilian midfielder Lucas Paqueta, in the fight with his compatriot and Bordeaux counterpart Fransergio, during the 17th day of Ligue 1, on December 5, 2021 at the Stade du Matmut Atlantique ROMAIN PERROCHEAU AFP / Archives

Beware, however, of OL (10th), who have three matches unbeaten in the Championship and still have a small chance of playing in a European Cup next season... Les Gones are looking to save their season as best they can, after the pitiful elimination suffered Thursday in the Europa League in front of West Ham (3-0).