Volleyball: Andrea Giani wants to bring "regularity" to the Blues

"This team is incredible. But they did not have the regularity in the performance": the Italian Andrea Giani, new coach of the French volleyball players, aims to maintain the champions... 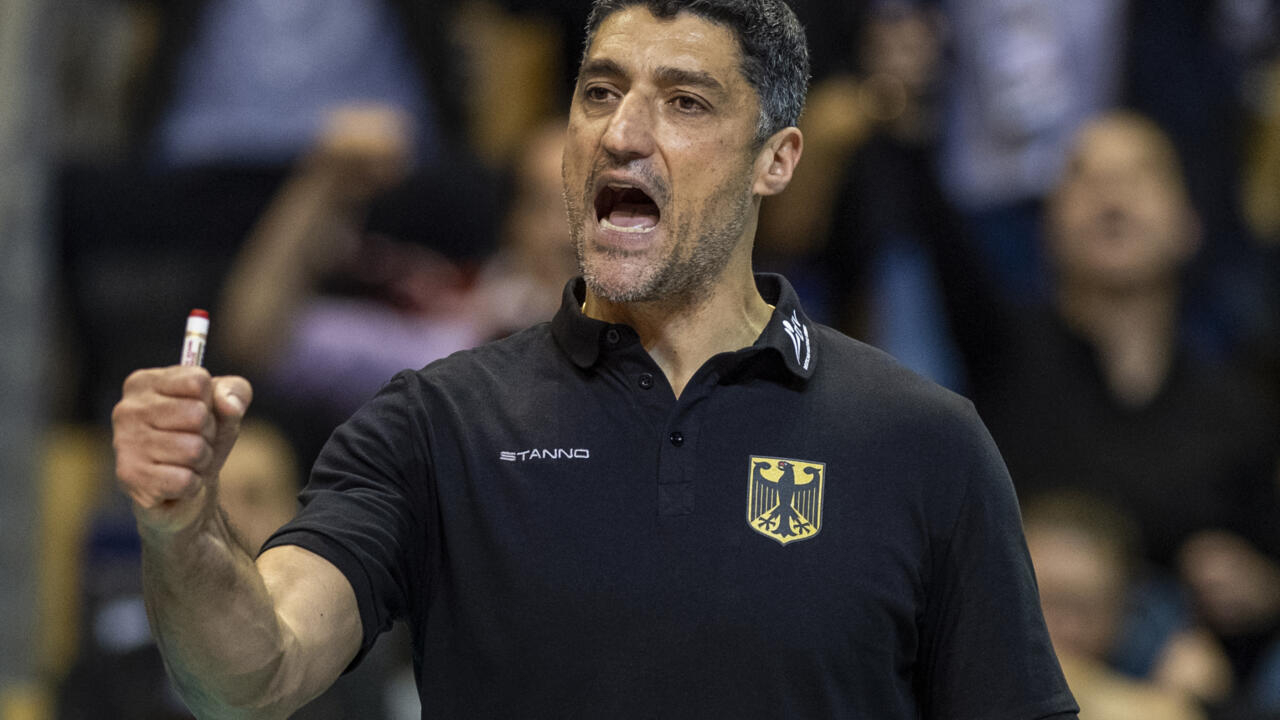 The Modena coach, where Earvin Ngapeth, figurehead of the Blues, is playing this season, agreed ten days ago to take over from Bernardinho, who resigned for family reasons from the France team.

"It was too easy to find the motivation. The French team is fantastic, I know some players very well, that I was able to have in the clubs where I trained, or where I still train" , explains Giani, whose Modena team is still in the running to win the Italian championship (semi-final against Perugia).

Legend of Italian volleyball as a player - two silver medals at the Olympic Games, triple world champion, and quadruple European champion - the almost 52-year-old Neapolitan (he will celebrate them on April 22) has switched to a career as a coach during which he notably led Milan when Trévor Clevenot was playing there, and Modena since 2019, with Jénia Grebennikov last season, and Ngapeth this year.

Andrea Giani in the jersey of Italy in the smash against Egypt at the Volleyball World Championships in Okayama, Japan, November 24, 2003 KAZUHIRO NOGI AFP/Archives

This knowledge of part of the team facilitated his decision, when he had to break his commitment for the year 2022 with the German selection.

"Over the past ten years, France have always had the possibility of finishing in one of the first three places in each competition. This team is incredible. But they have not had the regularity in their performance", notes the new coach, who wants to find this regularity.

"We have to help the players to stay at the best level all the time. It's not easy," he admits.

"I first have to know the players, to learn the culture of sport in France. It's different depending on the country. The players must also get to know me, my system. We need a little time, me and the players", slips Giani, whose first two deadlines will be the League of Nations in June and July, then the World Cup, at the end of August and the beginning of September.

To carry out his mission at the head of the Blues until 2024, he surrounded himself with Loïc Geiler, coach in Fréjus and who will be one of his assistants after having been that of the French Cédric Enard, coach of the Estonia.

His other assistant will be Roberto Ciamarra, who assists him in Modena.

Andrea Giani, new coach of the French men's volleyball team, on the bench of the German selection in Berlin on January 6, 2020 against Belgium during the Olympic qualifying tournament for the Tokyo Games Odd ANDERSEN AFP / Archives

Giani will also experience a first with the 2024 Olympics organized in Paris.

"I played for 20 years with the Italian team, we didn't play a single big tournament in Italy. No Olympics, no Euros, no World Cup, only the World League, but it's not not the same thing", he explains, while Italy, dominating in the 1990s and 2000s had to wait until 2005 to organize (and win) the Euro, without Giani.

He is thus impatient to compete in the Olympic Games in front of an audience won over to the cause of his team, in Paris in a little over two years, Porte de Versailles.

For the moment, it is in English that he expresses himself, but he promises it, his next objective will be to speak French.

When the question of mastering the language of Molière is put to him, he disappears for a few seconds and returns with three books to learn French in his hands.

"I got into it, I hope to improve during the VNL (Volleyball Nations League) with the players," he slips mischievously.

Andrea Giani, the new coach of the French men's volleyball team, against Belgium at the Olympic qualifying tournament for the Tokyo Games on January 6, 2020 in Berlin Odd ANDERSEN AFP / Archives

His history with French volleyball dates back to his beginnings as a player.

When he started his career at Parma in the mid-1980s, the Italian club's passer was a member of Les Bleus.