Within half an hour, cars burned at four different addresses in Katrineholm during the night until Good Friday. 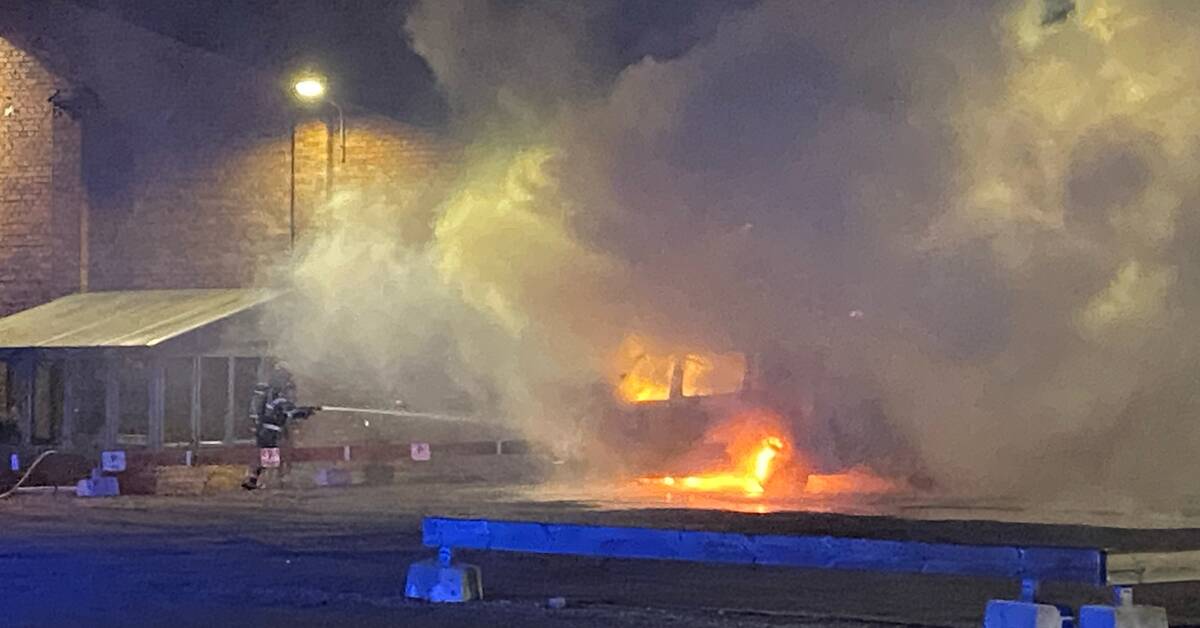 Then there was a fire on Källmogatan and then alarms were received about car fires on Nyhemsgatan, Bjurstorpsgatan and Östermalmsgatan.

The alarm about the fire at the latter address was received at 01.01.

Exactly how many cars have been damaged in the fires is not known.

- It may have spread to some more car, it is unclear, says Johnny Gustavsson press spokesperson in police region East.

Believed to be landscaped

The police suspect that the fires were started.

No one has been arrested yet.

- That four cars, independently of each other, burn on the same evening in less than half an hour - that possibility is less than winning the lottery, says Johnny Gustavsson.

The police do not know if the car fires in Katrineholm have any connection to Thursday's riots and riots in Linköping and Norrköping.

- We have not talked to these individuals who set fire to these cars, so from that aspect it is impossible to answer that question, says Johnny Gustavsson.