Japanese Princess Mako works as a volunteer in an American museum

Japanese Princess Mako gave up her titles and $1.3 million in annual cash to marry a commoner, and now works as an unpaid volunteer at the Metropolitan Museum of Art in New York. Mako Komuro, 30, works at the Museum of Asian Art and is responsible 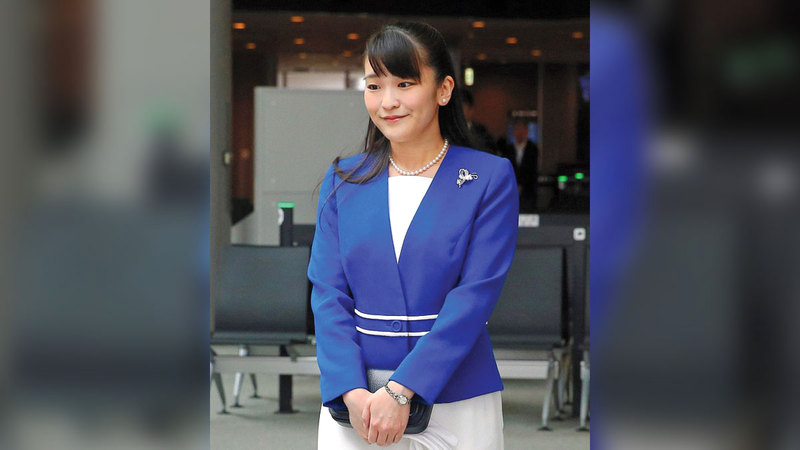 After giving up her title and a $1.3 million donation

Japanese Princess Mako works as a volunteer in an American museum

Mako chose to live the life of a commoner.

Japanese Princess Mako gave up her titles and $1.3 million in annual cash to marry a commoner, and now works as an unpaid volunteer at the Metropolitan Museum of Art in New York.

Mako Komuro, 30, works at the Asian Art Museum and is responsible for curating an exhibition of paintings inspired by the life of a 13th-century monk who introduced Buddhism to Japan.

The museum is located on the Upper East Side, a 10-minute drive from the luxurious one-bedroom apartment she shares with her husband, ambitious lawyer Kei Komuro, 30.

The two were engaged for eight years, before they tied the knot last October, in a simple civil ceremony in Tokyo.

Since only male members of the Japanese imperial family are allowed to marry non-royal family members, Mako's decision to marry for love means that she is no longer considered a princess, and none of her future children will be in the line of succession to the emperor.

Mako and Kei met in 2013, when they were both studying at the International Christian University outside Tokyo, where she studied art and cultural heritage.

She continued to work as a researcher, especially at the University of Tokyo Museum.

She also studied art history at the University of Edinburgh in Scotland, and obtained a master's degree in Museum and Art Gallery Studies from the University of Leicester in England in 2016. Mako is the daughter of Crown Prince Fumihito, and niece of Japanese Emperor Naruhito.

Mako and Kei had an informal engagement in 2017, and they planned to get married in November 2018. At first, the Japanese happily received this news, but later a scandal broke out involving Kayo, Kei's widowed mother, who did not return the $35,000 of the former fiancée's money. for her son, which she paid to pay her son's tuition fees.

This prompted critics to say that Key wanted to marry the princess only for money or fame.

Key released a 24-page explanation about the money, claiming it was a gift and not a loan.

In the end, he said he would pay it back, although it is not known whether the money was returned.

Despite this, Kei and Mako's engagement continued.

In 2020, she begged the Japanese public to support her decision to marry a commoner.

Key is trying to pass the New York State Bar exam, to become a lawyer after failing last summer.

He first sat for the exam last July, three months before his marriage to Mako, but he was unsuccessful after the results came out in November.

And he underwent the test again in February, but the results have not been announced yet.

Key's last attempt at the bar exam came less than a year after he first took the exam last July, when he had the option of taking the exam remotely.