Alaa Abdel Fattah may be one of them.. Egyptians who were expelled by foreign nationality from prison 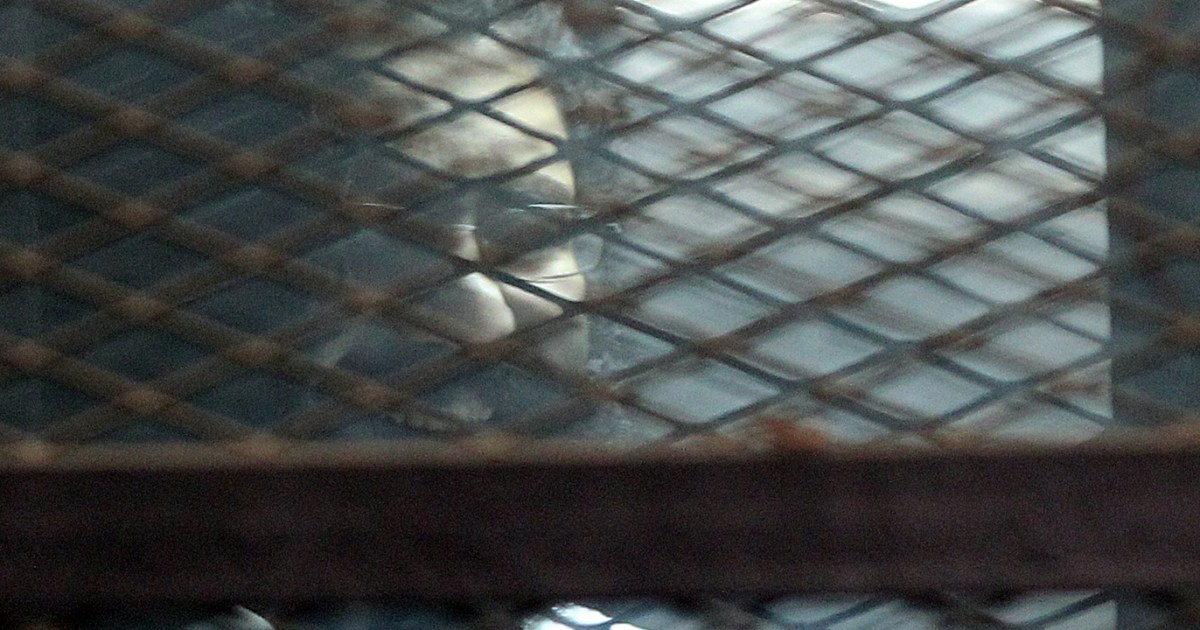 In one of his most important films (Black February), the late artist Khaled Saleh stood explaining to his family members how they can live safely in Egypt, by affiliation or closeness to the security or judicial agencies or senior businessmen, and the last solution is to “obtain a state passport.” respectable,” as he described it.

It seems that this last solution has become the hope for the family of political activist Alaa Abdel-Fattah on the way to get him out of the prison he has been in for 3 years, which reminds us of similar cases where foreign nationality and renunciation of Egyptian nationality were the only way out of prison.

Two days ago, Abdel-Fattah's family announced that Alaa and his two sisters had applied for British citizenship since 2019, based on the fact that their mother, a professor of mathematics at Cairo University Lily Souef, obtained British citizenship after she was born there in 1956.

The family added that it had requested a British passport for Abdel-Fattah to be a way out for him from his "impossible" ordeal, in reference to the possibility of his release after this development.

In a statement signed on behalf of his two sisters, Mona and Sana, the family said that, as a British citizen, Abdel Fattah demands visits to a British consulate in his prison and communication with lawyers in Britain so that they can “take measures before the British judiciary regarding the violations he has been subjected to and all crimes against humanity over the years.” aphasia".

"This is a British citizen who is being held illegally, in appalling conditions, solely for exercising his basic rights of peaceful expression and association," Britain's Daniel Forner, one of the family's lawyers, told The Associated Press.

In turn, a British Foreign Office spokesman said that a consular visit had been requested for a British citizen, without elaborating on further details.

10 days ago, Abdel-Fattah began a hunger strike in protest against his arrest and the violations he said he is being subjected to in prison, while his family says that he has been held in a cell without sunlight for two and a half years, and deprived of books and exercise, after being convicted in an “unfair” trial. ".

It also says that he suffered ill-treatment and witnessed worse abuses against fellow prisoners.

Abdel Fattah is also a prominent opponent of the rule of current President Abdel Fattah El-Sisi. He was arrested in 2013 and tried the following year on charges of gathering and protesting, receiving a 5-year prison sentence with police supervision for another 5 years.

Among them is political activist Mohamed Sultan, son of Salah Sultan, professor of Sharia at Cairo University, who has been imprisoned since the military coup in the summer of 2013.

Muhammad Sultan - who holds American citizenship and was sentenced to life imprisonment for 25 years - had entered into a long hunger strike, for a period of 495 days, and almost cost him his life, and as a result of his possession of an American passport and for fear of his death due to the strike in prison, the authorities asked him to give up his citizenship In exchange for his release and deportation to America, which happened in May 2015.

In decisions to release detainees who hold the nationalities of foreign countries and deport them to those countries, the Egyptian authorities rely on Law No. 140 of 2014, and stipulates in its first article that the President of the Republic may, based on the proposal of the Public Prosecutor and after the approval of the Council of Ministers;

Approval of the extradition of the accused and the transfer of the convicts to their countries, in order to try them or carry out the punishment as the case requires, whenever the supreme interest of the state so requires, without prejudice to the provisions of relevant international laws and agreements.

The same scenario was applied to the political activist and leader of the boycott of Israel movement, Rami Shaath, who holds Egyptian citizenship based on his Egyptian mother.

Although Shaath is the son of a senior leader in the Palestine Liberation Organization, former minister Nabil Shaath, this did not prevent the Egyptian authorities from arresting him for two and a half years in 2019 on charges of aiding a terrorist group and spreading false news about the economic and political situation in Egypt.

His wife - who holds French citizenship - made great efforts to pressure the authorities in Egypt to release him, and the security services agreed to release him on the condition that they implement what had previously been done with Muhammad Sultan, which is to give up Egyptian citizenship, and after his approval he was deported to France.

Before Shaath, the same incident was repeated with the Egyptian journalist Mohamed Fahmy, who holds Canadian citizenship and was sentenced to 7 years in prison. Because of the Canadian pressures, the Egyptian authorities asked him to give up his Egyptian nationality in exchange for his release and deportation to Canada. Fahmy agreed and was deported in 2015.

On the other hand, the Egyptian authorities released activist Aya Hegazy, who holds American citizenship, without giving up her Egyptian citizenship.

Aya - born in Egypt to an Egyptian mother and a Lebanese father - holds American citizenship, and she and her husband were detained by the Egyptian authorities in 2014 on charges of human trafficking, and in the face of American pressures, she was released, and former US President Donald Trump received her at the White House.

Detainees did not benefit from foreign citizenship

While the foreign passport served as the compass of life for a large number of detainees in Egyptian prisons, there are others who were not saved by foreign citizenship, including those who died imprisoned, such as Mustafa Kassem, who had American citizenship and was arrested in 2013 and sentenced to 15 years in prison.

Qassem submitted a request to relinquish Egyptian citizenship in exchange for his release and deportation to America, and in the face of the Egyptian authorities’ ignoring of his request, Qassem decided to go on hunger strike, but he died in prison, and David Schenker, the former US Deputy Secretary of State for Middle Eastern Affairs, said that he was sad for Qassem’s death, and that his death was Tragically it could have been avoided.

Mustafa Kassem was not the only exceptional case whose foreign nationality did not save him from prison;

The detainee, Naglaa Younis, who holds American citizenship, also submitted a request to relinquish Egyptian citizenship and deport her to America, but her request was rejected, and she is still in prison until now.

In this context, American political science professor at Johns Hopkins University, Khalil Al-Anani, says that citizenship in exchange for freedom has become the only way out for political detainees in Egypt, especially the well-known activists among them, as happened before with activists Rami Shaath and Muhammad Sultan.

Speaking to Al-Jazeera Net, Al-Anani believed that the theory of citizenship in exchange for freedom reflects two things: the first is contempt, racism and discrimination by the Egyptian authorities towards holders of Egyptian citizenship who are subjected to all kinds of oppression and restrictions, as he put it.

The second matter - according to the Egyptian academic residing abroad - is that foreign nationality is what guarantees the authorities' respect for the minimum rights of detainees, noting that this reflects "the authority's claims about patriotism and the prestige of the state and all this propaganda rhetoric that is used against political opponents."

Al-Anani described this situation as a situation that did not happen in the contemporary history of Egypt, including what happened during the era of former President Gamal Abdel Nasser (died in 1970) of widespread repression of politicians and activists of all currents, especially Islamic and communist, as he put it.