Ukrainian MP and businessman Viktor Medvedchuk, close to Russian President Vladimir Putin and on the run since the Russian invasion of Ukraine, has been arrested following a "special operation... 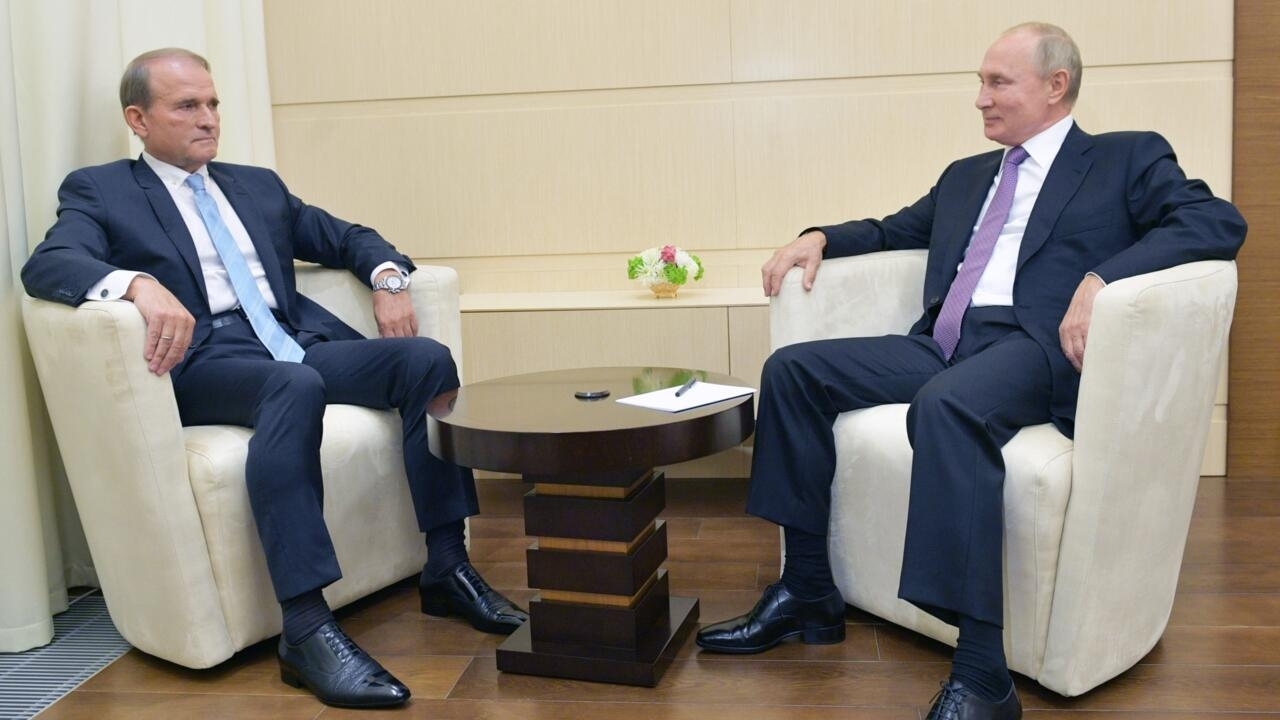 Ukrainian MP and businessman Viktor Medvedchuk, close to Russian President Vladimir Putin and on the run since the Russian invasion of Ukraine, has been arrested following a "special operation", Ukrainian authorities announced on Tuesday .

A special operation was carried out thanks to the SBU

“Ukrainian President Volodymyr Zelensky said on his Telegram channel, accompanying his message with a photo of Viktor Medvedchuk, handcuffed and dressed in a Ukrainian army uniform.

The SBU later confirmed his arrest, without giving details.

You can be a pro-Russian politician and work for the aggressor state for years.

You may be on the run.

You can even wear a Ukrainian military uniform to dress up... But will it help you escape punishment?

“commented the security services on Telegram.

The message is accompanied by a statement from the head of the SBU, Ivan Bakanov, who thanks his subordinates for having successfully led “

this exceptional and dangerous mission

offered on Tuesday evening in Moscow to exchange Viktor Medvedchuk for Ukrainians in captivity in Russia.

I propose to the Russian Federation to exchange this man for our boys and girls who are currently in captivity in Russia.

,” Volodymyr Zelensky said in a video address posted on Telegram.

And may Medvedchuk be an example for you.

Even the former oligarch did not escape.

Not to mention the far lesser criminals of the Russian hinterland.

We will have everyone

,” added the Head of State.

had been under house arrest since May 2021 after being charged with “high treason” and “attempted looting of natural resources in Crimea”, the Ukrainian peninsula annexed by Russia in 2014. On February 26, two days after the start of the Russian invasion of Ukraine, the Ukrainian police had noted his disappearance during a control visit.

there is a lot of

this needs to be checked first.

Viktor Medvedchuk, 12th fortune in Ukraine in 2021 with 620 million dollars according to Forbes magazine, is known for his links with Russian President Vladimir Putin who is, according to the person concerned, the godfather of one of his daughters.

He is the founder of the pro-Russian party "Opposition Platform-For Life", which had around thirty deputies in the Ukrainian Parliament before being banned in March, after the Russian attack.