A clash Manchester City - Real Madrid and a promising opposition between Liverpool and Villarreal await football fans in the semi-finals of the Champions League at the end of April, after the qualifiers... 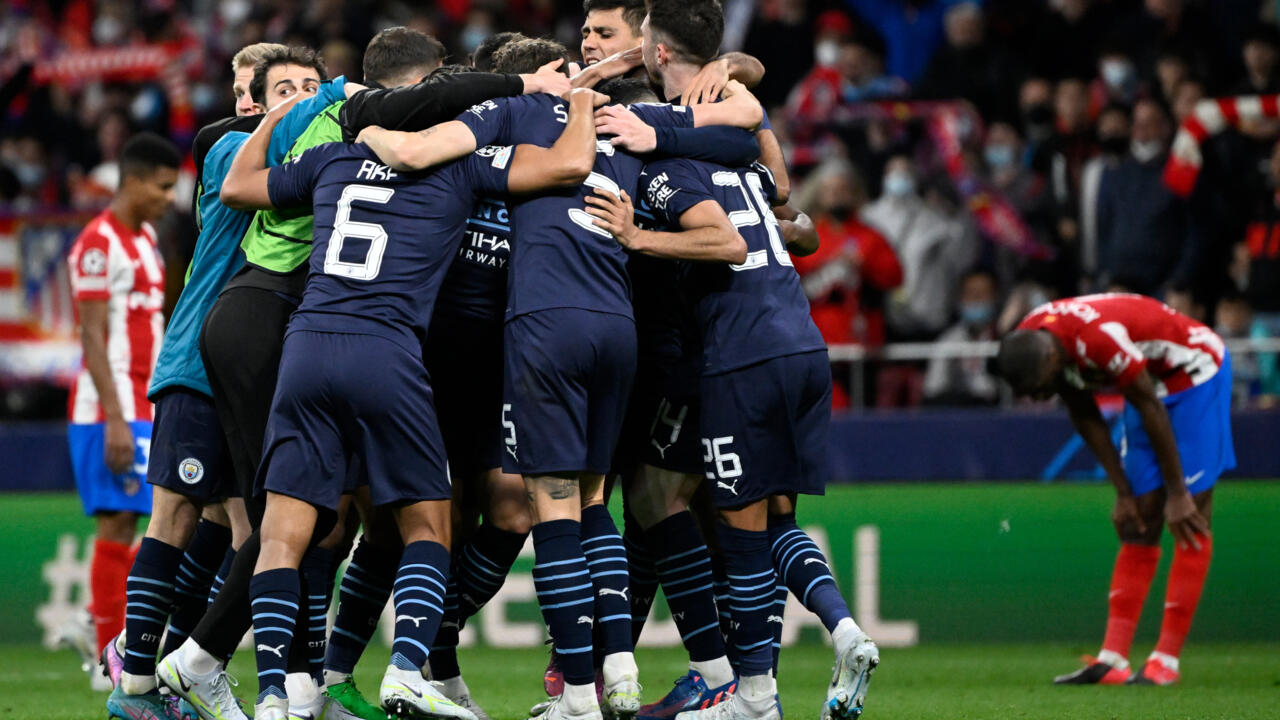 The Citizens and the Reds both maintained the advantage acquired in the first leg, by overcoming Atlético Madrid for the first (0-0, first leg: 1-0) and resisting against Benfica Lisbon for the second (3 -3, go: 3-1).

They have an appointment against the two Spanish teams on April 26-27 and May 3-4, for a place in the final.

City did not crack

Yet very playful in her temperament even if it means exposing herself, City has still not conceded a single goal in these final stages!

The success of Pep Guardiola's team is therefore total, against Diego Simeone's Atlético Madrid unable to find the fault despite a great intensity in the last half hour...

The English dominated less than a week earlier in England, they did not score, but they confirmed that their tactical system was in place, as difficult to stop as to break through.

Antoine Griezmann's partners discovered each other over the course of the match, and the Frenchman even almost scored with an unscrewed shot (57th).

The people of Madrid even pushed enormously in the final moments, without success, before a sour end to the match and a red card sent to Felipe.

The Mancunians, defending finalists, will have to monitor the physical condition of Kevin De Bruyne and Kyle Walker, who came out slightly injured.

But their dream of finally lifting the cup with big ears is safe, with this third qualification for the semi-finals.

It will still be in Madrid, with a trip to the Bernabeu, to Real, for the return match in early May.

An enticing duel between the English offensive armada and Karim Benzema, who has already scored 12 goals this season in C1, including the last in extra time on Tuesday against Chelsea.

Real and City have faced each other six times in C1: two wins each, two draws, seven goals scored on either side.

The resistance of the Reds

The risk was enough to scare, but not to the French Ibrahima Konaté, providential scorer (21st) from the head … as on the way out, nor to Roberto Firmino, author of a double (55th, 64th).

Benfica, for its part, did not manage to be sufficiently dangerous to overcome the handicap of the first leg (3-1), despite a very good reaction, with the goals of Gonçalo Ramos (32nd), Roman Yaremchuk (74th) and Darwin Nunez (82nd).

The English find the last four of the competition for the first time since the year of their last coronation, 2019...

They have an appointment there against the surprise of this 2021-22 edition, Unaï Emery's Villarreal, Bayern Munich's unlikely scorer on Tuesday (1-1, first leg: 1-0)...

The poster is unbalanced, but it was already in the 2016 Europa League final, when Klopp and Liverpool had crossed Emery, at the time coach of Sevilla.