The special assize court heard this Wednesday, April 13 Ali Oulkadi, a close friend of Brahim Abdeslam. He is accused of having driven him to the airport, while he was going to Syria. But… 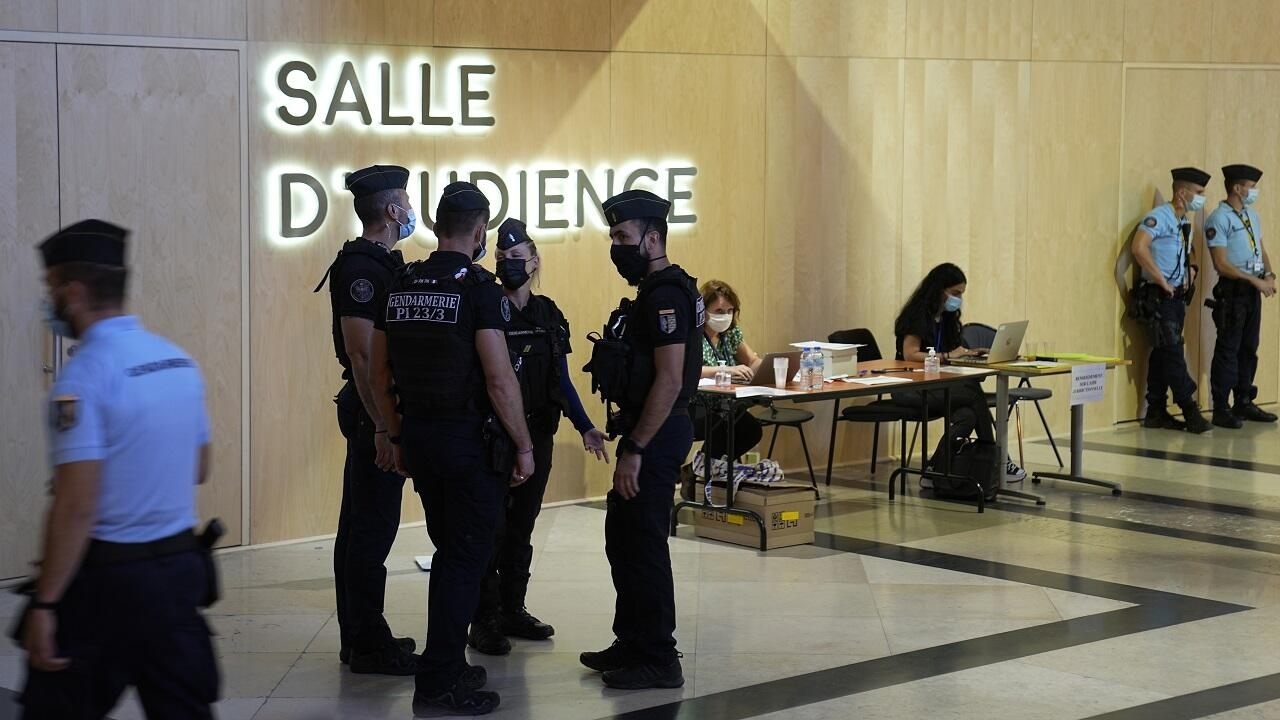 View of the interior of the Court of Assizes in Paris, September 8, 2021, on the occasion of the trial of the attacks of November 13, 2015. AP - Michel Euler

He is accused of having driven him to the airport, while he was going to Syria.

But he is above all accused of having assisted Salah Abdeslam in the aftermath of the November 13 attacks.

From our special correspondent at the Paris courthouse,

My daughter asks me:

'Dad, why are you going to work in France?'

She thinks I come to work, I can't find the words to tell her.

Salah, if you hadn't decided to call me that day, I wouldn't be here.

I am very angry with Salah and his brother, Brahim.

If I spent 31 months in detention, that I find it difficult to rebuild myself, me and my family, it is the fault of Salah Abdeslam, not of justice as I have been able to hear him say.

I want him to hear it.

At no time do I want to compare myself to the victims, but I don't deserve what I've been through all these years, I've been treated like a terrorist.

Mr. President, this is a question that haunts me

For a little over two hours, the 37-year-old accused who appears free explained the facts with which he is charged.

This day of November 14, 2015, in particular, where after a phone call from Hamza Attou which brought him back in the night from Paris, he found a Salah Abdeslam on the run.

Why is he contacting you?

Mr. President, this is a question that has haunted me for years.

You will ask him the question, I hope he will answer you.

It was there, in any case, that he learned of the death of Brahim Abdeslam and his involvement in the attacks.

He was one of my best friends, three days earlier we were still playing cards.

It was I who won, I remember this detail.

Knowing he was involved in this was insane.

On the evening of the 14th, he even sent a text message to Brahim Abdeslam, of whose death he had just learned.

What are you doing?

I couldn't believe it

In the café where they meet, Salah Abdeslam is in a panic, his name comes up again and again in the rental cars and apartments that were used by the terrorists.

He tells me he's burned out.

I sensed someone who was in distress, who had been trapped.

At no time did I feel like I was helping a terrorist.

The court finds it hard to believe that he does not ask more questions about the role of Salah Abdeslam during the twenty minutes they spend together.

He didn't tell me about an explosive belt or a Kalashnikov.

If he had told me all that, it wouldn't have happened the same way.

For the rest, it's confused, I'm sorry, I don't remember.

“A failing memory that neither the court nor the prosecution will manage to awaken.

Ali Oulkadi, on the other hand, remembers Salah Abdeslam guiding him to drop him off in another neighborhood.

In reality, near one of the hideouts of the terrorist cell where Abdeslam passed out until his arrest four months later.

“At the time I thought of myself, I was selfish”

In the week that followed, before his arrest on November 22, Ali Oulkadi no longer ate or slept.

He hesitates to go to the police, is on the verge of talking to his brother.

You are aware that at this time, you are the one who has the most precise information concerning the location of Salah Abdeslam

”, indicates to him the general counsel, Nicolas Braconnay.

If you know how much I blame myself, I owe everyone an apology, first of all to the victims.

Of course now I realize that.

At the time, I thought of myself, I was selfish, I was afraid of being involved in this story.

At the invitation of his lawyer Me Marie Dosé, he speaks one last time.

I think back to what was broadcast two weeks ago on the Bataclan.

The shootings made my blood run cold.

I think of what the victims have gone through.

And I would like to sincerely thank from the bottom of my heart the civil parties who came to say hello to me, who came to say a few words to me this morning, at the entrance to the palace.

You don't know how heart warming that is.

The president announces a recess.

Victims recognizable by the red or green cord they wear around their necks come to start a discussion with him.