Ukraine's security services said on Tuesday they had arrested pro-Russian politician Viktor Medvedchuk, who is the closest and most influential ally of the president... 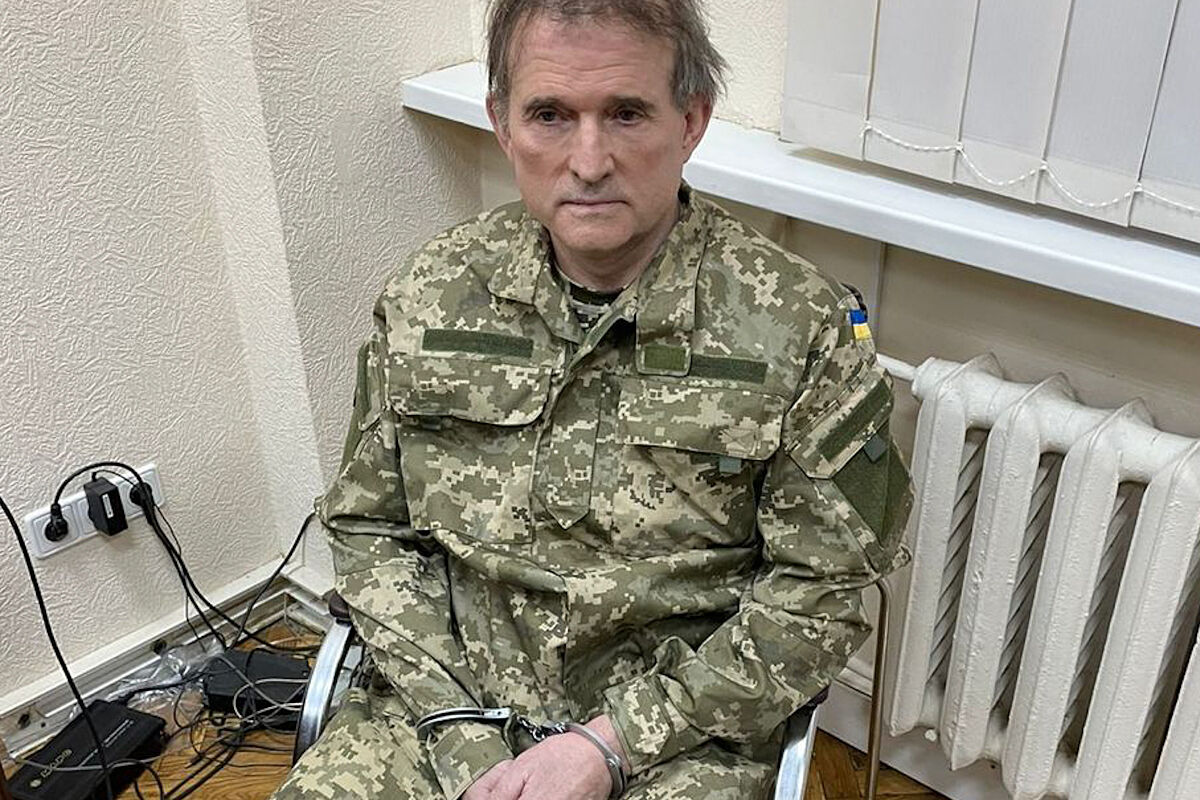 said on Tuesday they had arrested pro-Russian politician

Viktor Medvedchuk, who is President

's closest and most influential ally

had previously posted a photo of a handcuffed and tired-looking Medvedchuk, who

says Putin is his daughter's godfather.

"A special operation was carried out thanks to the SBU (Ukrainian security services, ndlr). Bravo!" Zelensky said on his

said that Medvedchuk, the leader of the

against Medvedchuk, who denies any wrongdoing.

"You can be a pro-Russian politician and work for the aggressor state for years. You may have been hiding from justice lately. You can even wear a Ukrainian military uniform to camouflage yourself," the security services said in an online post.

"But will it help you escape punishment? Not at all! The shackles are waiting for you and the same goes for traitors to Ukraine like you."

had been under house arrest since 2021

a Ukrainian peninsula annexed by Russia in 2014.

two days after the start of the Russian invasion, the police confirmed that he

as saying that his agents had "carried out a dangerous and ultra-fast multi-level special operation" to arrest Medvedchuk, but gave no details.

Last month, Zelensky said that the Opposition Platform - For Life, which is Ukraine's largest opposition movement, and several other smaller political parties with links to Russia had been suspended.

For his part, a Kremlin

said he could not know if the photo was real or a doctored image.