C1: Benzema qualifies Real for the semi-finals after an epic match

Heroic Karim Benzema! With a goal in extra time, the French center-forward, author of a hat-trick in the first leg (3-1), qualified Real Madrid for the semi-finals of the Champions League after a… 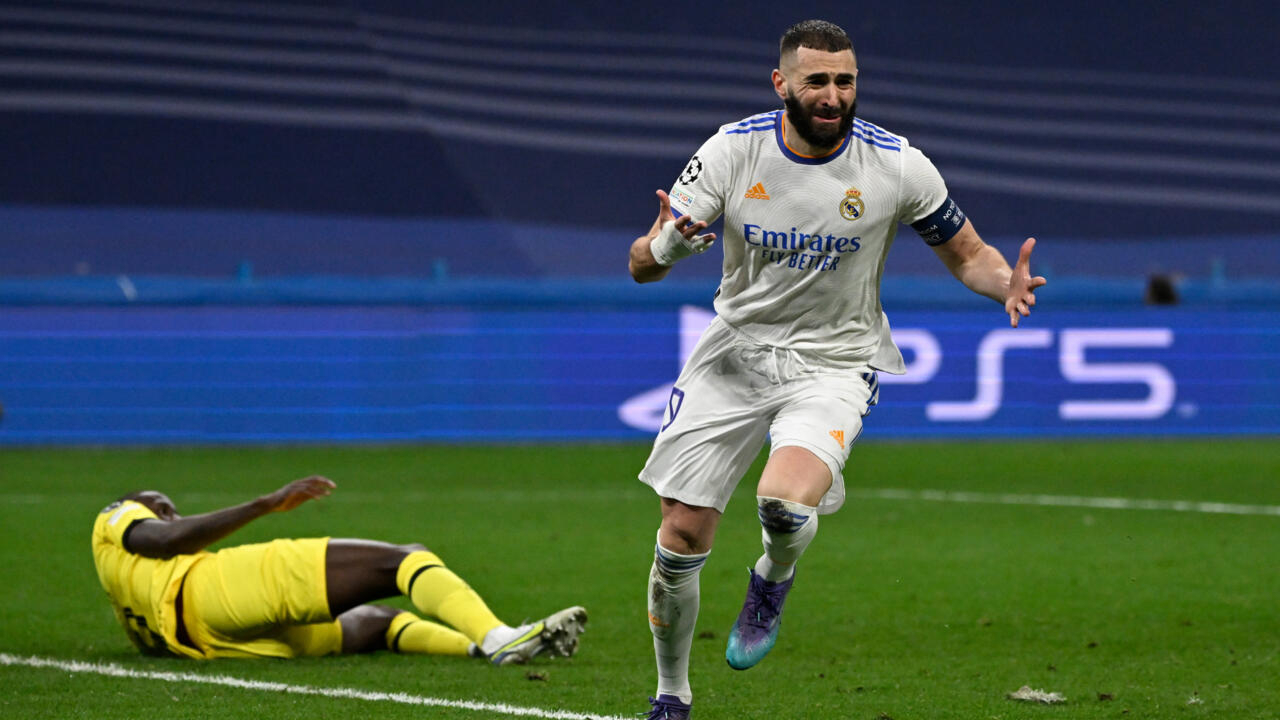 At the end of the night, always the same savior: Karim Benzema, favorite for the Ballon d'Or, concluded with a header in the 96th a cross from his young compatriot Eduardo Camavinga to hoist the Kings of Europe to thirteen European crowns towards the last four, and bury a Chelsea already heavily affected by extra-sporting torments.

The "dream scenario" requested by Thomas Tuchel after the first leg almost took place, but a year after eliminating Real in the semi-finals of the competition behind closed doors (1-1, 2-0), the champion Europe in title fell in turn at the Bernabéu.

The Londoners, dominating a large part of the match, opened the scoring in the 15th minute on a ball delivered in a lucky way by Timo Werner and propelled into the back of the net by Mason Mount, who himself offered the assist of the second goal of the Blues from a corner, for a crossed header from Antonio Rüdiger, abandoned at the far post.

After a goal by Marcos Alonso canceled by decision of the VAR (one hand) in the 62nd, Werner, on a similar action, believed to bury the hopes of the "White House", but in the 80th, the young Rodrygo, entered two minutes earlier, revived Real Madrid with a recovery of the right to send the two teams towards an extension which was going to be fatal to the English.

Thomas Tuchel's men, who felt after the first leg that the task was "incredibly difficult", almost succeeded in their impossible bet in a turbulent period, after their former owner Roman Abramovich was put out of play, who saw his assets frozen in the UK and looking to sell the club.

Boosted on his bench, the German technician ended up falling against the placid Carlo Ancelotti, who had bet on the oldest eleven in the history of Real Madrid in the Champions League (29 years and 293 days).

"Don't play with the King", warned the tifo deployed by the Merengue supporters before kick-off.

And the prophecy continues for the people of Madrid, who have simply never lost more than a goal to an English club in their history.

The white defense, almost unprecedented, however, had great difficulty against the fast and vertical play of the Blues.

In the absence of Eder Militao, suspended for cumulative yellow cards, it was Nacho who was chosen to replace the central defender alongside David Alaba.

The only change in the Madrid XI from the first leg.

But enough to destabilize the white curtain.

At the hour mark, Real thought it was going to be eliminated by one of its children.

After a short period of dominance, Marcos Alonso, the Spanish left-back trained at Real, shot Courtois from the right but the referee canceled his goal with the help of VAR, for a handball before his strike.

And in the process, in the 66th, Karim Benzema got the best merengue opportunity, but his header kissed the crossbar, unlike the first leg, where he had offered a header festival.

Another legendary evening for "KB9", acclaimed by the whole stadium after his goal.

After an already incredible hat-trick against Paris Saint-Germain in the round of 16 second leg and a hat-trick at Stamford Bridge six days ago, at 34, Benzema continues to inscribe his name in gold letters in the history of Real. Madrid and the Champions League.