The internal storm that had arisen in recent days within the Galician PP to seek a successor to Alberto Núñez Feijóo seems to be close to dissipating. Yes ok... 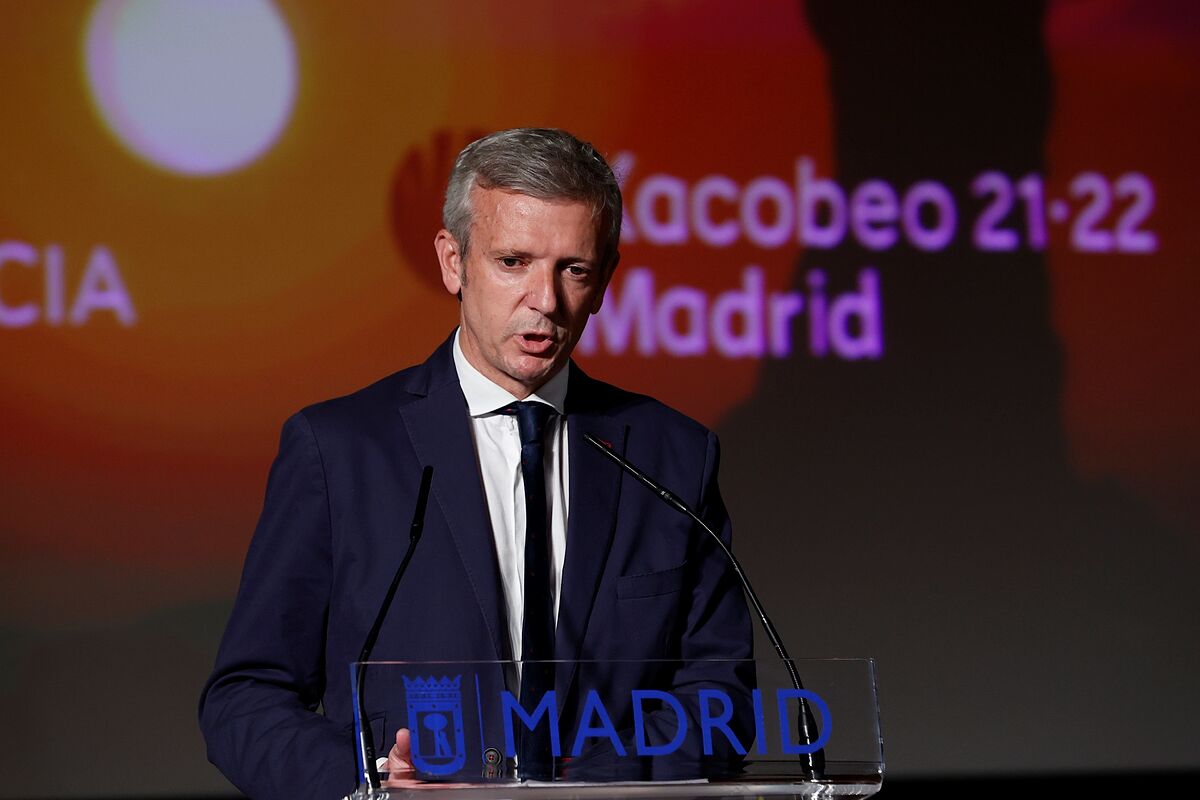 The internal storm that had arisen in recent days within the

PP to seek a successor to Alberto Núñez Feijóo seems to be close to dissipating.

Although it is not a serious crisis, it was unforeseen in the context of stability and unity established by the Galician baron in his 16 years of leadership and from within the party there were already voices that urged a solution to avoid a deep fracture.

And the first step towards calm is brought by one of its strongest territorial leaders,

, the first party heavyweight in the community to put the name of a substitute on the table.

, Feijóo's right-hand man for years and leader of the formation in

did not make it necessary to think of a substitute in the short term, so that his sudden jump to Madrid to placate the serious crisis surprised the Galician PP without a clear substitute for any of the two positions and fissures arose between those in favor of the leadership of the party appointing the successor by finger so that it would be a quick and calm process and those who were committed to opening the election to the militancy.

In the triplet of succession there would be three names.

, provincial leader from A Coruña;

and a less likely

, spokesman for the party in Parliament and architect of the latest electoral programs.

Baltar is the first to tip the scales and he does so towards Rueda.

At the official level, nobody talks about crisis or fracture, and there is no clear candidate either, but the discrepancies had been evident for days.

José Manuel Baltar himself was, along with Diego Calvo, the first to disagree, asking to organize a congress and for the members to speak.

With the two succession formulas on the table, Feijóo himself had to come to the rescue.

He resisted taking a stand, but in the end he was in favor of a congress.

Behind him, a cascade of opinions in favor.

Rueda valued that if it was what the party agreed, it would be a "good decision";

and Puy, who sees it as the "most appropriate" mechanism.

, Feijóo seeks the opinion of the main leaders of the party in Galicia and then the leadership will make a final decision, although the formula of the congress seems to be the only one on the table.

And that a single candidate could attend, Rueda.

From the PP, a relief agreed upon internally is sought, without airing the dirty laundry and calming the waters.

These Feijóo conversations these days are also focused on agreeing on a unitary list, with a consensus candidate that brings together all the internal sensitivities of the party.

What the baron has achieved at the state level and has been having in Galicia for years.

In an interview with Europa Press, Baltar insisted on a congress "as soon as possible" and explicitly supported Rueda, the "most prepared" for a PP "marked by the word unity."

His support has the double symbolism of holding one of the strongest territorial powers - Ourense - and that he was the first to ask for a congress and now the first to give his support.

It is symptomatic at this point that Calvo, appointed as president of the Electoral Committee of the new PP, did not attend the last two meetings of the Management Committee in Genoa.

Raising him to this position was interpreted as an evident support of Feijóo and his absence suggests a certain discomfort.

The calendar is up in the air.

Feijóo has already said that he would like to settle the succession in May, both in the party and in the Xunta, and, since 30 days are required from the call, it does not seem likely that it will be held in the first fortnight.

The weekend of May 20 and 21 will be the Madrid conclave that will elevate Isabel Diaz Ayuso as regional president, so that the Galician could stay for 28 and 29.

On that date, the leader of the PP would be elected and the succession in the Government would be settled.

The new president must be chosen by Parliament from one of the 42 deputies of the PP - a condition held by both Rueda and Calvo - and he does not necessarily have to be the president of the party, but among the 'popular' Galicians they are not in favor of bicephaly, but of that the same person leads the party and directs the Xunta, so that the person elected in that congress would also be subject to the confidence of the PP deputies who have a majority in the Chamber.